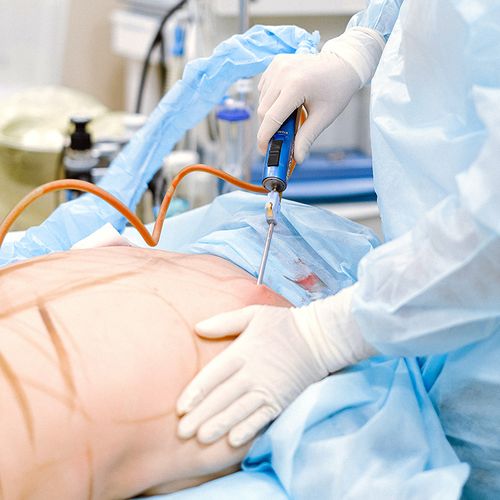 Americans set a new record in 2012 for the number of cosmetic procedures performed. All told, there were 13.8 million face-lifts, nose jobs, liposuctions, Botox injections and other elective procedures done for beauty's sake.

But some of these quick fixes aren't what they're cracked up to be, and not every potential patient is well-suited for a nip, tuck, implant or injection. What's more, some of these procedures carry little-known and often seriOus-risks.

Secret #1: You can't stop the clock. Some patients assume that a face-lift is a long-term fix. But that's a myth.

What most people don't realize: It's true that a good face-lift (with a typical cost of $8,000 to $15,000)* can take several years off your appearance and last for 10 or more years. But the moment surgery is over, the clock starts ticking again, and droopy jowls, wrinkles, etc., eventually will return.

There are, however, alternatives to going under the knife. For example, a laser procedure ($2,000 or more) can, to a somewhat lesser extent than a face-lift, tighten skin for the short term (about one to three years).

Secret #2: Fillers can make you go blind. Among the fastest-growing cosmetic treatments are soft-tissue fillers that can plump up lips, soften facial wrinkles and minimize folds around the nose and mouth. The most popular of these-used 1.3 million times last year in the US-is hyaluronic acid, better known as Juvé derm or Restylane. This substance is extracted from rooster combs or derived from bacteria in a laboratory setting

*Elective cosmetic procedures that do not correct a functional defect are usually not covered by insurance.

What most people don't realize: Injecting hyaluronic acid between the eyebrows to diminish furrows that make an individual look angry (at about $600 a pop) can, in rare cases, cause instant, incurable blindness.

The ophthalmic artery-part of the internal carotid artery that supplies the eyes with blood-can accidentally be injected with filler, irreversibly clotting the artery. Even an experienced plastic surgeon can make this mistake. That's why I advise patients to avoid any between-the-brow fillers.

Hyaluronic acid can, however, be safely injected into the lips and nasolabial folds (laugh lines).

The best treatment to correct eyebrow furrows is Botox ($325 per treatment), which does not carry the same risk for blindness. Headache commonly occurs after the procedure but is only temporary. Receiving Botox injections every three to four months will eliminate angry" furrows without potentially robbing you of your eyesight.

Secret #3: A brow wax is often as effective as a surgical "brow lift.” More than 28,000 Americans received brow lifts (also called forehead lifts) last year at an average cost of about $5,000.

With this procedure, the surgeon makes an incision along the front of the scalp so that he/ she can peel back and "lift" the forehead in order to give the patient a more youthful, well-rested appearance. However, a far less invasive and less expensive procedure offers similar or even better—results.

What most people don't realize: A simple brow wax ($15 to $30) reshapes the arc of the eyebrow, which gives the appearance of "lifting" the eyebrow several millimeters, just as surgery does. The trick?

A good brow wax removes hair from the lower area of the eyebrow, not from the top. The beneficial effect is especially noticeable if the person starts out with bushy eyebrows and goes to a professional aesthetician for the service.

Secret #4: Fat sucked out during liposuction may come back. Some plastic surgeons tell their patients that body fat removed during liposuction-a surgical procedure that can "sculpt" problem areas such as the thighs and buttocks by removing up to 12 pounds-is gone for good.

What most people don't realize: The jury is still out on the long-term results of liposuction, the third most popular plastic surgery in the US, with a cost of up to $10,000.

A 2011 study, published in Obesity, concluded that with liposuction the body merely redistributes fat to untreated areas-especially the abdomen, shoulders and arms, which leads to a top-heavy "Popeye effect."

Meanwhile, a 2012 study, published in Plastic and Reconstructive Surgery, found that fat sucked away during liposuction had not returned one year later-perhaps living up to the promise of permanence (barring any significant weight gain).

Ask for Less Blood to Be Drawn

Drawing blood too many times may cause hospital-acquired anemia in patients with acute myocardial infarction.

Recent finding: For every 50 milliliters of blood drawn, the risk for anemia rises by 18%. Drawing just under one-half pint of blood can lead to moderate-to-severe anemia.

Self-defense: Ask your doctor if the amount of blood drawn can be reduced or if pediatric-sized blood tubes can be used.

A review of 163 randomly selected blood samples found that results from 40% of patients screened by doctors with Abbott's Architect test and 48% with Siemens' Centaur-2 test were either more than 25% too high or more than 25% too low when compared with a widely used definitive testing method called liquid chromatography/mass spectrometry (LCMS). The Abbott and Siemens tests, which were introduced in 2011, most often overestimated vitamin D deficiency.

If you need a vitamin D test: Ask your doctor to make sure the lab uses the LCMS test or the radioimmunoassay blood test, which is also considered to be highly accurate.

Of course, diet and exercise are ultimately the best ways to lose weight and shape your body.

Secret #5: Some people should see a therapist instead of a surgeon. Cosmetic surgery is simply not advisable for some individuals who have it.

What most people don't realize: Up to 15% of people seeking cosmetic enhancements have a condition known as body dysmorphic disorder (BDD), sometimes called "imagined ugliness" because sufferers obsessively fixate on perceived physical defects that do not seem prominent to others. To a person who has BDD, a small, hardly noticeable bump on the nose, for example, could, in his mind, be a real deformity.

Some opportunistic plastic surgeons view BDD patients as "cash cows." That is because there is seemingly no end to the flaws these patients notice on their faces and bodies, and they are usually willing to pay big bucks to "fix" these supposed defects.

In my practice, I’d estimate that one of every six or seven people I see has BDD. I won't treat these patients but, rather, gently suggest that they'd be better off seeing a psychiatrist or other mental health professional. This is often a difficult message for these patients to receive because they have a skewed perception of reality. But it's the right thing to do! 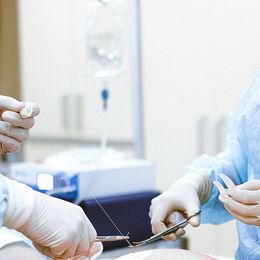 Thumbs Up or Down for Mini-Bunion Surgery?

Why We Need Compounding Pharmacies 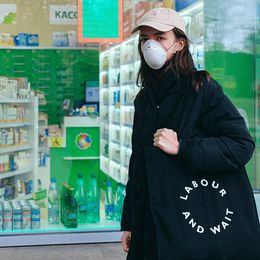