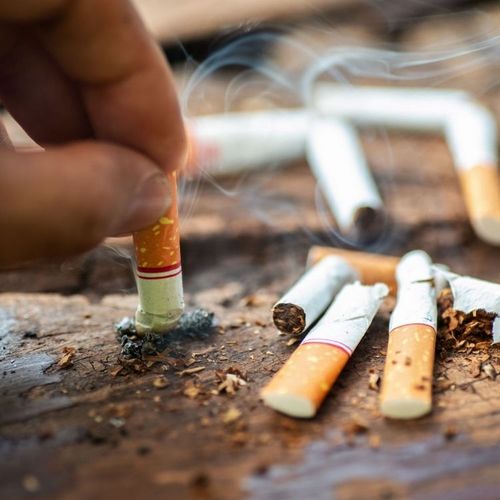 The #2 Cause of Cancer

People tend to think that cancer is caused only by unhealthful habits, such as smoking, or environmental factors, including exposure to asbestos or excessive sunlight. They don't realize that cancer often is triggered by an infectious disease.

The shocker: At least 25% of malignancies are caused by viruses, bacteria and parasites. After smoking, infection is the leading cause of cancer.

Although millions of Americans are infected with cancer-causing organisms at some time during their lives, most of these people don't develop cancer as a result. There are additional risk factors that work in tandem with infectious microbes to trigger the biological changes that lead to cancer.

Viruses are the main cancer-causing organisms, followed by bacteria and parasites.

Primary ways that these organisms cause cancer...

Some viral genes, known as oncogenes, cause cells to divide much more rapidly than usual. Rapid cell division increases the odds of genetic "mistakes" that can lead to cancer. Viruses also inhibit our body's natural ability to destroy damaged cells, which may otherwise continue to grow and divide in ways that make us more vulnerable to cancer.

Numerous cancers are believed to be caused, in part, by infectious organisms. The most common cancer-causing infections—and steps you can take to protect yourself…

Self-defense: Ulcer patients are routinely tested for H. pylori and treated with antibiotics if infection is present. Once the bacterium is eliminated, the risk for ulcers drops significantly. It is not yet known if treating bacteria will help prevent stomach cancer. Patients with a family history of stomach cancer should talk to their doctors about getting tested for H. pylori.

Also helpful: Eat a nutritious diet that is rich in fruits and vegetables and low in salt and food preservatives known as nitrates. Such a diet may reduce cancer risk.

The risk that an individual patient who has had mononucleosis will go on to develop Hodgkin's disease—or non-Hodgkin's lymphoma, which also is associated with the EBV virus—is still very low.

The main risk for non-Hodgkin's lymphoma appears to be in patients who have severely compromised immune systems—for example, those who have undergone transplant surgery and/or are taking immune-suppressing drugs.

Self-defense: Transmission of EBV is impossible to prevent because many healthy people can carry and spread the virus for life. People who receive transplants and immune-suppressing drugs should ask their doctors about symptoms of EBV-related malignancies. Decreasing immunosuppression can often reverse lymphoma when caught early.

At greatest risk: People who have sex with infected partners...and drug users who share needles.

Most cases of HBV are acute, lasting six months or [ess. This form of hepatitis is not linked to cancer. However, the chronic form of HBV which is almost always acquired in childhood and lasts for more than six months, greatly increases the risk for cirrhosis (destruction of normal liver tissue) as well as liver cancer.

Self-defense: All newborns are now given the HBV vaccine. It's also recommended for children ages 18 years or younger who weren't previously vaccinated. Adults don't require the vaccine for cancer prevention—but it is recommended for those in high-risk groups because it can reduce the risk for long-term liver disease.

Among those who should get the vaccine: Health-care workers...those who are sexually active with people who may have HBV and/or have household contact with them...and dialysis patients.

About 5% of patients with HCV will develop liver cancer. A much higher percentage will develop cirrhosis or other chronic liver diseases* usually decades after the initial exposure.

Self-defense: In addition to the high-risk practices mentioned above, do not share razors, toothbrushes or nail clippers in households with an HCV-infected person. Patients who received a blood transfusion prior to 1992, or who engage in high-risk practices, should be tested for HCV.

Treatment depends on the type and extent of the HCV infection. For example, a combination of interferon (such as PEG-Intron) and an antiviral drug called ribavirin (Rebetol) can eliminate infection in 50% to 80% of cases.

Fortunately, only a small percentage of women with HPV go on to develop cervical cancer. There also are relatively harmless forms of HPV, such as those that cause genital warts-these do not increase cancer risk.

A new HPV vaccine appears to be extremely effective. It is now available.

The use of condoms and other safe-sex practices aren't very effective at preventing the spread of HPV. That's because condoms may not cover enough of the penis to prevent exposure. The virus also can be transmitted by hand-to-genital contact.

Self-defense: Women should get regular Pap tests to look for precancerous changes in the cervix. The American Cancer Society recommends an HPV test in addition to a Pap smear for women ages 30 and older. The cure rate for cervical cancer is about 90% when it's detected at an early stage. 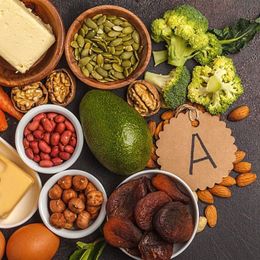 Vitamin A vs. Cancer 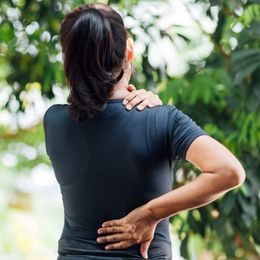