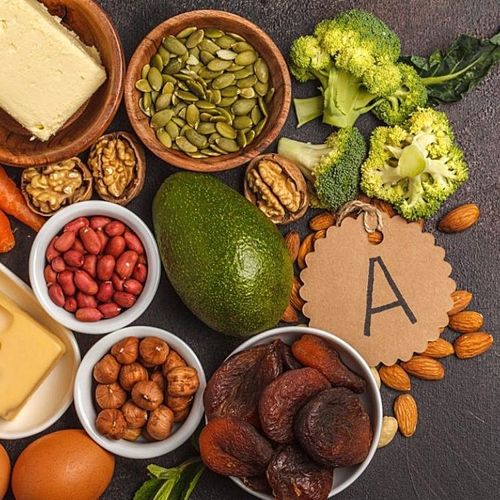 Vitamin A vs. Cancer

Vitamin A has traditionally been known for its role in helping to prevent night blindness (a condition in which you cannot see well in dim light).

In fact, that's why carrots, which are rich in beta-carotene (a vitamin A precursor), are said to be so good for your eyes.

Now, scientists are identifying new health benefits of the vitamin.

Recent finding: Researchers at the Harvard School of Public Health analyzed the diets of 450 men without prostate cancer. Among those under age 65, the men with the highest dietary intake of beta-carotene were 36% less likely to develop prostate cancer than those with the lowest intake.

How vitamin A could potentially help you...

WHAT VITAMIN A DOES

Vitamin A was discovered in 1920. As one of the first known vitamins, it was designated by the first letter of the alphabet.

Vitamin A helps prevent night blindness because it is a crucial component of rhodopsin, a light-sensitive molecule in the eye. It also helps maintain the health of the cornea (the front of the eye), guarding against the development of blindness, especially in children.

In addition to its beneficial effects on vision, vitamin A helps keep almost all the surfaces of the body healthy—the skin, the mucous membranes and the linings of the respiratory urinary and intestinal tracts.

Vitamin A also improves the function of the immune system by supporting the action of various infection-fighting immune cells, such as neutrophils, macrophages and natural killer cells. In addition, it helps with reproduction, aiding the production of sperm and the development of eggs.

WHERE VITAMIN A IS FOUND

Foods of animal origin (egg yolks, liver and milk products) contain a preformed version of vitamin A known as retinol, Some fortified foods, such as low-fat milk and breakfast cereals, are supplemented with this highly usable form of vitamin A.

HOW MUCH DO YOU NEED?

The federal government sets a daily recommended dietary allowance (RDA) for vitamin A.

This amount includes vitamin A derived from retinols (found in foods of animal origin) and carotenoids, such as beta-carotene (derived from brightly colored fruits and vegetables).

Approximately 56% of Americans do not meet the RDA for vitamin A, according to the US Department of Agriculture. This segment of the population is believed to have a generally poor diet that includes significant amounts of fast foods and other low-nutrient food products.

Because vitamin A is fat-soluble (that is, it is stored in the liver and does not dissolve in water), it takes longer for a deficiency to develop than it would with a water-soluble vitamin, such as vitamin C.

Many Americans may suffer from a subclinical deficiency, a low level of vitamin A that has no observable symptoms. This type of deficiency could diminish a person's ability to recover from significant stress, such as a maior illness or operation.

People who have illnesses that inhibit the absorption of nutrients, such as Crohn's disease (an inflammatory bowel disorder) and celiac disease (an intolerance to gluten, a protein found in barley, wheat and rye), should ask their doctors whether they would benefit from a vitamin A supplement. Vegans, who consume no foods derived from animals, including eggs and dairy products, also may need a vitamin A supplement. A multivitamin typically is a good choice.

CAN YOU GET TOO MUCH?

Vitamin A toxicity has been well studied by scientists.

It's important to remember, however, that while these studies show an association between increased intake of vitamin A and bone problems, they do not prove that the nutrient causes bone loss.

Best advice: Postmenopausal women who are concerned about vitamin A-related bone loss should make sure that the nutritional supplements they take do not contain a total amount of vitamin A that exceeds the RDA.

To test the theory, in two studies conducted a decade ago, men at high risk for lung cancer (those who smoked a pack a day or more for decades. ..and/or were exposed to lung-damaging asbestos) were given 20 mgto 30 mg daily of supplement al beta-carotene for approximately six years. More of these men got lung cancer than a similar group who did not receive beta carotene supplements.

Researchers explain this increased lung cancer risk by noting that the high-risk men who were studied had received 80 times more of a highly absorbable form of supplemental beta-carotene than the amount usually consumed from fruits and vegetables in a typical diet found in the epidemiological studies. As the study participants' bodies attempted to break down and eliminate this high dose of beta-carotene, harmful byproducts were created that promoted the development of cancer in the lung.

Best advice: Get your beta-carotene from food.

VITAMIN A AS MEDICINE

Caution: The acne drug isotretinoin can cause severe side effects, including birth defects, and should be used only under close medical supervision. 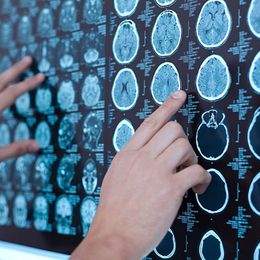 The #2 Cause of Cancer 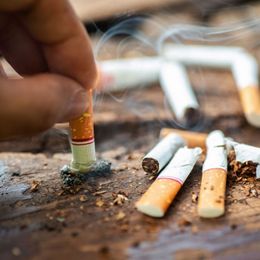