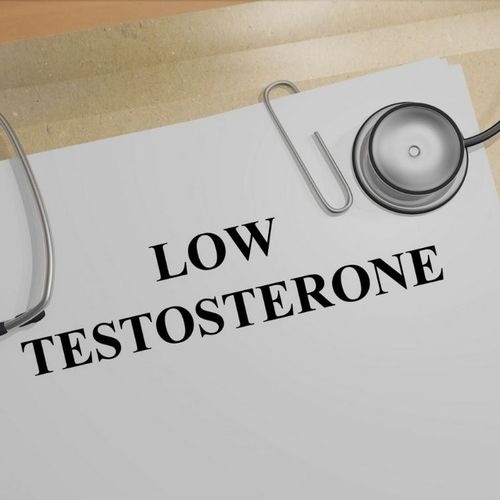 If you're a middle-aged or older man and are feeling irritable, depressed or fatigued...are I having trouble concentrating...losing muscle mass and strength and/or putting on more body fat...losing bone density, as indicated by a bone-density test...or experiencing a decreased sex drive or difficulty achieving or maintaining an erection.. .then you might be one of the estimated 5 million men in the US with abnormally low testosterone levels, or hypogonadism.

It's estimated that only one out of 20 men who has low testosterone is currently being treated.

Good news: All it takes is a simple blood test to determine if you have low testosterone. If you do have low testosterone, the latest form of testosterones replacement therapy (TRT), in which the hormone is applied to the skin as a gel, is safe and effective and can begin to reverse all of the above symptoms almost immediately.

Why Is Testosterone Important?

Testosterone, the most powerful of a group of male hormones known as androgens, is Largely responsible for men's growth of facial and pubic hair and deepening of the voice, as well as increased muscle and bone mass, sex drive and, to some extent, aggressiveness. Although testosterone is present in both sexes, women typically have only one-tenth the amount of testosterone that men do.

In men, a normal blood testosterone level is generally considered to be between 300 and 1,000 nanograms per deciliter (ng/dL). Testosterone levels tend to be highest in the early morning hours, and then go down somewhat as the day progresses.

As men get older, however, testosterone levels gradually decline. This occurs most acutely after age 55, but the decline can also be noticeable among men in their 50s and even 40s. Testosterone levels vary greatly from patient to patient, and drops are relative to each patient's starting level-which is usually not known.

There can be many causes for decreasing levels, but the most common is testicular failure-the testicles "wear out" and fail to produce enough testosterone.

Low testosterone has long been associated with decreased sex drive, but researchers are now discovering that low testosterone levels can cause numerous other negative health effects (in addition to those already mentioned), including reduced fertility, loss of body hair reduced muscle mass and strength, problems sleeping and an increased risk of depression.

In addition, men who have several chronic conditions are also much more likely to have low testosterone levels. These conditions include type 2 diabetes, cardiovascular disease, chronic renal failure, obesity, hypertension, insulin resistance (prediabetes) and HIV/AIDS. If you have any of these conditions, it's important to get treatment for the underlying medical problem and a blood testosterone test to see if you might benefit from TRT as well.

You can visit your doctor specifically to get a screening testosterone level blood test, or you can request to have it done as part of your annual checkup.

The accuracy of lab tests is far better than it used to be, and testing of free circulating testosterone (not the testosterone that is bound to protein in the body) is also now available. Your doctor may also do this test if your levels in the screening test indicate a problem. Among men who have low testosterone, what we typically see are levels in the 150 ng/dL range-approximately half of what is considered the minimum normal level. These men are prime candidates for TRT to bring blood levels into the normal range (higher than 300 ng/dL).

In addition to ordering a blood test, your primary-care doctor can also prescribe TRT treatments. If he/she is unfamiliar or uncomfortable using TRT, however, you should consider seeing a urologist or endocrinologist for treatment.

One reason doctors have been reluctant in the past to check the testosterone levels of male patients who are depressed, overweight or lacking in energy is that they had no good tools for treating low testosterone. One older treatment, injection therapy, requires frequent visits to the doctor for shots and produces uneven testosterone levels, which spike drastically after in1'ection, and then decline steadily afterward. Testosterone pills carry a high risk of liver damage because of the strain put on the liver as it breaks down the testosterone. And the earliest testosterone treatment-patches, introduced in the early 1990s-were safer than pills but caused skin irritation in many patients.

On the other hand, the latest testosterone treatment-gels-have proven to be very safe and nonirritating. They are effective at raising testosterone levels back into the normal range.

Gels are more effective than patches, which are rarely used anymore, and have fewer side effects. An added benefit of these gels is that, when applied in the morning, they come close to mimicking the normal daily fluctuations in testosterone levels-high in the morning, lower at night.

There are currently two FDA-approved gels. AndroGel is scent-free, but takes up to two hours to dry completely. Testim has a slightly musky scent and dries a little more quickly on the skin.

The recommended method is to apply a 5-gram packet of gel (approximately the size of a fast-food ketchup packet) containing 50 milligrams (mg) of testosterone in the morning to the shoulders, upper arms and/or abdomen. After applying, wash hands carefully, cover the treated area with clothing and avoid bathing or swimming for six hours.

After applying either type of gel, avoid skin-to-skin contact of that area with your partner or any other family members until the gel has dried completely. Otherwise, they may experience elevated testosterone levels as well. (If your female partner experiences any unusual acne or body hair growth, she should see her doctor immediately).

What to expect: The initial benefits of TRT tend to be seen quickly, particularly improvements in libido, mood and mental sharpness.

Example: One of my patients, a university professor, had been depressed and very forgetful, and was convinced that he had early Alzheimer's. After his blood test showed a testosterone level of 100 ng/dl, he was placed on TRT-and found that within a few weeks his mood and his mental abilities were fully restored.

Increases in muscle and bone mass occur more slowly and can be enhanced by strength training (for muscle and bone development), calcium/vitamin D supplements (for bone growth) and, If necessary, osteoporosis medication.

No long-term studies have been done on TRT-the longest was three years. But, in the three-year study, there was no indication of any risks or side effects.

Prostate alert: While TRT does not appear to increase the risk of prostate cancer or benign prostatic hyperplasia (BPH), testosterone supplements may spur the growth of existing prostate tumors. For this reason, TRT should never be taken by anyone who has been diagnosed with prostate cancer.

Men on TRT should be given both a prostate specific antigen (PSA) test for prostate cancer and a digital rectal exam (DRE) twice a year. As testosterone levels move from low to normal, it's typical to experience a slight rise in PSA levels and a slight increase in prostate size, but these changes usually present no problem. 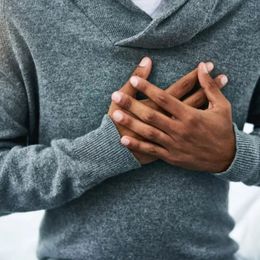