Success in rabbits suggests that an artificial penis made from a patient's own penile cells might someday help men who have impotence that is difficult to treat.

In the study, Wake Forest University researchers first used standard biopsy techniques to harvest smooth-muscle and blood-vessel cells from the penises of healthy adult male rabbits. The researchers then added these cells to a nutrient rich collagen matrix, which caused the cells to multiply and grow into new penile tissue.

Next, the team surgically removed all of the natural spongy tissue from the penises of the donor rabbits and grafted in the engineered tissue.

The rabbits' penile growth and function were tracked over the next one, three and six months. The researchers found that the new penises were similar in structure to natural rabbit penises, and that they achieved and maintained erectile pressures equal to that found in normal rabbits.

The real test was to see if the rabbits that had received the new penises could impregnate female rabbits.

"Mating activity in the animals with the engineered [penis] resumed by one month after implantation," the researchers report. "The presence of sperm was confirmed in the female partners, and all females conceived and delivered healthy pups."

"This is very exciting. The researchers have been working on this for a long time in a variety of different organs. It's not yet clinically available, but if it works and proves safe and effective, it would be a tremendous advance," says Dr. Ira Sharlip, a spokesman for the American Urological Association and a clinical professor of urology at the University of California, San Francisco.

Sharlip cautions that this is a preliminary study involving animals. But he says, "Rabbit tissue is fairly similar to human tissue. If it can be done in rabbits, it probably can be done in humans."

Sharlip was not involved in the study, which was led by Dr. Anthony Atala, director of the Institute for Regenerative Medicine at Wake Forest University in Winston-Salem, North Carolina, who is studying not, just penile tissue, but tissue from other organs as well.

Success in tissue engineering has implications "not only for the treatment of erectile dysfunction but in the world of medicine in general. If we could regrow and replace worn-out tissue [in other body parts], that would have tremendous implications," Sharlip says.

Cialis, Levitra and Viagra have revolutionized the treatment of impotence for millions of men over the past decade.

However, some forms of erectile dysfunction, such as corporal fibrosis, remain very difficult to treat, and an artificial penis may be helpful in treating these disorders.

Corporal fibrosis occurs when the penis' spongy-tissue cells, which maintain an erection, don't get the oxygen they need to survive, usually because of a chronic reduction in blood flow. The spongy tissue is gradually replaced by inactive, fibrous scar tissue.

"It's relatively common in men with diabetes and various forms of vascular disease, or men who've previously had infections-usually infections of a penile prosthesis," Sharlip says.

However, even if men who have corporal fibrosis could get an artificial penis, doctors would still need to treat the underlying cause of the fibrosis itself.

"There's the question of how you restore that needed blood supply," Sharlip says. "You may be able to restore the natural spongy tissue of these erection chambers, but in a patient with severe corporal fibrosis you also have to get the blood supply to come back into the new, restored tissue." Without a steady source of oxygen, any implant might meet the same fate as the tissue it had replaced, he says.

Still, the advance does mark one of the few breakthroughs against the disorder in years, Sharlip says. 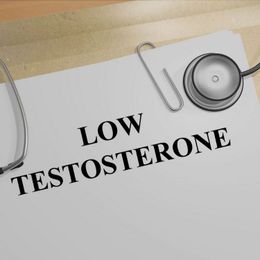 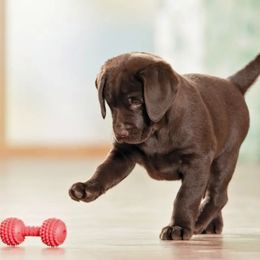