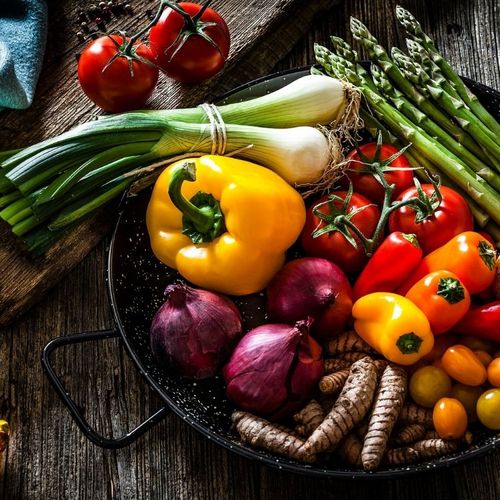 Organic Food Drives Pesticides Out of Your Body in Just Days

If you want to banish pesticides from your child's diet, research suggests that organic I food will do the trick for two common pesticides. Researchers found that pesticide levels in children's bodies dropped to zero after just a few days of eating organic produce and grains.

'After they switch back to a conventional diet, the levels go up," says Chensheng Lu, coauthor of the study and an assistant professor of environmental and occupational health at Emory University in Atlanta.

Lu says the impetus for the study was a previous research project that examined pesticide levels in 110 children and found only one child whose body was pesticide-free-a child who regularly ate organic food.

For the current study, funded by the US Environment Protection Agency (EPA), researchers recruited 23 children, ages three to 11, from Seattle-area schools. Researchers monitored levels of two organophosphorus pesticides-malathion and chlorpyrifos-in the children's urine during a 15-day period in which they alternated between their regular diets and diets featuring organic fruits, vegetables and grain products.

According to Lu, these pesticides are banned in residential areas, but are still used by growers.

The researchers found that the pesticide levels in the children dropped immediately when they started eating Organic f00ds. The staying power of the pesticides was relatively short,'' Lu says.

Lu acknowledges that the health risks of the pesticides in question are not entirely clear. "Whether [these results are] important in terms of health effects remains to be seen," he says, noting that scientists do not know exactly how the pesticides affect the body over time.

There is evidence that they're dangerous, says Dr. Nathan M. Graber, a fellow in pediatric environmental health at Mount Sinai School of Medicine. "We know that, at high doses, these pesticides can cause serious symptoms because they are toxic to the nervous system," he says, adding that there's "sound scientific reasoning,, suggesting that low doses can hurt the developing brain.

What should parents do? Kids should be eating lots of fresh fruits and vegetables, regardless of whether they are organically grown, because the benefits greatly outweigh the risk, Graber says. "Parents should not feed their children less nutritious foods out of fear of pesticides."

Foods that arc especially vulnerable to pesticide residue include strawberries, nectarines, peaches, apples, pears and cherries, Lu says. Bananas and oranges are not as vulnerable because you do not eat the part of the fruit that has been exposed to pesticides, he adds. 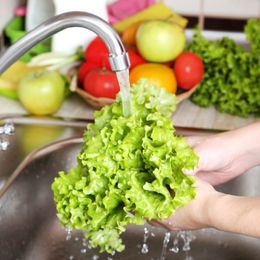 Beware of Contaminated Fruits and Vegetables

Beware of These Dangerous Food-Drug Combinations