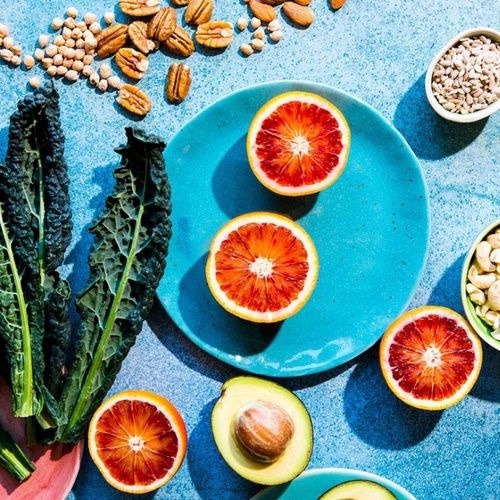 Beware of These Dangerous Food-Drug Combinations

Some foods can interact with drugs in potentially dangerous ways. Foods, like drugs, are complex mixtures of chemical compounds. When some drugs and foods are taken simultaneously, the combination may increase or decrease blood levels of the drug in the body or speed or slow the drug's absorption into the bloodstream.

Example: Thiazide diuretics, one class of drugs used to treat high blood pressure and other conditions, cause the body to excrete potassium and magnesium. Taking them and eating salty foods can increase mineral loss and result in deficiencies.

That's why it's important to always ask your doctor or pharmacist if certain foods should be avoided when taking a medication. Drug instruction sheets provide minimal information. They are usually limited to whether to take medications with food (to protect the stomach) or on an empty stomach (to speed absorption).

Broccoli, cabbage and other leafy greens. These foods are high in vitamin K, which can promote blood clotting and counteract the effects of blood thinners such as warfarin(Coumadin).

It's fine to eat small amounts-say, two or three weekly servings-of vitamin K-rich foods when taking an anticoagulant, but ask your doctor about eating more than that.

Grapefruit. Both the juice and the whole fruit block liver enzymes that break down and clear drugs from the body. Eating grapefruit when you're on certain medications is like taking a higher dose, which can result in excessive levels of the drug in the blood.

Don't combine grapefruit with the statin drugs lovastatin (Mevacor) or simvastatin (Zocor)... calcium channel blockers, such as amlodipine (Norvasc) and diltiazem (Cardizem)...benzodiazepine tranquilizers (such as Valium)...or the antihistamine loratadine (Claritin). 'Wait one to two hours after taking any of these drugs before having grapefruit or grapefruit juice.

Bran muffins, whole-grain cereals and other high-fiber foods. Fiber slows the absorption of penicillin, ampicillin and other antibiotics. In some cases, it binds to drugs in the intestine and prevents most of the active ingredient from entering the blood.

Warning: Fiber can also block the absorption of the heart drug digoxin(Lanoxin). Don't consume high-fiber foods or fiber supplements within two hours of taking this drug.

Dairy. The calcium in dairy foods reduces the absorption of the antibiotic tetracycline. If you are taking tetracycline for an infection, take it one hour before or two hours after eating dairy foods or taking a calcium supplement.

Tyramine-rich foods. Many cheeses (such as American, cheddar, blue and Parmesan), cured meats (such as salami, bacon and pepperoni), liver, red wine and beer contain tyramine. It's a chemical compound that can cause a potentially fatal rise in blood pressure in people who take older-generation antidepressants called monoamine oxidase inhibitors (MAOIs).

Rhubarb. This vegetable contains natural chemicals that increase blood pressure and can reduce the effects of antihypertensive drugs such as hydrochlorothiazide.

Organic Food Drives Pesticides Out of Your Body in Just Days

What Are Trans Fats? 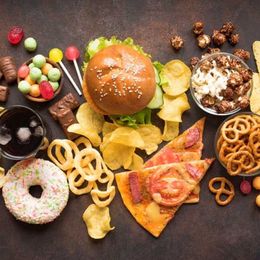