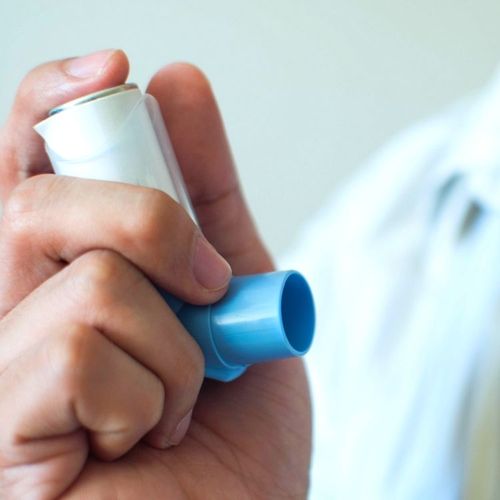 Two new studies report mixed results on the short-term benefit of inhaled corticosteroids for the treatment of asthma in infants and young children.

Scientists had theorized that using inhaled corticosteroids to control the airway inflammation that causes asthma symptoms might not only prevent the disease from getting worse, but also might prevent damage to the lungs. For such therapy to be effective, it would need to be initiated in the first year of life, when the lungs are still developing and the damage from asthma begins.

The first study, which tested this theory, included 411 one-month-old infants who were not necessarily diagnosed with asthma. When the subjects experienced their first episode of wheezing, they were randomly assigned to receive either a two-week course of the inhaled corticosteroid budesonide or an inhaled placebo. Parents in both groups were also instructed to give fast-acting asthma-relief medication as needed. Intermittent treatment when wheezing occurred continued for three years.

"Intermittent inhaled corticosteroid therapy had no effect on the progression from episodic to persistent wheezing, and no short-term benefit during episodes of wheezing in the first three years of life," says study author Dr. Hans Bisgaard, a professor of pediatrics at Copenhagen University Hospital and head of the Danish Pediatric Asthma Centre.

Bisgaard says he was very surprised by the results and adds, "The findings may serve as a warning to treatment practices extrapolated from adult studies, and it emphasizes the need to provide evidence on medicine in children."

In contrast to Bisgaard's research, a second study found that inhaled corticosteroid therapy improved symptom control. However it found no long-term benefits from these medications.

The study looked at 285 two- and three-year-old's at very high risk for asthma. The children were randomly chosen to receive continuous treatment with the inhaled corticosteroid fluticasone propionate or an inhaled placebo. The youngsters took the medications twice daily for two years, and the researchers followed up for another year when they were off the medications.

The most significant side effect from the long-term use of inhaled corticosteroids was a apparently slower growth rate-the placebo group was 1.1 centimeter (cm) taller than the treatment group. However, during the observation year that difference began to even out and was only 0.7 cm at the end of the study.

"This high-risk group did respond nicely to inhaled [cortico]steroids while they were on them. But starting them early didn't prevent anything," says study author Dr. Theresa Guilbert, an assistant professor of pediatrics at the Arizona Respiratory Center at the University of Arizona in Tucson.

One possible reason the Guilbert study found symptom relief while the Bisgaard study didn't is the difference in the study populations, according to Dr. Diane Gold, an associate professor of medicine at Harvard Medical School and Brigham and Women's Hospital, both in Boston.

The Bisgaard study included a much more diverse group of children, including youngsters who may not go on to have asthma. In addition, many of these children were exposed to maternal or environmental smoke in the home, which could adversely affect any treatment plan.

Also, asthma is notoriously difficult to diagnose in children younger than two, and wheezing can be a sign of any of a number of viral infections that typically don't respond to inhaled corticosteroids.

"Both studies together strengthen the evidence that treatment with inhaled corticosteroids doesn't alter the natural course of asthma," says Gold. However, "That doesn't mean that [they] shouldn't be used very selectively with young kids who are having frequent symptoms," she adds.

Both Gold and Guilbert emphasize that clinicians should follow the US National Asthma Education and Prevention Program Guidelines and use their clinical judgment about the need for inhaled corticosteroids. Guilbert adds that she would encourage physicians to step down the dose once asthma control has been achieved. 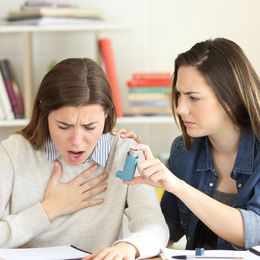 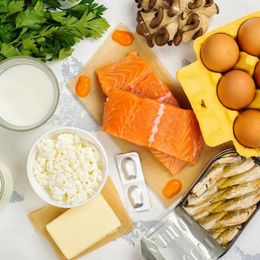