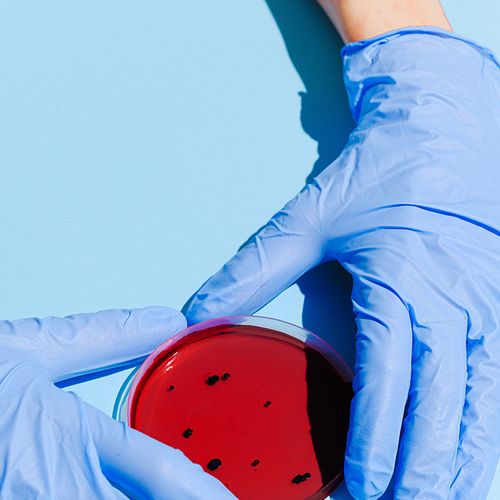 After the recent flu pandemic, everyone knows that the virus that causes this illness is easily transmitted person to person. As a protective measure, even hand shaking and cheek kissing" were temporarily banned in some churches, schools and other public places.

But the H1N1 and seasonal flu viruses can often be found in places that many people would never suspect. This is also true of other harmful microbes, such as methicillin-resistant Staphylococcus aureus (MRSA) bacteria, and bacteria, including Escherichia coli and salmonella, that cause foodborne illness.

What you may not know: It's been estimated that about one in three Americans are carriers (and transmitters) of staph bacteria-usually in amounts so small that no infection occurs in the carrier.

Since it's impossible to completely avoid dangerous microbes, one of the best ways to stay healthy is to be aware of germ "hot spots" —including ones that often are overlooked, such as…

Other areas to be wary of include the control buttons on office copying machines, handles of communal coffeepots, elevator buttons and shared books or tools.

It's best to assume that any inanimate surface—such as Formica, stainless steel or paper—that could have been touched by another person may be infected with viruses or bacteria. If you touch your mouth, nose and/or eyes (the body's main entry points for infectious organisms) after touching the infected surface, you will be exposed to the germ.

What you may not know: Since bacteria and cold and flu viruses can survive for up to several days on inanimate surfaces, you can be exposed to germs long after the infected person has contaminated the area. Scientists have estimated that 80% of all human infections are transmitted via hand-to-hand or surface contact.

Self-defense: After touching inanimate surfaces (such as those described earlier) in a public place-or at home, if someone in your household is sick and you will likely be exposed—wash your hands thoroughly with plain soap for 20 seconds under running water. Then dry them thoroughly with a paper towel or air dryer. Or apply hand-sanitizing gel containing at least 62% alcohol, such as Purell Instant Hand Sanitizer or Germ-X, as soon as possible after touching such surfaces.

If someone in your home or office is sick: Each day, clean surfaces that are touched by others with a cleansing wipe or other product (such as those made by Lysol or Clorox) that is registered with the Environmental Protection Agency (EPA)-check the product label for an EPA registration number. This means the product can be used as a disinfectant. Or simply squirt alcohol-based hand sanitizer on a paper towel and wipe the surface.

Important: Use wipes and gels that kill bacteria and viruses. These broader-spectrum cleansers are sometimes labeled "antimicrobial"--not "antibacterial."

In addition, a University of California researcher cultured 68 $1 bills and found that all but four had colonies of dangerous bacteria, including the variety that cause staph infections and pneumonia. Coins tend to have lower levels of bacteria and viruses-perhaps because they contain trace metals that help inhibit such microbes.

Self-defense: To reduce your exposure to germs, use credit or debit cards in place of paper currency as often as possible during daily transactions, and wash your hands with soap or use a hand sanitizer after touching paper money,

Self-defense: As much as possible, avoid touching shared surfaces (such as those described above), and wash your hands immediately after your doctor visit.

If hand-washing is inconvenient, keep hand sanitizer in your pocket or purse and carry your own pen to sign papers at doctors' offices and stores.

Important new finding: A recent random study conducted at the University of Guelph in Canada found that 2% to 3% of dogs carry MRSA bacteria. Meanwhile, in a study of 35 homes, researchers at Simmons College in Boston found that people who have cats in their homes are eight times more likely to have MRSA bacteria on household surfaces than those without household cats.

Self-defense: Wash your hands or use a hand sanitizer after touching your pet...make sure any cuts or abrasions you have are covered with a bandage before touching an animal ...do not let pets lick your face...wash pets' food and water bowls in a sink separate from the one used to prepare your own food.. and wear gloves whenever touching an animal that has an open wound.

Self-defense: Immediately after preparing any raw food-including fruit and vegetables as well as meat, fish or poultry-wipe down any surfaces you may touch (such as microwave controls, countertops and salt and pepper shakers) with antimicrobial cleanser, or use a mixture of one part household bleach diluted in 10 parts water. Apply the cleanser with paper towels or disposable rags. If you use sponges, put them in the dishwasher each time you run it-or rinse, then microwave them for one minute at high power several times a week. Do not place sponges that contain metal fibers in the microwave.

Self-defense: If anyone in your family has a cold or flu-or any other respiratory, skin or gastrointestinal infection-clean bathroom sink handles (as well as other potentially contaminated objects, such as doorknobs and light switches) at least once daily with antimicrobial cleanser.

Campylobacter was found in 62% of fresh whole broilers...salmonella in 14%...and both types in 9%.

Also: Most of the bacteria found were resistant to at least one antibiotic. A recent test shows a modest improvement since 2007, when these pathogens were found in 80% of broilers, but findings suggest that most companies safeguards are inadequate.

Self-defense: Thaw chicken in a refrigerator, inside its package and on a plate...in a bowl filled with cold water (change water every 30 minutes)...or defrost it on a plate in a microwave. Never thaw it on a counter-even when the chicken's inside is frozen, the outside can provide a breeding ground for bacteria. Cook chicken to at least 165°F.

An off-color, such as brown or gray, does not H indicate E. coli or other bacteria. The interior of packaged meat may be grayish brown due to lack of oxygen. However, if all the meat has turned brown or gray, it may be beginning to spoil. No brands or sources are certain to be free of contamination, because bacteria are everywhere in the environment. But cooking ground meat to an internal temperature of 160°F will kill any E. coli present. 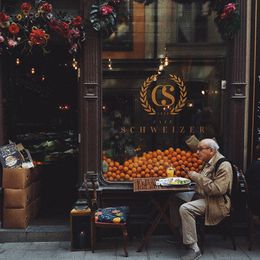 Are Sinus Rinses Sabotaging Your Nose? 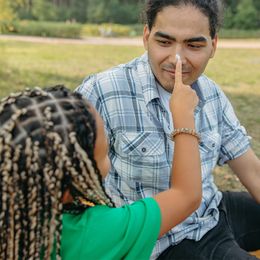