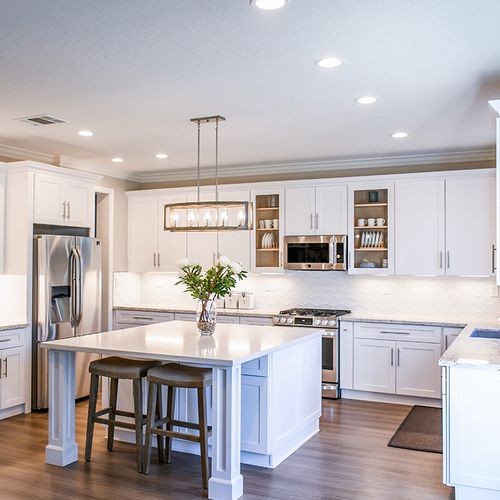 Some of the most serious chronic health problems in the US, including Alzheimer's disease, cancer, diabetes and kidney and heart disease, have been linked to what we eat-processed foods, fast food, red meat, etc. What may surprise you is that the increased health risks from these foods may be due in large part to how they are cooked.

Dry-heat cooking, such as grilling, broiling, frying and even baking and roasting, greatly increases levels of advanced glycation endproducts (AGE), also known as glycotoxins. Small amounts of these chemical compounds are naturally present in all foods, but their levels rise dramatically when foods are subjected to dry heat, which frequently occurs both in home cooking and in commercial food preparation.

The danger: AGEs are oxidants that produce free radicals, damage DNA, trigger inflammation throughout the body and accelerate the aging process. They also make cholesterol more likely to cling to artery walls, the underlying cause of most heart attacks. Some researchers now believe that AGEs can be linked to most chronic diseases.

A century ago, people mainly ate fresh, homemade foods, such as grains, vegetables, legumes and fruits, with relatively small amounts of meat. The processed food industry was still in its infancy.

However, in the following decades, meat portions grew larger, and Americans acquired a strong desire for the intense flavors, aromas and colors in commercially prepared "browned" foods, such as crackers, chips, cookies, grilled and broiled meats, french fries, pizza, etc. During this time, the rates of heart disease, diabetes and other chronic diseases started to rise. This wasn't a coincidence—the rich taste, smell and appearance of these foods primarily come from AGES.

Use Copper Cookware to Fight Salmonella

The oxidation of copper in copper-alloy pots and pans produces a residue that kills salmonella and some other bacteria that cause food poisoning. Stainless steel cookware has no effect on salmonella at all.

Our bodies can neutralize the small amounts of AGEs that are naturally found in foods (and that we produce as a by-product of metabolism). But our defense mechanisms are overwhelmed with the high amounts that are now very common in the typical American diet.

How Much Is Too Much?

AGEs are measured in kilounits (ku). We recommend consuming no more than 5,000 KU to 8,000 ku per day (see box on next page for examples of ku levels in some common foods). Recent studies have shown that the average American typically consumes more than 15,000 KU daily, and many people eat well over 20,000 ku daily.

Reducing dietary AGEs may be especially important for people with diabetes because high blood sugar levels cause more AGEs to form. It's also crucial for people with kidney disease because they are less able to remove AGEs from the body. AGEs also are elevated in patients with heart disease, obesity and dementia.

Researchers can measure the amounts of AGEs in the blood, but doctors don't commonly use this test because it's not currently available for commercial use. What your doctor can do is measure levels of C-reactive protein (CRP), a marker for inflammation. If your level is high (above 3 mg/dl), you may have excessive AGES in your blood. If you eat a lot of grilled, broiled and roasted meats, for example, and/or heat-treated processed foods, this also means your AGE levels are likely too high.

Our studies have shown that people who make simple dietary changes can reduce their levels of AGEs by more than 50% in four months. The reduction is accompanied by a similar decrease in CRP levels. Helpful strategies…

Helpful: Eat beef no more than three times a week.

Because animal fat also contributes to AGE intake, eat lean meats. They have fewer AGES than higher-fat meats. Animal fats such as butter also are higher in AGEs than plant fats such as olive oil.

Best approach: Fill three-quarters of your plate with plant foods, such as vegetables, whole grains, legumes and fruits, and leave no more than one-quarter of the plate for animal foods, such as meats and cheeses.

Soups and stews are tasty ways to serve small portions of meat. Also enjoy more meatless meals, such as vegetarian chili or veggie burgers. Nonfat milk and yogurt are low in AGES and are a good way to add protein to meals and snacks.

If you have a desire for grilled or roasted foods, vegetables and fruits are better choices than meats. These foods have far fewer AGEs than meats and fats when cooked with dry heat.

If you do cook with dry heat, marinate first. The eventual formation of AGEs is reduced by about 50% when raw meats are marinated in acidic ingredients, such as vinegar or lemon juice. For each pound of meat, use the juice from two lemons or an equivalent amount of vinegar or lime juice plus enough water to cover the meat (about one cup). Add some garlic and/or herbs for extra flavor. Avoid commercial marinades since they're usually high in sugar and/or oil, which will increase AGES.

Soups, sauces and gravies should be brought to a boil. Leftovers such as meats and casseroles should be reheated to 165°F.

A serving of rice, for example, will have almost no AGEs, but the same amount of crispy rice cereal will have 600 KU. Avoid takeout and convenience foods, such as fast-food burgers, fries and pizza.

Warning: Any food that has been browned or crisped, such as cookies, crackers, chips, etc., will be high in AGES. 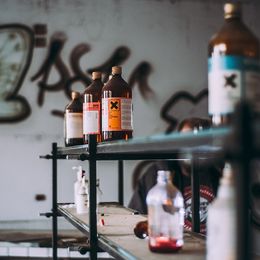