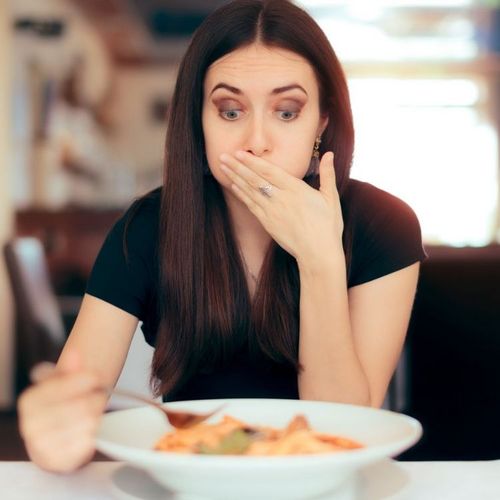 Before You Take Another Bite...Food Poisoning Self-Defense

There are an estimated 75 million cases of foodborne illness in the US each year. Many victims think they have contracted a "stomach flu" and never realize that food was to blame.

Most foodborne illnesses cause a day or two of nausea, diarrhea, abdominal cramping and, sometimes, vomiting. But in the US, 325,000 cases a year are severe enough to lead to hospitalization and about 5,200 are fatal, according to the Centers for Disease Control and Prevention. Foodborne illnesses are particularly dangerous for children under age five, adults over age 70, pregnant women and people with weakened immune systems. Here, the foods most likely to cause problems...

More than 50% of the raw poultry sold in the US is thought to contain disease-causing bacteria, including…

Note: Commercially prepared mayonnaise is made from pasteurized eggs, which are heat treated to kill bacteria.

In 5% to 15% of cases, salmonella bacteria can lead to reactive arthritis, an inflammatory condition that develops in response to infection in another part of the body. This condition can last weeks, months, even years.

When poultry is cooked all the way through, the bacteria are killed.

Safest: Cook poultry until juices run clear and there is no sign of pink. Even then poultry can become contaminated if not handled properly—for example, if cooked poultry is placed on a cutting board that hasn't been washed after uncooked poultry rested on it.

It used to be common practice to wash raw poultry prior to cooking, but this has been identified as risky because splashes and drips can spread bacteria throughout the kitchen.

Stews, soups, sauces and gravies containing red meat or poultry—or their juices—can be a perfect breeding ground for the Clostridium Perfringens bacteria. When these dishes are cooked, allowed to cool slowly and then rewarmed, the bacteria thrive. It can cause an unpleasant day of nausea and diarrhea starting within 24 hours of consumption. To reduce the risk, refrigerate stews, soups, sauces and gravies in small containers, which cool faster, soon after cooking.

The E. coli bacteria sickens about 60,000 to 70,000 Americans every year. Most victims experience about a week of cramping and bloody diarrhea starting four to eight days after the tainted food is consumed. One of every 1,000 victims dies.

E. coli bacteria live naturally in the intestines of many animals, including cattle. During the slaughter and processing of cattle, the meat can accidentally come in contact with fecal matter.

Ground beef is riskiest. The E. coli bacteria can be present on the surface of any piece of raw beef, but steaks and roasts typically are sufficiently cooked to kill this surface bacteria—even when cooked rare. With ground beef, the surface of the meat gets ground up and can wind up in the middle of your burger. If the burger isn't cooked all the way through (to an internal temperature of 160°F), bacteria can survive.

Important: If a steak has been punctured with a fork or knife prior to cooking, bacteria could find its way inside and survive. In that case, eat the meat only if it's cooked well-done.
Produce alert: E. coli also can be present in soil and has been found on lettuce, alfalfa sprouts and in unpasteurized apple juice and cider. Wash lettuce—even prewashed lettuce—Health Alerts carefully, and avoid sprouts (which are hard to clean) and unpasteurized juices

Cold cuts, pâté and smoked fish are leading sources of the Listeria bacteria. Unpasteurized milk and milk products also can be contaminated. Listeria is found in soil and water. Animals also can carry the bacteria in their intestines. As a result, Listeria can spread to meat and dairy products. Ready-to-eat foods can become contaminated in the processing plant or en route from the plant.

There are about 2,500 cases of Listeria poisoning each year in the US, and about 20% of victims die, so it's important to be careful. Symptoms include fever, muscle aches and sometimes nausea or diarrhea.

Reduce your odds of infection by setting your refrigerator to just above freezing for storing deli meat, pdt€ and smoked fish. Consume or freeze these foods within four or five days of purchase.

Use refrigerated leftovers within four days.

When reheating leftovers, bring them to an internal temperature of 165'F. Reheat stews, soups, sauces and gravies to a boil.

If you think you have food poisoning: Drink lots of water and get plenty of rest. Don't use antidiarrheal medications—they may slow the elimination of bacteria from your system. Foodborne illness often improves within 48 hours. Call your doctor if you feel ill for longer than two or three days or if blood appears in your stool. 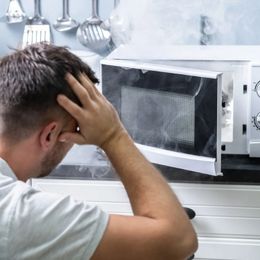 Water Can Explode in A Microwave

Food Dangers for Your Dog 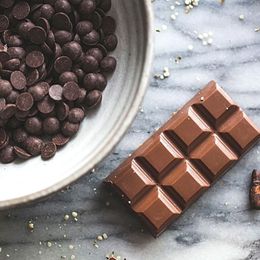