Why Painful Gout Is On the Rise in US

More and more Americans are struggling with gout as rates of the painful and sometimes disabling arthritic condition continue a decades-long upswing, a recent study shows.

Researchers report that by 2008, an estimated 8.3 million Americans were subject to gout attacks, equivalent to 39% of the US adult population. That's a substantial rise from the 2.7% prevalence rate noted in the late 1980s to early 1990s.

The findings were presented at the annual meeting of the American College of Rheumatology in Atlanta. Other research presented at the meeting suggests that two of America's favorite beverages, coffee and sweetened drinks such as sodas, may contribute to gout risk.

Gout is a very painful form of arthritis caused by a buildup of uric acid. This causes uric acid crystals to be deposited on the cartilage of joints, tendons and other surrounding tissue, especially in the feet, causing an inflammatory reaction.

The study on rising gout numbers was led by Yanyan Zhu, PhD, a research assistant professor in the clinical epidemiology research and training unit at Boston University School of Medicine. Her team analyzed two National Health and Nutrition Examination Surveys.

Noting that the rate of gout had already doubled in the United States between the 1960s and the 1990s, Dr. Zhu and her team found that the trend has continued into the new century, primarily driven by an increase among men and seniors.

In addition to rising gout rates, the authors also found that "hyperuricemia" a "pre-gout" condition defined by the presence of abnormally high levels of uric acid in the blood) is also on the rise.

The surveys demonstrated that over the 20year study period, the number of Americans with hyperuricemia rose from just over 18% of the general adult population to near 21.5%.

Why Gout Incidence Is Rising

One expert said it's not surprising gout rates are climbing.

"First of all, our ability to diagnose gout earlier and probably more often has improved," said Nathan Wei, MD, clinical director at the Arthritis & Osteoporosis Center of Maryland in Frederick. "And the second reason is that with people living longer in general, postmenopausal women in particular are becoming more prone to gout. And that is because one of the risk factors for gout is the institution of diuretic therapy, which is typically prescribed for high blood pressure in postmenopausal women. This can increase blood uric acid levels and lead to gout."

Dr. Zhu and her colleagues also pointed to an overall rise in obesity and high blood pressure among Americans as possible contributing factors.

"Gout is the most common inflammatory arthritis in the US," added Tuhina Neogi, MD, PhD, lead author of a second study on gout and an associate professor of medicine at Boston University School of Medicine. "We have good medications that can potentially prevent gout attacks, yet people do still get attacks, with recurrent attacks being the biggest burden of gout."

Dr. Neogi and her team sought to answer another question: Might the caffeine that millions of Americans drink daily in coffee, tea and other drinks help trigger gout attacks?

"We know there are some factors that can trigger gout attacks, such as consuming alcohol, red meat, and certain seafood," she said. "And although a previous study found that, over the long-term, caffeine intake seems to actually lower the body's uric acid level and decrease the risk for developing gout among those who have never experienced an attack, we wanted to see what the impact of caffeine might be for patients who already have a history of gout."

According to Dr. Neogi, the study found that caffeine "binges" might help spur an outbreak. "Gout patients who usually drink two or fewer servings of a caffeinated beverage per day raise their 24-hour risk for experiencing a gout attack by 40% to 80% if they instead drink three or four servings of caffeine," she said.

The study did not focus exclusively on coffee but rather on all beverages that contain caffeine, including tea, soft drinks and products such as the energy drink Red Bull.

Elevated blood levels of uric acid increase the risk for gout, a painful and potentially disabling form of arthritis that typically affects the feet.

Recent finding: Within three hours after healthy study participants drank about 27 ounces of skim milk, their uric acid levels fell by about 10%.

Implication: Increasing the amount of skim milk in the diet may help prevent the development of gout and also assist with treatment for the disease. More research is needed-but meanwhile, ask your doctor about drinking more skim milk. 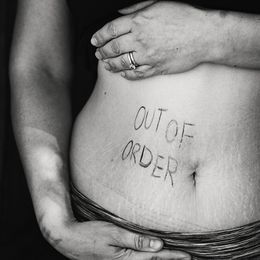 Kidney Stones? Never Get Another 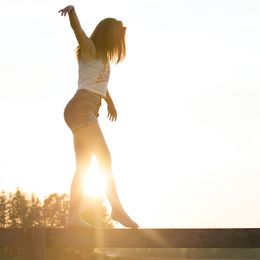