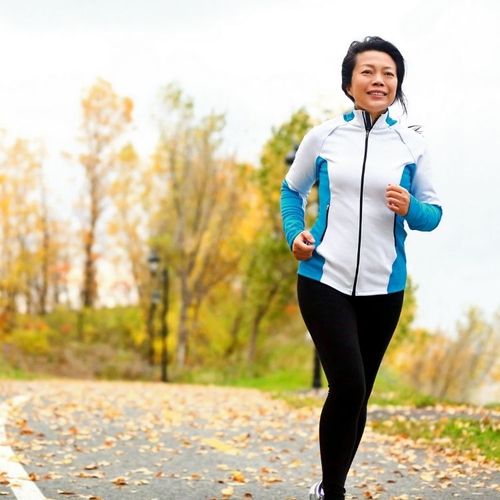 What a Good Physical Tells About Your Brain

Put yourself on a weight-loss diet, and you can measure your success with a bathroom scale. If fitness is your goal, you can track your improvement by charting how fast you can run or walk a mile.

But how can you tell if your brain is as fit as the rest of you?

If you're having memory problems, that's an obvious red flag. But even if you're basically healthy (or are being treated for a chronic condition such as high blood pressure), a routine medical exam can tell a lot about your brain health-if you know what the seemingly basic tests may mean, according to former US Surgeon General Richard Carmona, MD. What a physical checkup reveals about your brain and the additional tests you may need...

Lay It All Out

Doctors aren't mind readers-they don't know what you're worried about unless you tell them. At your physical, tell your doctor about any changes in your health (even if you think they sound trivial).

Where most people get tripped up: There's always that routine question about medications you're taking. Don't assume that your doctor knows everything he/she has prescribed-include every medication and supplement you're taking.

Many common prescription or over-the-counter drugs-alone or in combination can affect your brain. The following types of drugs are among the most commonly associated with dizziness, fuzzy thinking and/or memory problems. All drugs within each class can addle a persons brain-not only the specific drug examples given.

• Allergy medications, including antihistamines (such as Benadryl and Claritin).

• Antianxiety medications (such as Valium and Xanax).

• Antibiotics (such as Cipro and Levaquin).

• Antidepressants (such as Prozac and Lexapro).

• Blood pressure medications (such as Zestril and Procardia).

• Sleep aids (such as Ambien).

If you are taking one of these types of medications and are experiencing cognitive problems, ask your physician about switching to a different drug.

Fortunately, the fuzzy thinking and/or problems with memory usually go away when the drug is discontinued. And because everyone responds differently to individual medications you may be able to safely take a different dru~ that's within the same class.

Clues From Your Physical

Even if you're not having cognitive problems, your physical can give you a measure of key markers of brain health. For example, most people know that high blood pressure is linked to increased risk for certain types of dementia (normal blood pressure is 120/80 or below). But low blood pressure (lower than 90/60) may make you dizzy, fatigued and unable to think clearly. Other important brain health markers...

• Eyes. When your doctor shines that bright light in your eyes, he is looking at the retina, the light-sensitive tissue at the back of the eye that is connected directly to the optic nerve leading to the brain. Blood vessels in the retina reflect vascular health in the whole body including the brain.

• Reflexes. A tap on your knee with a tiny hammer sends an electrical impulse to the spinal cord, which then sends a signal back to the foot, triggering a kick. A weak or delayed response could indicate a problem with the nervous system or brain.

• Sensation. All of the senses are housed in the brain, including the sense of touch. Any change in sensation-tingling hands or feet... weak hands... and/or numbness anywhere in the body-could signal a problem in the brain.

If your memory is failing or you're having other cognitive problems, such as difficulty making dec1s10ns or planning activities, your doctor may want to run tests for...

• Inflammation. A blood test for C-reactive protein (CRP) measures general levels of inflammation in the body. High levels of CRP (above 3.0 mg/L) could be due to a simple infection... cardiovascular disease that may also be putting your brain at risk. .. or an autoimmune disease, such as lupus or multiple sclerosis which can cause problems with memory and thinking as well as physical symptoms.

• Vitamin deficiencies. A vitamin B-12 deficiency can lead to memory loss, fatigue and light-headedness. Other common nutrient deficiencies that can affect thinking include vitamin D and omega-3 fatty acids-there are tests for both.

• Diabetes and glucose tolerance. Left untreated, diabetes can dramatically increase one's risk for dementia. If your doctor suspects you have diabetes (or it runs in your family), get your blood glucose level tested (following an overnight fast).

Useful: An HbA1C test, which gives a broader picture of your glucose level over the previous six to 12 weeks. While most people, especially after age 45, should get glucose testing at least every three years, it's particularly important for those having cognitive symptoms. 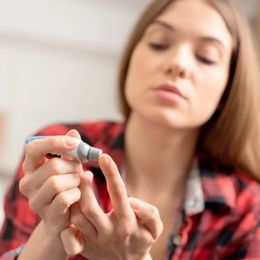 The Disease You Don't Know About

Get That Eye Exam 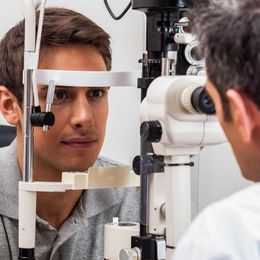