For years, people who have arthritis have insisted that barometric changes either up or down—as well as cold and rainy weather aggravate their joint pain. Now, fascinating new research backs up their beliefs.

"We see this all the time with our patients. People swear...that the weather affects their arthritis," says Dr. Sam Lim, a rheumatologist at Emory University School of Medicine in Atlanta. "But this is the first time we have nice, independent data that seems to correlate one with the other."

Problem With Prior Research

The study's lead investigator, Dr. Timothy E. McAlindon of Tufts-New England Medical Center in Boston, says previous research efforts that have tried to document a link between weather changes and arthritis symptoms had been undermined by people's strong opinions on the matter, and those biases influenced the reports.

By relying on sets of data that were independent of each other, the new study allowed the scientists to conduct a "robust" review that really does suggest an association between weather and aches and pains, he says.

While the new research shows an association between weather and pain, it's important to note that it doesn't mean that the weather changes cause an increase in pain," says Lim. "That's the next step."

For the study, the researchers merged data from an online glucosamine trial (a large-scale study of an over-the-counter arthritis treatment) with National Oceanic and Atmospheric Administration (NOAA Weather data.

The glucosamine study tracked 205 arthritis patients who reported on their arthritis pain for a three-month period.

Only after the study was completed did McAlindon and his colleagues look at weather patterns in the areas where the study participants lived.

They examined daily weather reports from NOAA for the temperature, barometric pressure, rainfall and dew points for these locations for the three months of the study.

They found that changes in barometric pressure had a strong association with knee pain, as did cooler temperatures, although to a lesser extent.

Rainfall and dew points had no significant associations, the researchers report.

Being Double-Jointed Is Good for Your Joints

Being double-jointed may protect the joints in your hand from developing osteoarthritis, suggests a study conducted at Duke University Medical Center.

Researchers theorize that the hypermobility experienced by people who are double-jointed protects the joints from damage caused by repetitive, stressing movement. 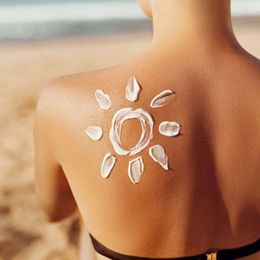