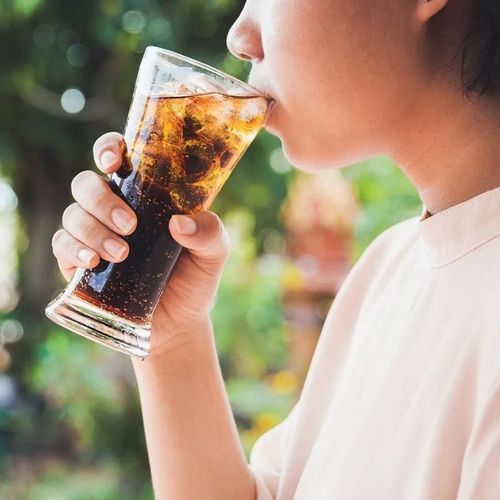 To prevent diabetes, we're often told by health experts what not to eat, such as too many refined carbohydrates from breads, pasta and ice cream.

What not to drink may be just as important.

Latest finding: Researchers at the Harvard School of Public Health analyzed health data from 310,000 people who participated in 11 studies that explored the connection between sugar-sweetened beverages (SSBs) and diabetes.

Fact: SSBs include soda, fruit drinks (not 100% fruit juice), sweetened ice teas, energy drinks and vitamin water drinks. And in the last few decades, the average daily intake of calories from SSBs in the US has more than doubled, from 64 to 141. The beverages are now "the primary source of added sugars in the US diet," wrote the Harvard researchers in Diabetes Care.

Drinking one to two 12-ounce servings of SSBs per day was linked to a 26% increased risk of type 2 diabetes, compared with people who drink one or less SSB per month.

"The association that we observed between sodas and risk of diabetes is likely a cause and effect relationship," says Frank Hu, PhD, professor of nutrition and epidemiology at the Harvard School of Public Health.

Theory: A typical 12-ounce serving of soda delivers 10 teaspoons of sugar. That big dose of quickly absorbed sugar drives up blood sugar (glucose) levels .. .in tum driving up blood levels of insulin, the hormone that moves glucose out of the bloodstream and into cells... leading to insulin resistance, with cells no longer responding to the hormone and blood sugar levels staying high... eventually leading to diabetes.

SSBs also increase C-reactive protein, a biomarker of chronic, low-grade inflammation, which is also linked to a higher risk for diabetes.

And many SSBs are loaded with fructose, a type of sugar that can cause extra abdominal fat, another risk factor for diabetes.

Bottom line: "People should limit how much sugar-sweetened beverages they drink and replace them with healthy alternatives, such as water, to reduce the risk of diabetes, as well as obesity, gout, tooth decay and cardiovascular disease," says Vasanti Malik, PhD, a study researcher.

"I help many of my clients break the habit of regularly drinking soda, sweetened ice tea and other sugary beverages," says Lora Krulak, a healthy foods chef and self-described "nutritional muse" in Miami, Florida. "I show them how to make other beverages that have natural sugar or are naturally sweetened, so they don't miss the sugary drinks."

One of her favorite thirst-quenching combinations:

2 to 3 liters of water (sparkling or non)

1 tablespoon of maple syrup, honey, or coconut sugar or stevia to taste (stevia is a natural, low-calorie sweetener)

Let the mixture steep for 30 minutes before drinking.

"It's good to make a lot of this drink, so it's in your refrigerator and you can grab it any time,'' says Krulak. When leaving home, put some in a water bottle and carry it with you.

"If one of my patients is craving sugary drinks, it means his or her blood sugar levels aren't under control,'' says Ann Lee, ND, LAc, a naturopathic doctor and licensed acupuncturist in Lancaster, Pennsylvania

She also advises her clients to take nutritional supplements that strengthen the adrenal glands, which play a key role in regulating blood sugar levels.

For healthy drinks, she recommends green tea sweetened with honey or stevia, or a combination of three parts seltzer and one part fruit juice. 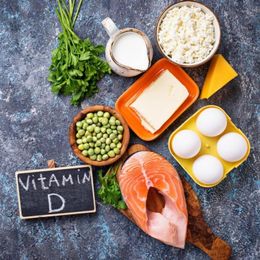 Can Drinking Water Lead to Diabetes? 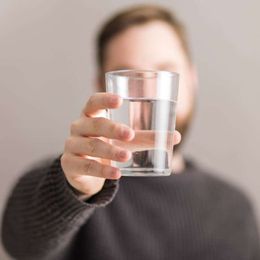