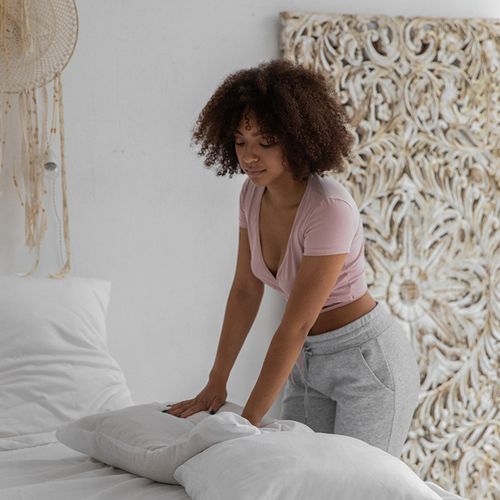 Prescription sleeping pills, including such popular brands as Ambien and Lunesta, can cause strange and potentially dangerous side effects, the US Food and Drug Administration warned recently.

Those side effects can include dangerous allergic reactions and bizarre behaviors such as "sleep-driving," in which a person will drive a car while not fully awake and have no memory of doing so.

The FDA is asking makers of the sleep aids, called sedative-hypnotic drugs, to strengthen product labels to include stronger warnings about the potential risks. In addition to "sleepdriving," the agency said it has received reports of consumers walking or eating while not fully awake, and not remembering it later.

"Because these drugs are designed to put people to sleep, they might not know that they are having a side effect," said Dr. Russell Katz, director of the FDA's division of neurology in the Office of Drug Evaluation I, Center for Drug Evaluation and Research in Washington, DC.

Sleep-driving and other strange behaviors might occur if consumers take a higher-than-recommended dose of the drug, or drink alcohol or consume other similar drugs, Katz said. "We believe that all the drugs in the class can produce these effects," he said.

Katz said it's not possible to know how many cases of these side effects have occurred because the system for reporting adverse effects is voluntary. "We believe these are rare occurrences," he said. "But we don't know the actual number of cases."

The 13 drugs involved are: Ambien and Ambien CR, made by Sanofi Aventis; Butisol Sodium, made by Medpointe Pharm HLC; Carbrital, made by Parke-Davis; Dalmane, made by Valeant Pharm; Doral, made by Questoor Pharms; Halcion, made by Pharmacia & Upjohn; Lunesta, made by Sepracor; Placidyl and Prosom, made by Abbott; Restoril, made by Tyco Healthcare; Rozerem, made by Takeda; Seconal, made by Lilly, and Sonata, made by King Pharmaceuticals.

At the end of last year, the FDA sent letters to the drug makers, asking them to revise their product labels to include warnings about the potential for severe allergic reactions—called anaphylaxis—and severe facial swelling-called angioedema.

At that time, the FDA also asked the manufacturers to add warnings about complex sleeprelated behaviors, including sleep-driving, making phone calls, and preparing and eating food or having sex while asleep, Katz said.

In addition to these label changes, the FDA is asking the manufacturers to send letters to health-care providers notifying them about the new warnings.

The FDA has also asked the drug manufacturers to develop "Patient Medication Guides" to inform people about the risks associated with these drugs and precautions they can take. These guides will be given to patients when one of these drugs is prescribed. There is no deadline for the availability of these guides, Katz said.

How To Minimize Risks

Katz said people can minimize their risk of side effects by taking only the prescribed dose and not mixing the drugs with alcohol or other medicines that have similar effects.

Since little is known about these drugs and their potential side effects, the FDA has recommended that the drug makers carry out clinical studies to find out which medications are most associated with sleep-driving and other odd sleep behaviors.

"So far, no drug company has agreed to do these studies," Katz said.

One insomnia expert thinks the labeling changes for these drugs are long overdue, but don't go far enough.

"It's about time," said Gregg Jacobs, an insomnia specialist at the Sleep Disorders Center at the Beth Israel Deaconess Medical Center and an assistant professor of psychiatry at Harvard Medical School, both in Boston. "It's been demonstrated that pharmaceutical companies exaggerate the benefits of medication and minimize the side effects."

Since little is known about the long-term side effects of these sleep medications, the FDA should make the drug companies do long-term studies on the potential risks, Jacobs said.

"The side effects that the drug companies have studied are based only on short-term studies," he said. "The typical study on sleeping pills averages seven days, but the majority of people who take sleeping pills take them, on average, for 24 months, and a third use them for five years."

Jacobs also said he thinks the number of people who experience sleep-behavior side effects is underreported "because many people don't remember having them.

"In my practice, 10% of people who take sleeping pills have reported some kind of side effects that involve amnesia. The only way they know it is that a family member tells them about it," he said. "If somebody lives on his own, he won't know it.

More than 20 million Americans suffer from chronic insomnia, which is defined as poor sleep every night or most nights for more than six months, according to the American Insomnia Association.

According to Consumer Reports, pharmacists filled 43 million prescriptions for sleep drugs in 2005, a 32% increase from 2001. Prescription insomnia medications brought pharmaceutical companies more than $2.7 billion in 2005. 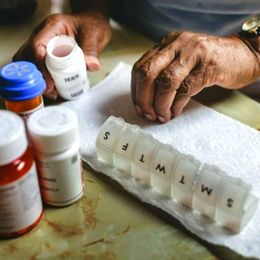 Are Doctors Paid to Prescribe These Dangerous Drugs? 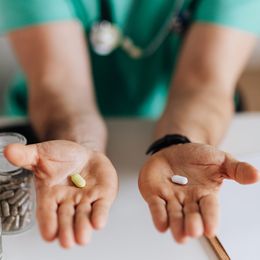