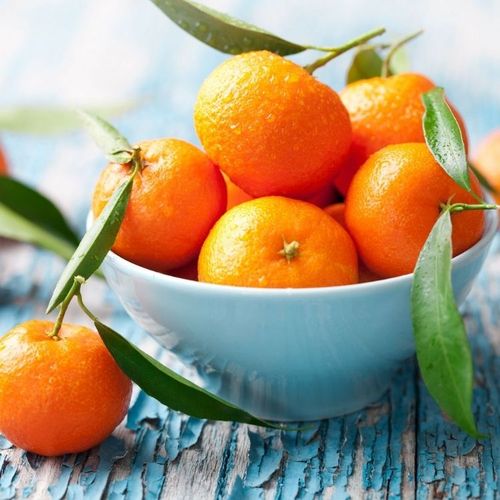 People who consume large amounts of vitamin C to try to protect themselves from colds might also be defending their stomach and intestines against ulcers.

The higher a person's blood levels of ascorbic acid, another name for vitamin C, the lower their risk of gastrointestinal trouble, according to a study.

"We are not the first to show this," admits Dr. Joel A. Simon, a professor of clinical medicine and epidemiology at the University of California, San Francisco, School of Medicine and a staff physician at the San Francisco Veterans Affairs Medical Center. "But it could be the largest study" so far.

Simon and his team of researchers examined the Third National Health and Nutrition Examination Survey (NHANES III) and discovered that almost one-third of the 6,746 adults who were evaluated had antibodies against Helicobacter pylori. This strain of bacteria is now believed to cause most peptic ulcers.

Chronic infection with H. pylori is an important risk factor, Simon notes, for both peptic ulcer problems and gastric cancer.

After the researchers accounted for factors that might affect the relationship, including age and body mass index, they still found that the subjects with the highest blood levels of ascorbic acid had a 25o/o lower risk of having the infection.

When the researchers looked at infection with especially virulent strains of H. pylori, there was a 690/o lower risk for those with higher blood levels of ascorbic acid.

NO CAUSE-EFFECT LINK DISCOVERED YET...

Simon does not know why vitamin C may work, although animal studies have found that ascorbic acid inhibits the growth of H. pylori.

If there is a true association, he says, higher intakes of vitamin C might help prevent infection and, in turn, ulcers. Simon's study was supported by a donation from Roche Vitamins Inc. and a Public Health Service grant.

"It's an interesting finding," says Dr. James Everhart, chief of the epidemiology and clinical trials branch of the division of digestive diseases and nutrition at the National Institute of Diabetes & Digestive & Kidney Diseases.

"But I think the results were not terribly strong." And it still doesn't prove cause and effect, he adds.

Every year, there are as many as 500,000 new cases of peptic ulcer disease in the United States, according to the American Gastroenterological Association.

In addition to infection, many ulcers are the result of irritation from nonsteroidal anti-inflammatory drugs (NSAIDs), such as aspirin and ibuprofen.

Contrary to popular belief, ulcers are not caused by eating spicy food.

For information on H. pylori and ulcers, visit the National Digestive Diseases Information Clearinghouse at http://digestive.niddk.nih,gov. 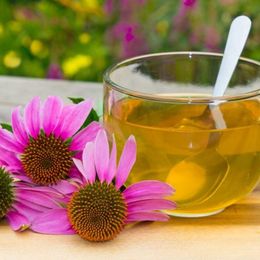 Echinacea Questioned As a Cold Fighter 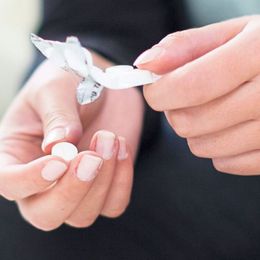