A new study concludes that the colonoscopy is the best test for detecting precancerous polyps in the colon. The results were so definitive, in fact, that the trial was stopped early.

From 2001 through 2003, Dr. Don Rockey, a gastroenterologist at Duke University Medical Center and researchers from medical centers throughout the United States compared three different methods of detecting polyps of various sizes in the colon—colonoscopy; virtual colonoscopy using computed tomography (CI) scanning; and barium enema X rays. Of the 614 patients who were examined, 70% were male; the average age was 57 years.

All of the study participants had a higher-than-average risk of developing colon cancer, due to either the presence of blood in their stool, a family history of colon cancer or iron-deficiency anemia.

Each person had all three tests, beginning with the air contrast barium enema (ACBE). Seven to 14 days later, each had a virtual colonoscopy, followed by a standard colonoscopy on the same day.

The most dramatic difference in accuracy was found for the smallest lesions. For polyps that were between 6 and 9 millimeters (mm), ACBE found 35% of the lesions, while virtual colonoscopy detected 51% and colonoscopy found 99%.

For polyps that were larger than 10 mm, ACBE detected 48%, virtual colonoscopy detected 59% and colonoscopy found 98%.

The ACBE test resulted in the highest rates of false positive findings.

Colonoscopy, a procedure that is used as a screening tool for colon cancer, can detect and also treat polyps in the colon. A thin, flexible tube is inserted into the rectum and then threaded through the colon. A tiny camera and light let the physician view the colon. If any abnormalities are detected, they can be removed during the procedure.

By contrast, virtual colonoscopy is a noninvasive procedure that uses CT scanning to capture numerous images of the colon and create three-dimensional pictures.

ACBE—the oldest of the three procedures—is performed by distending the colon with air and coating it with barium, a high-density liquid. The barium acts as a contrast agent so that physicians can see any abnormalities on an X ray.

All three tests require a day of preparation, including eating a clear liquid diet and cleansing the colon, usually with laxatives or enemas.

Rockey says CT scanning technology is advancing rapidly, and the results for virtual scanning might be improved if the study was initiated today.

"This study kind of reinforces the results of other studies," says Dr. David Beck, chairman of colon and rectal surgery at the Ochsner Clinic Foundation Hospital in New Orleans.

He adds that it also shows virtual scans won't immediately reduce the number of colonoscopies performed.

People on anticoagulant medications and those who have certain types of diverticulitis are good candidates for virtual scanning, he says.

Both Rockey and Beck agree that in addition to trying to increase the sensitivity of virtual scans, researchers are also working on ways to perform these tests without patients needing intensive preparation. The preparation is what people really don't like about these tests, they say.

The most important thing people need to know is the importance of getting screened, says Beck. "Colon cancer is preventable and we're working hard on ways to identify it early."

What Is A Colonoscopy?

Although most doctors recommend a colonoscopy to patients older than 50 years, the American Cancer Society (ACS) says too few Americans are getting this screening test for colon cancer, the third-leading cause of cancer death in the United States.

Colonoscopy lets physicians look inside the large intestine, from the rectum and colon to the lower end of the small intestine. Using a lighted tube, it enables physicians to see, and possibly remove, inflamed tissue and abnormal growths as well as treat ulcers and bleeding.

For the 30- to 60-minute procedure, a patient lies on his/her left side on the examining table. Pain medication and a mild sedative are usually administered to help patients relax during the exam. After the procedure, the patient may need to stay at the facility for a few hours until the sedative wears off.

Because the colon must be completely empty for the colonoscopy to be thorough and safe, patients must follow a dear liquid diet, prior to the procedure. This diet may include fat-free bouillon or broth, strained fruit juice, water, plain coffee, plain tea or diet soda. Gelatin or popsicles in any color but red may also be eaten. A laxative must also be taken the night before the procedure.

Be sure to inform your doctor before the procedure of any medical conditions or medications that you take. 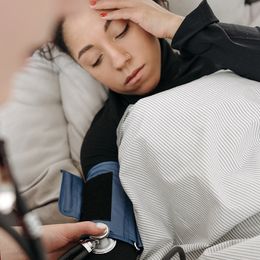 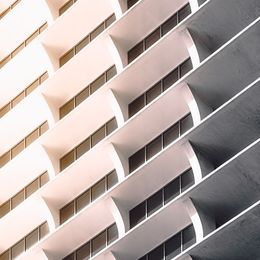