“We could not identify any other reason for the deterioration of their status," says the lead author of the study, Dr. Abhimanyu Garg, a professor of internal medicine at the University of Texas Southwestern Medical Center in Dallas.

Because these medications are known to cause fluid accumulation, doctors discontinued them and gave the patients diuretics to help flush excess fluid from the body. AII responded to this treatment.

The current study, he says, confirms what is already known about these medications.

The researchers studied the records of six men between the ages of 66 and 78 years with type 2 diabetes who had gone to the emergency room at Dallas Veterans Affairs Medical Center.

All six complained of shortness of breath, swelling of their feet and weight gain, which are symptoms of congestive heart failure and pulmonary edema (fluid buildup in the lungs).

Congestive heart failure occurs when the heart can no longer pump enough blood to maintain adequate circulation. Because the heart doesn't pump properly, fluid often builds up in the lungs.

These drugs are not recommended for people who have advanced heart disease.

Four of the six people in this study had chronic renal insufficiency, which means that their kidneys weren't functioning normally. Only two of the participants had any previous signs of heart disease. Four of the six had high blood pressure.

All of the study subjects had been taking the diabetes medications for between one month and 16 months. Three of the participants developed symptoms within one to three months after the dose of their diabetes drug had been increased.

The authors conclude that anyone with a history of congestive heart failure or chronic kidney disease should avoid taking these medications, and they suggest that further study be done on them.

"If somebody is taking these medications and they develop severe swelling or severe weight gain, they are not tolerating the medication," says Garg, who recommends seeing a doctor immediately if you or someone you know is experiencing these symptoms. 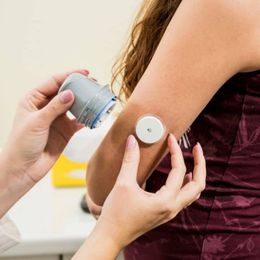 Keep Down the Cost Of Diabetes 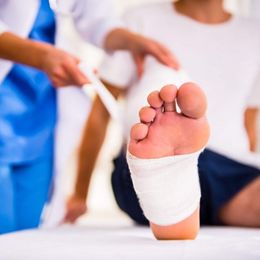