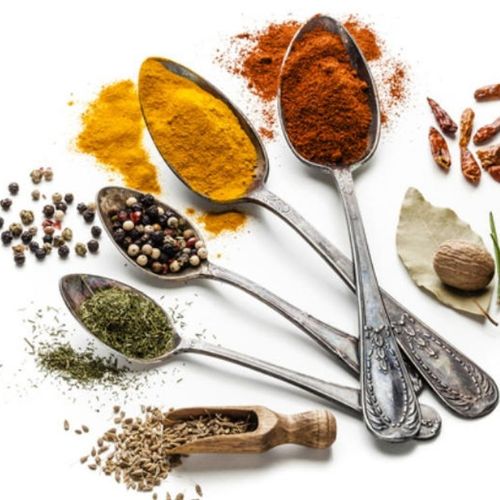 Unlock the Healing Power of Spices

Traditional medicine has recognized the medicinal benefits of spices for thousands of years.

Now: A growing body of scientific evidence supports the use of spices to prevent-and even help treat-a variety of diseases, including arthritis, diabetes, cancer and Alzheimer's.* Following are the new findings...

What it does.' Lowers cholesterol. . .helps prevent atherosclerosis...and reduces allergic responses. Cayenne's benefits can be attributed to the antioxidants, flavonoids and carotenoids it contains, all of which have anti-inflammatory effects and enhance circulation. An extract from cayenne pepper, called capsaicin, can be used in a topical cream to treat the pain from arthritis, shingles, bursitis, low-back ache and neuropathy (nerve pain). Capsaicin depletes nerve endings of substance P, a neurotransmitter that facilitates nerve transmission of pain.

Scientific evidence: A four-week study published in The Journal of Rheumatology found that patients who had osteoarthritis of the hands who applied capsaicin cream four times a day experienced reduced pain and tenderness.

Typical dose: Cayenne is available as a supplement in capsules and tincture. Take one capsule of cayenne pepper up to three times a day...or add three to eight drops of cayenne tincture to 4 ounces of water and drink two to four times a day. Apply topical cream containing capsaicin to painful areas as directed on the label.. You can also season your food with powdered cayenne pepper or hot sauce.

Possible side effects: Cayenne pepper can cause gastric upset. If you take warfarin(Coumadin), do not use cayenne pepper supplements.

Do not let topical capsaicin come in contact with your eyes or other mucus membranes-it can cause pain and burning.

What it does: Helps prevent heart disease and type 2 diabetes.

Due to its antioxidant properties, cinnamon helps people who have metabolic syndrome (a cluster of factors, including excessive abdominal fat, high blood sugar and elevated blood pressure, that increase the risk of cardiovascular disease and type 2 diabetes) use the hormone insulin more efficiently.

Scientific evidence: A US Department of Agriculture (USDA) clinical study found that consuming capsules containing 1,3 or 6 grams (g) of cinnamon daily (approximately 1/4, 3/4 or 1 1/4teaspoons, respectively) for 40 days lowered blood levels of glucose and triglycerides (fats in the blood) by approximately 25% in adults who had type 2 diabetes. It also reduced LDL ('bad') cholesterol by up to 27%.

Typical dose: Use 1/2 to 1 teaspoon of powdered cinnamon daily on cereal or toast or mix into yogurt...take one capsule twice a day...or add 20 to 40 drops of tincture to 1 ounce of water and drink three times daily.

For tea, mix 1/4 to 1/2 teaspoon of powdered cinnamon with 8 ounces of boiling water. Steep for 10 to 15 minutes, covered. Drink one 4-ounce cup up to three times a day.

Possible side effects: Because cinnamon can affect blood glucose levels, people who have diabetes should carefully monitor their blood sugar and ask their doctors if their medication needs to be adjusted.

What it does: Reduces the pain and swelling caused by rheumatoid arthritis and osteoarthritis. . .helps prevent the nausea and vomiting associated with motion sickness or pregnancy. . . enhances digestion and circulation...and eases intestinal gas.

Typical dose: 'Take one to two capsules with meals two to three times daily...or add 10 to 30 drops of the tincture to 1 ounce of water and drink three to four times daily.

For tea, mix 1/4 to 1/2 teaspoon of powdered ginger (or use a ginger tea bag) with 8 ounces of boiling water. Steep for 10 to 15 minutes, covered. Drink 4 ounces up to three times daily.

Possible side effects: Ginger can have a blood-thinning effect, so check with your doctor before using it if you take an anticoagulant, such as warfarin. Ginger may cause an upset stomach in people who take doses larger than those described above.

What it does: Helps prevent atherosclerosis, some types of cancer and Alzheimer's disease. . . reduces the pain and stiffness of rheumatoid arthritis and osteoarthritis...eliminates indigestion and eases the symptoms of inflammatory bowel disease and irritable bowel syndrome (IBS). The beneficial effects of turmeric (also found in curry) are due to its anti-inflammatory compounds known as curcuminoids, as well as the essential oils and carotenoids it contains.

Scientific evidence: In a double-blind, placebo-controlled study, 116 people who had indigestion took either a 500-milligram (mg) capsule of curcumin (the substance that gives turmeric its yellow color) or a placebo four times a day. Nearly 90% of those taking curcumin experienced full or partial relief after seven days.

For tea, mix 1/2 teaspoon of powdered turmeric with 8 ounces of boiling water. Steep for 10 to 15 minutes, covered. Drink 4 ounces up to four times a day.

Possible side effects: Turmeric stimulates liver function, so it should be avoided by anyone who has gallstones or any other bile-duct obstruction. Preliminary studies show that curcumin may lessen the effectiveness of chemotherapy drugs, such as doxorubicin(Rubex) and cyclophosphamide (Cytoxan). If you are undergoing chemotherapy, talk to your doctor before taking curcumin. 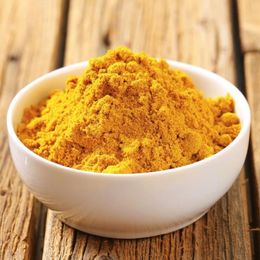 Don't Take a Shortcut With Your Colonoscopy 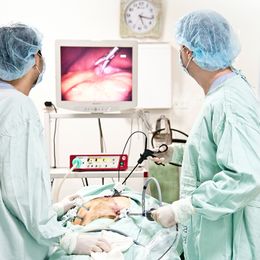