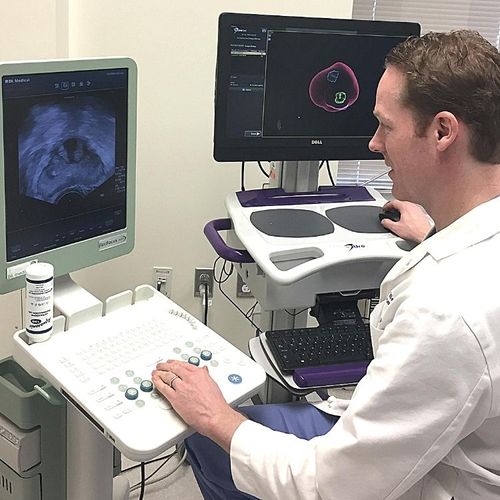 An ultrasound-guided needle biopsy is just as effective as traditional surgery in identifying malignant lymph nodes in women who have breast cancer suggests a University of Michigan study.

This means that some women who are diagnosed with breast cancer could avoid one of the two surgical procedures that are sometimes necessary in breast cancer treatment.

"'We are trying to spare women an extra surgery, and it has been a positive experience for patients who can be diagnosed without surgery," says Dr. Alexis Nees, a clinical assistant professor of radiology at the University of Michigan Medical School in Ann Arbor, and the author of the study.

For the study, researchers used ultrasound to examine 57 women newly diagnosed with breast cancer. If the lymph nodes appeared abnormal on the ultrasound, the researchers then did a needle biopsy of the nodes.

The patients then had breast surgery, and either some or all of their lymph nodes were removed at the same time.

Pathology reports from the surgery were compared with the findings from the ultrasound-guided fine needle aspiration. All of the women who had an abnormal ultrasound and a positive biopsy were found to have cancer in their lymph nodes at surgery.

Following a diagnosis of breast cancer, doctors must first assess the size and type of the tumor and then see if the cancer has spread to the lymph nodes under the arm, Nees explains.

The traditional way to find out if the nodes are cancerous is through a surgical procedure to remove several or all of the lymph nodes in the underarm area and have a pathologist look at them to see if they are cancerous. Often, a patient is operated on for her breast tumor before the results of the lymph node biopsy can be obtained, Nees says.

If she chose to have all of her lymph nodes removed, which is called axillary lymph node dissection, she does not need further surgery. However, Nees says, many women choose to have the partial lymph node sampling because the axillary dissection is associated with a lack of mobility in the upper arm and shoulder as well as some numbness in the arm, shoulder and hand.

In ultrasound-guided fine-needle biopsy, the doctor uses ultrasound to view the lymph nodes, and then uses a fine needle to draw cells from a node that looks abnormal.

A cytologist then assesses if the cells are cancerous. Although the cytologist's assessment itself takes the same amount of time as a pathologist's reading, results are obtained more quickly because there is no need to schedule an operating room and surgeon. Thus, the operating surgeon can get the information he/she needs before surgery to determine whether to remove the lymph nodes.

Ultrasound-guided fine-needle biopsy is also helpful for women who undergo chemotherapy to shrink their tumor before surgery, because information about lymph node involvement means that chemotherapy treatment can be influenced by this data as well, Nees says.

However, Nees continues, the technique is reliable only to confirm malignancy in the lymph nodes.

If the biopsy results find no cancer or are inconclusive, the patient still would need a surgical procedure to make sure there is no further cancer in the lymph nodes.

"This is a helpful tool to alert doctors to a positive---or malignant-finding, so you can tell the surgeon and do everything in one surgery," says Dr. Jolinda Mester, an assistant clinical professor of radiology at Mount Sinai Medical Center in New York City. 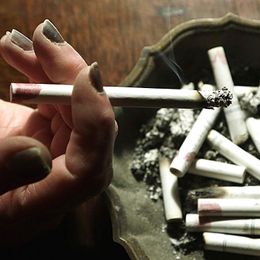 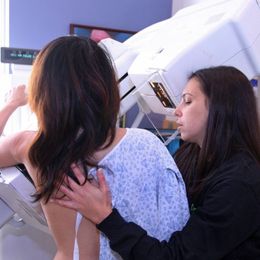