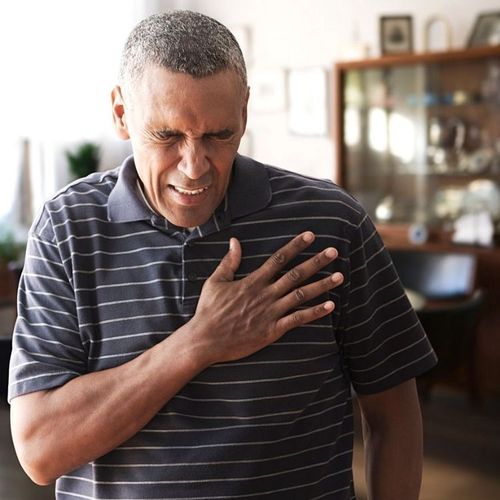 Turn Around Carotid Artery Disease Before It Causes a Stroke

Most people know about coronary artery disease, in which plaque blood flow and increasing heart attack risk. But plaque can also build up in the carotid arteries—the large arteries on both sides of the neck that carry blood to the front and middle part of the brain. This carotid afiery disease significantly increases stroke risk if not treated.

Carotid artery disease has the same causes as coronary artery disease—blood cholesterol adheres to the walls of the artery over time, forming plaque deposits. These deposits can cause a stroke if a piece of plaque breaks off and gets lodged in a smaller brain artery, blocking blood flow...or the plaque cracks or becomes roughened, triggering a blood clot that blocks blood flow to the brain...or the carotid afiery becomes so narrowed by plaque that the blockage itself prevents sufficient blood from getting to the brain.

WHO IS AT RISK?

Most people with early-stage carotid artery disease don't realize it.

Reason: Arteries with blockages of 60% or less usually produce no symptoms. For many, the first sign that they have carotid artery disease is a transient ischemic attack (TIA). TIAs may occur when a small piece of plaque breaks off or a small plaque-related blood clot forms, temporarily reducing blood flow to the brain. These attacks typically last only a few minutes and cause no permanent damage.

Symptoms include loss of sight in one or both eyes...weakness, numbness or tingling on one side of the body...loss of coordination...dizziness or confusion...slurred speech...difficulty swallowing.

If you experience any of these TIA symptoms, seek medical attention immediately. Someone who has had a TIA is 10 times more likely to have a stroke than someone who hasn't. Even if you haven't experienced symptoms, you should be examined for possible carotid artery blockage if you have any of the above risk factors—particularly if you're older than age 45.

Reason: 20 percent of people with carotid artery disease also have blockages in the vertebral arteries. While these tests are more invasive than ultrasound and therefore carry some risk, they give a more in-depth picture of the blockage.

Note: Catheter angiogram is considered the gold standard for accuracy and gives the clearest picture—it also has the most risk.

If the carotid artery disease is asymptomatic—which is usually the case when the artery blockage is 60% or less—the first line of treatment involves controlling the underlying risk factors, including…

Also, one or more antiplatelet medications may be prescribed to reduce the risk of dangerous blood clots—including aspirin, dipyridamole (Persantine), clopidogrel (Plavix) and ticlopidine.

Surgery to reduce asymptomatic carotid artery blockage is usually only recommended if the blockage exceeds 70%.

Reason: Studies have shown that for lesser blockages, risks of surgical complications (reaction to anesthesia or mid-operation stroke or heart attack) outweigh stroke prevention benefits. The main causes of mid-operation stroke or heart attack are emboli (air bubbles or particles of plaque or blood clot in the blood). The risk of serious complications is 2.3%.

The most common operation is a carotid endarterectomy, in which an incision is made in the neck at the point of the blockage—the plaque and, if necessary the diseased artery walls are surgically removed. A shunt (tube) is used to route blood around the area being worked on. If artery tissue is removed, a length of artery is taken from the leg and grafted onto the carotid artery (similar to what's done in coronary bypass surgery). It usually involves a hospital stay of two to four days. After carotid surgery for patients with asymptomatic blockage of greater than 70%, there is a 40% reduction in risk of stroke over five years. However, other risk factors must still be treated since atherosclerosis and narrowing can return. 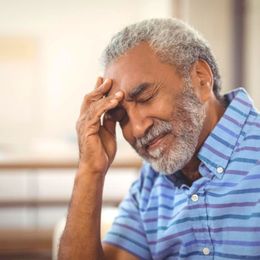 How to Prevent a Stroke 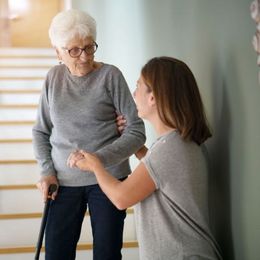