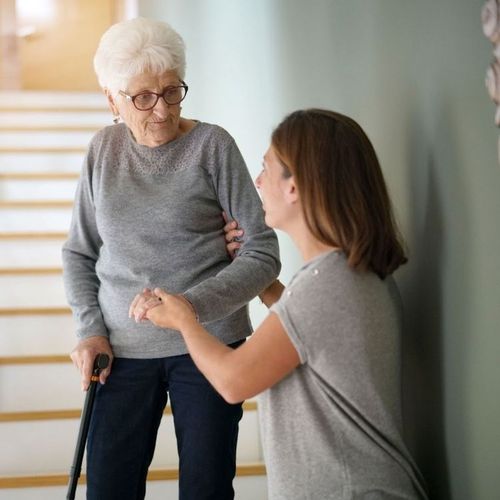 If you suffer a stroke, one of the most common—and devastating—mistakes is failing to seek treatment fast enough. When blood supply to the brain is cut off by a clot (ischemic stroke) or there is bleeding in or around the brain (hemorrhagic stroke), damage starts within minutes. Getting help right away could save your life—or profoundly improve your recovery.

IS IT A STROKE?

The onset of stroke symptoms is sudden and consists of episodes of neurological dysfunction. Transient ischemic attacks, or TIAs, are stroke warning symptoms that usually last 15 minutes to several hours and are not associated with permanent damage. About 10% of patients who suffer a TIA go on to have a stroke within the next three months. If you think that you may be having a stroke, call 911. Studies have shown that treatment may be delayed if you first call your doctor or hospital. While waiting for emergency help, lie down in a comfortable position that allows you to breathe freely.

Caution: It is not recommended that you take aspirin for a suspected stroke. while its clot-fighting ability may help if you are having an ischemic stroke (or heart attack), it could make things worse if you are having a hemorrhagic stroke.

At the hospital, brain imaging is one of the first tests performed to help diagnose a stroke and determine its type. Usually, this is done with a standard computed tomography (CT) scan. This painless, noninvasive test takes multiple detailed images of the brain.

A hemorrhagic stroke is easy to identify on a CT scan. That's because blood, which pools in or around the brain during a hemorrhagic stroke, appears different from brain tissue. 'With an ischemic stroke, the brain can appear normal on a CT scan if swelling or damage has not yet occurred. In this case, the scan rules out other causes, and ischemic stroke is diagnosed by a clinical history and exam. A follow-up CT scan is performed a few days later to confirm the diagnosis.

During the period immediately following an ischemic stroke, medication may be needed to stabilize blood pressure and heart rate. If the stroke sufferer has a fever, it is treated with acetaminophen (Tylenol) or a cooling blanket—even a slight fever can worsen brain damage. Other treatments...

Latest development: Administering clot-busting drugs via an intra-arterial route through a catheter threaded up to the blocked artery itself may extend the treatment window to six hours. This approach requires special imaging, such as angiography, to pinpoint the blockage and can be performed only at centers with such equipment and personnel trained in the technique. Although studies have shown this technique to be effective for some patients, the bleeding risk is higher (10% to 12%) than standard tPA.

Latest development: Another new approach uses a corkscrew-shaped device called the MERCI (mechanical embolus removal in cerebral ischemia) Retriever. It is approved by the FDA for removing clots from brain arteries, which are causing an acute stroke. The device looks promising, but it has not been definitively shown to improve the outcomes of patients and also carries a risk of bleeding into the brain.

Hemorrhagic stroke treatment first focuses on stabilizing the patient—using a ventilator, if necessary, to restore breathing and treating life-threatening heart problems caused by the stroke, such as disturbances in heart rhythm (fibrillation). Other treatments...

Bleeding in the space between the inner layer and the middle layer of the tissue covering the brain (subarachnoid hemorrhage) is usually caused by a ruptured aneurysm—a burst bubble in a brain afiery. Your doctor may prescribe nimodipine, a calcium channel blocker that prevents arteries from going into spasm and causing more damage. After the first hemorrhage, rebleeding can occur unless corrective steps are taken.

Latest development: For aneurysm patients who are not medically stable, a new technique known as coiling may be the best form of treatment. Vith coiling, a catheter is guided up through a blood vessel to place a collection of tiny platinum coils in the aneurysm, which causes a clot to form within the aneurysm. The procedure is less invasive and safer than clipping, but some aneurysms cannot be completely treated with this technique. The risks of both procedures include rebleeding from the aneurysm.

Perhaps the most frustrating aspect of stroke recovery is waiting to determine the extent of brain damage. During this time, an antidepressant may be needed if there are signs of depression.

For most stroke survivors, physical and/or occupational therapy over a period of months—or indefinitely—is essential to optimize functions, such as speech and the physical capacities that were impaired by brain damage.

Latest development: The importance of nutrition has only recently been fully recognized for stroke sufferers. The American Stroke Association recommends assessing and correcting nutritional problems, such as malnutrition. 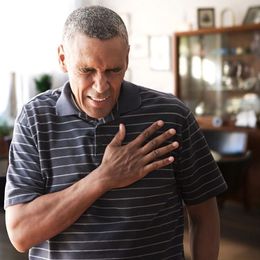 Turn Around Carotid Artery Disease Before It Causes a Stroke 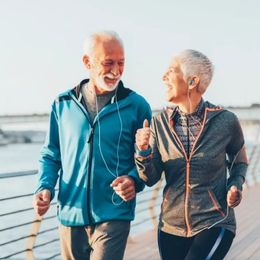