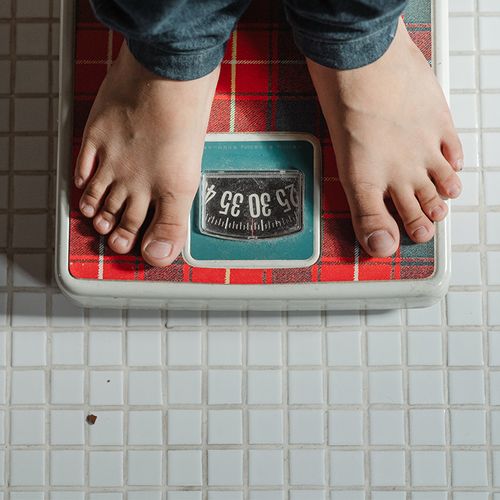 There is a science to weight loss, but the facts often are obscured by the myths. For example, the calories-in, calories-out theory says that for every 3,500 calories you lose, you drop a pound of fat. If you follow this logic, a 150-pound woman who reduced her daily caloric intake by 100 calories (the amount in less than one cup of reduced-fat milk) for 10 years would give up 365,000 calories-and would weigh only 46 pounds!

Despite what you've heard, calories are not all that matter...they're not all the same and the government's dietary guidelines are not effective for weight control.

Example: When researchers at the University of Pennsylvania compared the effects of higher-and lower-calorie diets, they found that people who ate more lost 200% more weight.

A diet high in high-quality foods (such as protein-rich seafood, nuts and seeds and non-starchy vegetables, such as celery, asparagus and salad greens) increases satiety, the ability of calories to fill you up and keep you full. The same foods are less likely to be stored as body fat than, say, processed foods, and they're more likely to be burned off with your normal metabolism.

People who eat less to lose weight usually fail because the body interprets calorie restriction as starvation. For self-protection, it hangs on to body fat and instead utilizes muscle tissue for energy. Up to 70% of the weight that people lose on a low-cal diet actually is muscle tissue, not fat.

When we eat more-but smarter-we are satisfied...eat only the number of calories that we really need...and provide our body with an abundance of nutrition. This enables us to sustainably burn body fat.

Protein is less likely to be converted to fat. When you eat an egg omelet or a chicken breast, about one-third of the protein calories are burned during digestion another one-third are burned when the liver converts protein to glucose (a process called gluconeogenesis).

Compare this to what happens when you eat bread or other starchy foods. About 70% of those calories can be stored as fat.

Recommended: Get one-third of your calories from protein in the form of seafood, poultry, meat or nonfat dairy, such as plain Greek yogurt or cottage cheese.

The fiber in plant foods isn't digested or absorbed. Instead, it takes up space in the digestive tract and makes you fill up faster and stay full longer. This is why you will feel more satisfied when you eat, say, 200 calories worth of celery instead of 200 calories worth of candy. The celery takes up about 30 times more space.

Reason: The calories in grains are aggressive, which means that they're more likely to be stored as fat than the calories that you get from protein or nonstarchy carbohydrates. Grains-even whole grains-are rapidly converted to glucose (blood sugar) in the body. The rapid rise in glucose is followed by an equally rapid drop-off. This stimulates the appetite and causes you to crave more calories.

Also, fast-rising glucose is hard for the body to handle. It responds by attempting to rid itself of glucose-by storing it in fat cells.

Recommended: Get about one-third of your calories from fats, including olive and canola oils (monunsaturated fats that lower your risk for heart disease) and the fats in meats, poultry and fish.

Recent finding: Women who consistently kept food diaries lost about six more pounds (or about 4% more) in a year than women who didn't.

Reason: Writing down what and how much you eat makes it seem more real-if you do not write food down, it is easier to tell yourself that you did not eat so much.

Buffet lunch guests were assigned to either a line where only white Alfredo-sauce pasta was served or a line with only red marinara-sauce pasta. Each was randomly given a red or white plate. Those with plates that matched the color of their food helped themselves to much more than those who had plates of the different color.

Recommended: Between five and 15 cups of green tea daily. For maximum efficiency, put all the tea bags you need for the day in hot water. Let the tea brew for a few minutes, and then drink the tea throughout the day like iced tea...or put it in the microwave if you prefer hot tea. 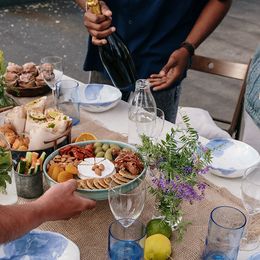 Guerrilla Tactics to Control Your Diabetes 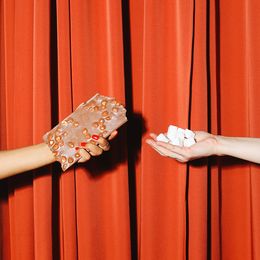