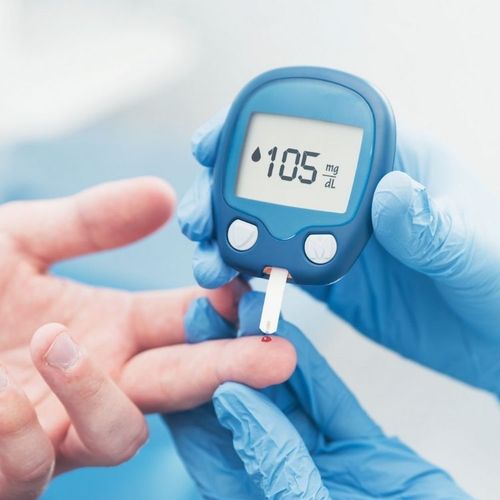 The Secret Invasion That Causes Diabetes

It's easy to get the impression that diabetes is all about blood sugar. Most people with diabetes check their glucose levels at least once a day. Even people without diabetes are advised to have glucose tests every few years-just to make sure that the disease isn't creeping up on them.

But glucose is only part of the picture. Scientists now know that chronic inflammation increases the risk that you'll develop diabetes. If you already have insulin resistance (a precursor to diabetes) or full-blown diabetes, inflammation will make your glucose levels harder to manage.

A common mistake: Unfortunately, many doctors still don't test for inflammation even though it accompanies all of the main diabetes risk factors, including smoking, obesity and high-fat/sugar diets. What you need to know about this important aspect of diabetes care...

You hear a lot about inflammation, but what exactly is it-and when is it a problem? Normal inflammation is protective. It comes on suddenly and lasts for just a few days or weeks-usually in response to an injury or infection. Inflammation kills or encapsulates microbes... assists in the formation of protective scar tissue .. . and helps regenerate damaged tissues.

But chronic inflammation-caused, for example, by infection or injuries that lead to continuously elevated levels of toxins-does not tum itself off. It persists for years or even decades, particularly in those who are obese, eat poor diets, don't get enough sleep or have chronic diseases, including seemingly minor conditions such as gum disease.

The diabetes link: Persistently high levels of inflammatory molecules interfere with the ability of insulin to regulate glucose-one cause of high blood sugar. Inflammation also appears to damage beta cells, the insulin-producing cells in the pancreas.

Studies have shown that when inflammation is aggressively lowered-with salsalate (an anti-inflammatory drug), for example glucose levels can drop significantly. Inflammation is typically identified with a blood test that measures a marker known as CRP, or C-reactive protein (see the next page).

How to Fight Inflammation

Even though salsalate reduces inflammation, when taken in high doses, it causes too many side effects, such as stomach bleeding and.ringing in the ears, to be used long term. Safer ways to reduce inflammation and keep it down...

Air pollution (including cigarette smoke) increases inflammation in fatty tissues and in the vascular system. In animal studies, exposure to air pollution increases both insulin resistance and the risk for full-fledged diabetes.

My advice: Most people-and especially those who live in polluted areas-could benefit from using an indoor HEPA filter or an electrostatic air filter.

Products such as the Honeywell Long-Life Pure HEPA QuietCare Air Purifier (available at www.amazon.com for $109.98) will trap nearly 100% of harmful airborne particulates from indoor air

If you live in a large metropolitan area, avoid outdoor exercise during high-traffic times of day.

· Take care of your gums. Even people who take good care of their teeth often neglect their gums. It’s estimated that almost half of American adults have some degree of periodontal (gum) disease.

Why it matters: The immune system can't always eliminate infections that occur in gum pockets, the areas between the teeth and gums. A persistent gum infection causes equally persistent inflammation that contributes to other illnesses. For example, research shows that people with gum disease were twice as likely to develop diabetes as those without it.

My advice: After every meal (or at least twice a day), floss and brush, in that order. And clean your gums-gently use of soft brush. Twice a day, also use an antiseptic mouthwash (such as Listerine).

It's particularly important to follow these steps before you go to bed to remove bacteria that otherwise will remain undisturbed until morning.

· Get more exercise. It's among the best ways to control chronic inflammation because it burns fat. When you have less fat, you'll also produce fewer inflammation-promoting cytokines.

Data from the Nurses' Health Study and the Health Professionals Follow-Up Study found that walking briskly for a half hour daily reduced the risk of developing diabetes by nearly one-third.

My advice: Take 10,000 steps per day. To do this, walk whenever possible for daily activities, such as shopping, and even walk inside your home if you don't want to go out. Wear a pedometer to make sure you reach your daily goal.

· Enjoy cocoa. Cocoa contains a type of antioxidant known as flavanols, which have anti-inflammatory properties. Known primarily for their cardiovascular benefits, flavanols are now being found to help regulate insulin levels.

My advice: For inflammation-fighting effects, have one square of dark chocolate (with at lest 70% cocoa) daily.

· Try rose hip tea. Rose hips are among the richest sources of vitamin C, with five times as much per cup than what is found in one orange. A type of rose hip known as rosa canina is particularly potent because it may contain an additional anti-inflammatory compound known as glycoside of mono and diglycerol (GOPO). It inhibits the production of a number of inflammatory molecules, including chemokines and interleukins.

My advice: Drink several cups of tangy rose hip tea a day. It's available both in bags and as a loose-leaf tea. If you're not a tea drinker, you can take rose hip supplements. Follow the directions on the label.

· Season with turmeric. This spice contains curcumin, one of the most potent anti-inflammatory agents. It inhibits the action of eicosanoids, "signaling molecules" that are involved in the inflammatory response.

My advice: Eat more turmeric-it's a standard spice in curries and yellow (not Dijon) mustard. You will want something more potent if you already have diabetes and/or elevated CRP. I often recommend Curamin, a potent form of cucumin that's combined with boswellia, another anti-inflammatory herb.

Important: Be sure to talk to your doctor before trying rose hip or turmeric supplements if you take medication or have a chronic health condition.

An inexpensive and accurate blood test that is often used to estimate heart attack risk is also recommended for people who have diabetes or are at increased risk for it. The blood test measures C-reactive protein (CRP), a marker for inflammation, which can lead to heart disease and impair the body's ability to regulate glucose.

Doctors may recommend the test for patients beginning in their 30s. It's wise to get it earlier if you have diabetes risk factors, such as obesity or a family history.

A high-sensitivity CRP (hsCRP) test typically costs about $20 and is usually covered by insurance. A reading of less than 1 mg/L is ideal. Levels above 3 mg/L indicate a high risk for insulin resistance and diabetes as well as for heart attack.

If the first test shows that your CRP level is elevated, you'll want to do everything you can to lower it- for example, through exercise, a healthful diet and weight loss. Repeat the test every four to six months to see how well your lifestyle improvements are working. 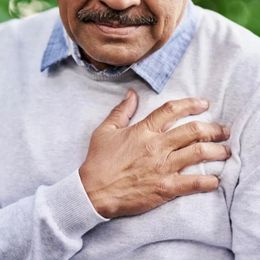 How Your ApoE Genes Lead to Diabetes or Heart Disease

The Shocking Diabetes Trigger That Can Strike Anyone 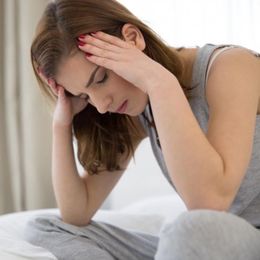