The Pills That Cause Lifelong Gut Problems

By now, we all know better than to press our doctors for antibiotics when we have non-bacterial infections, such as colds. After all, we don't want to contribute to the growing problem of antibiotic resistance in a vain attempt to squelch viruses and other germs with drugs that only work against bacteria.

An umbrella term for a group of disorders that includes Crohn's disease and ulcerative colitis, IBD causes diarrhea, constipation, abdominal pain and cramping, gas, bloating and/or rectal bleeding and the symptoms can be lifelong. Though IBD can develop at any age, it is particularly worrisome to note that its incidence has doubled among kids over the last decade.

Study scoop: Researchers analyzed data on more than a million children under age 18 who were followed for at least two years. They found that kids who took common oral antianaerobic antibiotics (which target bacteria that don't need oxygen to thrive)-such as penicillin, amoxicillin and amoxicillin clavulanate (Augmentin-were 84% more likely to develop bowel problems than kids who did not take such antibiotics. The more antibiotics the children took and the younger they were when they took them, the higher their IBD risk. Babies were especially vulnerable-IBD risk was more than five times greater for infants given the antibiotics before their first birthdays, compared with babies who didn't get the drugs.

Widespread risk: It's estimated that about 49 million antibiotic prescriptions are written for kids in the US every year. The study researchers suggest that those prescriptions will result in an additional 1,700 cases of pediatric IBD per year. What's the connection? The antibiotics may alter bacteria in the gut, triggering chronic inflammation.

Gut advice: IBD tends to run in families. If you have a legacy of Crohn's disease or ulcerative colitis in yours, don't automatically press your child's pediatrician for an antibiotic. if the doctor offers up a prescription? Before you accept, ask whether there are any other treatment options or whether it's appropriate to use a narrow-spectrum antibiotic that targets a narrower range of bacteria.

As for whether taking antibiotics in adulthood might also increase IBD risk, the jury is still out-but the possibility does exist. So the prudent course for all of us, regardless of age, is to renew our commitment to avoiding unnecessary antibiotics, reserving their use for times when such treatment truly is needed. 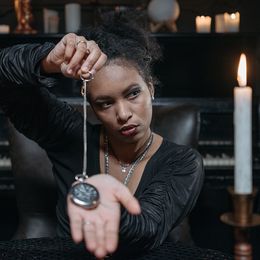 Hypnosis Help For a Bad Gut

The Real Causes of Stomach Trouble 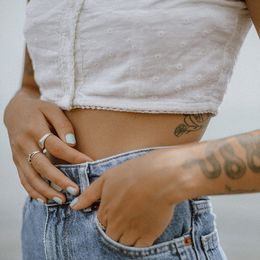