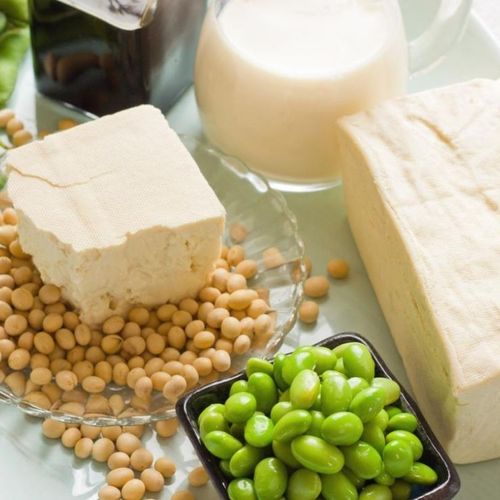 The Miracle Food Every Man Should Eat...and Most Women, Too

Soy is one of the few foods that the US Food and Drug Administration (FDA) allows to have a health claim on the label. The claim states that diets that are low in saturated fat and cholesterol and that include 25 grams (g) of soy protein per day may reduce a person's risk of heart disease.

Evidence suggests that soy may be helpful for a range of other diseases, including osteoporosis and some kinds of cancer. However other studies suggest that it may increase the risk of breast cancer. Here's what you need to know...

Soy Benefits For You

Preliminary research suggests that soy may be helpful for the following conditions...

Soy protein lowers LDL ('bad") cholesterol by 4% to 5%-more when it is used as a substitute for red meat or other dietary sources of saturated fat. Soy protein may increase the activity of cellular receptors, which "trap" LDL and take it out of circulation.

Soy is rich in isoflavones, a class of chemical compounds that act- like weaker versions of the hormone estrogen. Isoflavones, known as phytoestrogens, enhance the ability of arteries to relax and/or dilate, improving blood flow. This is true for men and women.

Soy lowers blood pressure by as much as 15 points, according to some studies. Other studies, however, have shown more modest or no effects.

Soy has linolenic acid, which may reduce heart disease mortality by 20%.

Prostate cancer. Japanese men have significantly less incidence of prostate cancer than American men, possibly due to soy. A study of cancer patients found that levels of prostate specific antigen (PSA), an indicator of prostate cancer, leveled off in men who were given soy isoflavones for six months. Isoflavones are believed to inhibit the enzymes that fuel the growth of tumors.

Most men will develop prostate cancer at some point in their lives. This cancer grows slowly, so it may never cause related health problems-but prostate cancer still is the second-leading cause of cancer deaths among men (lung cancer is the first). I advise every man to eat soy.

Menopausal discomfort. The phytoestrogens in soy are metabolized in the body into equol, an estrogen like compound. Soy seems to be most effective for women who experience five or more hot flashes a day-,it can reduce hot-flash frequency by up to 40%. Some menopausal women who eat soy also notice an improvement in vaginal dryness.

Diabetic renal disease. One of the most serious complications of diabetes is kidney disease, which can lead to kidney failure. Substituting soy for animal protein lowers the glomerular filtration rate, a measure of kidney stress, and may slow kidney damage.

Soy may be helpful for the following conditions, but research so far is inconclusive...

Osteoporosis. Soy has been promoted for bone strength on the mistaken premise that Asian women have less incidence of osteoporosis than American women. Not true. While their rate of hip fractures is lower than in the US, the Japanese have twice the rate of vertebral fractures. The difference in hip fractures is probably due to a difference in anatomy, which makes the hip less likely to break on impact.

Other evidence suggests that isoflavones do promote bone strength. The US Department of Agriculture (USDA) and the National Institutes of Health (NIH) are currently allotting significant resources-approximately $10 million-for studies to determine whether isoflavones play a role in bone health.

However, some researchers believe that soy may raise the risk of breast cancer. Most breast tumors are stimulated by estrogen. A diet high in isoflavones, which mimic some of estrogen's effects, could stimulate tumor growth in women who have these estrogen-positive tumors.

Animal studies conducted at the University of Illinois found that isoflavones increased tumor growth-yet similar studies at Harvard University showed the opposite. No one knows if soy isoflavones have any effect on breast cancer in humans. A recent two-year study of premenopausal women found that soy had no effect on breast tissue density, an indicator of cancer risk.

Some people don't eat soy because they're just not familiar with it. The soybean is a member of the legume (pea) family. It forms clusters of three to five pods, each with two to four beans. Tofu, miso, tempeh and other foods made from soy contain isoflavones. Some soy products, such as soy sauce and soy oil, contain soy but are not good sources of isoflavones. 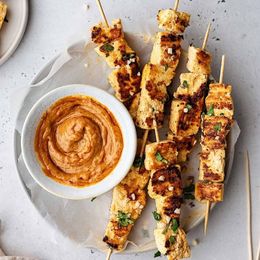 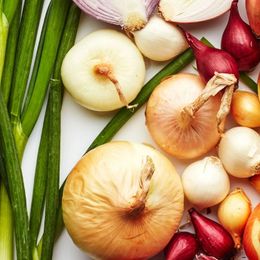