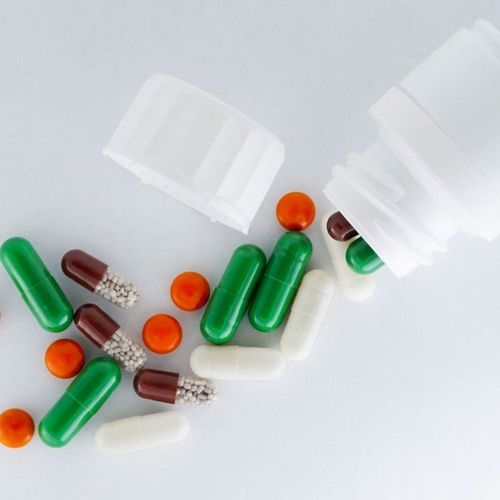 Antidepressants have been getting negative reviews lately. Pharmaceutical companies have been called to ask for the credibility of their research, and fears have emerged that the drugs may increase suicide risk-especially among teenagers.*

In the face of such controversy, why would anyone want to take an antidepressant?

Problem: Up to 19 million Americans experience depression. And self-help strategies, such as exercise, diet and natural remedies, don't help everyone. For many people who are depressed, medication offers the best hope for relief.

*Antidepressants now carry a warning label because research shows increased suicidal thoughts (not actual suicides) in children and adolescents who are taking these drugs. When taking an antidepressant, call your doctor if you experience agitation, physical restlessness or have suicidal thoughts.

New: Drugs that relieve depression but do not cause intolerable side effects are now available.

Do You Need An Antidepressant?

Depression affects both the mind and the body. Emotionally, you feel sad or "numb" much of the time. You may no longer enjoy things that once pleased you (including hobbies, seeing friends and shopping)... you feel unmotivated. . .find it difficult to concentrate. . .experience decreased libido...feel guilty or worthless. you may be more prone to abuse alcohol or drugs and might even think of suicide.

Physically, you may experience fatigue, too little (or too much) sleep, changes in appetite and/or a sense of slowing down. In some people, depression manifests as headaches and,/or backaches.

If you have several of these symptoms, see your doctor or a mental health professional to determine whether depression is to blame. This is especially true if your symptoms have caused trouble in your relationships and/or at work.

When depression is relatively mild-especially if it seems linked to a situation (a bad job or troubled marriage, for example) or traumatic event (such as a death in the family)-it may be worth while to try psycho therapy first. But if depression interferes seriously with your life-particularly if you or family members have had depression and/or anxiety before-medication combined with psychotherapy may be a better choice.

For nearly 50 years, doctors have prescribed tricyclic antidepressants, such as amitriptyline (Elavil) and imipramine (Tofranil). . .and monoamine oxidase inhibitors (MAOIs), such as tranylcypromine (Parnate). They are not widely used today, largely because of side effects, such as weight gain, sedation and dietary restrictions.

In the last 18 years, antidepressants known as selective serotonin reuptake inhibitors (SSRIs) have received significant attention. They work by increasing the activity of serotonin, a brain chemical that is linked to depression. SSRIs include fluoxetine (Prozac), sertraline (Zoloft), paroxetine (Paxil) and citalopram (Celexa). In 2002, escitalopram (Lexapro) joined this group.

Drugs that work on other brain chemicals instead of, or in addition to, serotonin include bupropion (Wellbutrin), venlafaxine (Effexor), mirtazapine(Remeron) and the newest, duloxetine (Cymbalta), which was introduced in 2004.

Individuals respond differently to antidepressants. You may do better on Drug A while another person does better on Drug B. This is largely due to differences in individual biology. Any antidepressant will substantially relieve symptoms in approximately two-thirds of the people who take it.

Regardless of the drug being used, you may begin to feel better in a week or two, but it takes four to six weeks for symptoms to substantially improve. If you are still depressed after six to eight weeks, your doctor may suggest increasing the dosage or trying a different antidepressant.

All medication, including antidepressants, may affect the body in undesired ways.

Example: SSRIs cause sexual problems (reduced desire, difficulty with arousal or orgasms) in many people. These problems are least likely with bupropion or mirtazapine.

Many people fear that antidepressants will change their personalities or blunt their emotions. With the right medication, however, this should not occur.

If side effects are troublesome, it may be necessary to reduce the dosage of the antidepressant or switch to another. If the drug is otherwise working well, talk to your doctor about trying the following strategies to reduce side effects...

Nausea. Split the dose or take the medication at bedtime. Or take the pill with food.

Daytime sleepiness or fatigue. If night time sleep is adequate, consider taking the antidepressant at night. Your doctor also may consider lowering the dosage, adding a low dose stimulant, such as modafinil(Provigil), or switching to another drug.

Weight gain. Diet and exercise are essential-but an antidepressant may lower metabolism, leading to weight gain. Consider one of the antidepressants that's least likely to affect weight, such as bupropion.

Once an antidepressant has eased depression symptoms, most people want to stop taking it. But stopping too soon increases the risk of a recurrence.

If this is your first episode of depression, talk to your doctor about staying on the medication for at least one year after you begin to feel better.

If this is your second bout, or if depression runs in your family, consider continuing the medication for two years or longer.

If you've had three or more episodes of depression, the risk of a recurrence is more than 90%. Many doctors advocate medication indefinitely-the way a diabetic takes insulin.

Important: If you stop taking an antidepressant, do so gradually-and under a doctor's supervision. 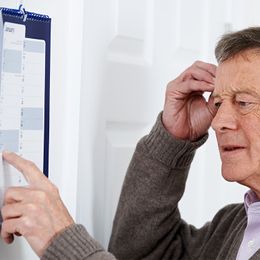