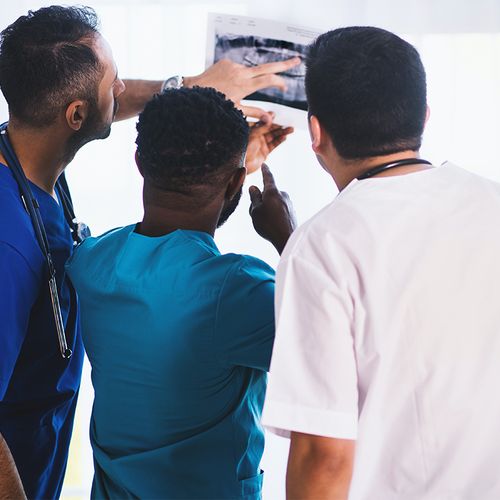 The Epidemic of Overdiagnosis

There's a dangerous epidemic out there. It's called overdiagnosis-when you are diagnosed with a condition that will never hurt your health.

Overdiagnosis can lead to potentially harmful medical care, as you undergo invasive tests, take medications or have surgery-all for a condition that is harmless. Medical care also can be expensive, time-consuming and anxiety-producing Here, according to H. Gilbert Welch, MD, MPH, the conditions that are frequently overdiagnosed…

And all that unnecessary treatment can involve added expense, hassle (doctor appointments, lab tests, refills, insurance forms, etc.) and drug side effects such as fatigue, persistent cough and erectile dysfunction.

More than 20 million Americans have type 2 diabetes, which can cause complications such as heart disease, kidney failure, blindness, nerve pain and leg infections that lead to amputation.

However: Like high blood pressure, type 2 diabetes has a range of abnormality, from the asymptomatic to the severe. Some people with diabetes will never develop complications.

That's even more likely nowadays because the medical definition of type 2 diabetes-and therefore, the criteria for who should and should not be treated-has changed. The definition of type 2 diabetes used to be a fasting blood sugar level higher than 140 mg/dL. Today, it is a fasting blood sugar level higher than 126 mg dl-turning millions of people into diabetics. A newer test-hemoglobin AIC, a measurement of long-term blood sugar levels that detects the percentage of red blood cells coated with glucose (blood sugar)-defines diabetes as a level of 6.5% or higher.

My viewpoint: Physicians should use medication to reduce blood sugar in patients with an A1C of 9% or higher...discuss treatment with patients between 8% and 9%...and typically not treat patients under 8%.

In a randomized trial designed to test the effect of aggressive blood sugar reduction, more than 10,000 people with type 2 diabetes and AIC levels above 8% were divided into two groups. One group received intensive glucose-lowering therapy aimed at reducing A1C to less than 6%. The other group received standard therapy, targeting a level of 7% to 79%. After three years, the intensive-therapy group had about 25% increased risk for death, and because of that, the trial was stopped.

In 2012, the US Preventive Services Task Force recommended against screening for prostate cancer with the prostate-specific antigen (PSA) test, concluding that many men are harmed as a result of prostate cancer screening and few, if any, benefit."

Recent research shows that 1.000 men need to have a PSA test annually for a decade to prevent one death from prostate cancer. However, between 150 and 200 of those men will have a worrisome PSA test (a level higher than 4) that will lead to a biopsy of the prostatean invasive procedure that can cause blood in the urine, infections and a high rate of hospitalization in the month after the procedure. Of those biopsied, 30 to 100 will be treated for a cancer that was never going to bother them. As a result, between one-third and one-half of those men will become impotent and 20% to 30% will become incontinent.

My viewpoint: I am a 57-year-old man-I have not had a PSA test, nor do I intend to. I understand that I may develop symptoms of prostate cancer (such as trouble urinating and bone pain), that I may die from prostate cancer (as about 3% of men do) and that lifelong screening might reduce my risk (maybe down to as low as 25%). But I also recognize that most men (about 97%) will die from something else, and I don't want to spend my life looking for things to be wrong. Most prostate cancers found by the PSA test are slow-growing and not life-threatening, but because there is no way to determine which prostate cancers are dangerous and which are nonthreatening, most of them are treated. Given the limited benefits in saving lives and the terrible risks of overtreatment, I don't recommend PSA testing. (For other views and studies on PSA testing, see page 310.)

Diagnostic mammography-testing a woman when a new breast lump is found to see if she has cancer—is an absolute must. Screening mammography-for early detection of breast cancer—is not.

Recent scientific research: A study I coauthored, published in The New England Journal of Medicine, links three decades of mammo graphic screening for breast cancer to a doubling in the number of cases of early-stage breast cancer, from 112 to 234 cases per 100.000 women. Our study estimated that over those 30 years, 1.3 million American women have been overdiagnosed-tumors that were detected on screening would never have led to clinical symptoms.

My viewpoint: It is probably true that some women will die of breast cancer if they don't get screened for it. But it is much more common to be hurt by screening than helped by it. Mammography is a choice, not an imperative. 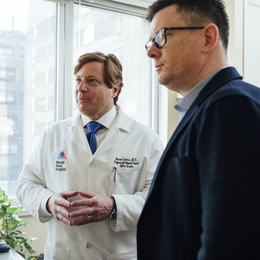 When to Follow Your Doctor to a New Practice 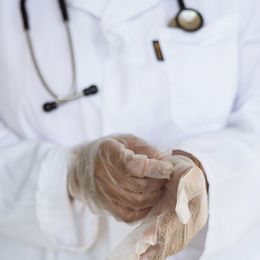