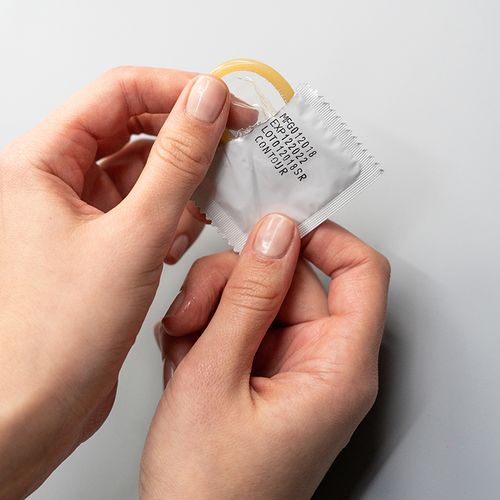 Memories of the notorious Dalkon Shield-a contraceptive intrauterine device (IUD) linked to pelvic inflammatory disease and infertility-have caused many women to remain leery of IUDs. If you share their concerns, you're hardly alone. Fewer than 6% of US women who use contraception choose IUDs.

But: Many experts are urging women to take a fresh look, because today's IUDs are among the safest, most effective and most economical forms of reversible birth control.

An IUD is a plastic, T-shaped device that a physician places in a woman's uterus. Two brands are on the market…

Anita L. Nelson, MD, a professor of obstetrics and gynecology at the David Geffen School of Medicine at the University of California, Los Angeles, discussed these devices and their benefits. Today's IUD…

Comparison: About 6% of users of the Depo-Provera injection, 9% of users of the Pill and 17% of condom users wind up pregnant each year, given that these methods are not always used correctly.

Is it safe? Dr. Nelson said that there is a critical difference between the old-style IUD and those used today. The Dalkon Shield's tail string had a design that may have allowed it to convey bacteria from the vagina into the uterus...whereas today's IUDs have "monofilament" tail strings that do not facilitate movement of bacteria. About one in 1,000 women experience problems during the placement procedure (such as puncture of the uterus). Some IUD users develop ovarian cysts, which generally are harmless but sometimes can cause pain. In some cases, a woman loses her IUD early if her uterus pushes it out. Such expulsions most often occur within the first months after insertion.

In the past, the IUD was often considered most appropriate for women who had previously given birth because they are less likely to expel the device. But The American College of Obstetricians and Gynecologists (ACOG) recently declared IUDs safe for most women of childbearing age, including those who have never given birth...those with a history of ectopic (tubal pregnancy...and teens. In addition, ACOG now says that an IUD can be placed right after childbirth, miscarriage or a D&C, rather than delaying four to six weeks as traditionally has been advised. The device does have to fit correctly, however, so women with large fibroids, uterine cancer or infections are not candidates for the IUD, Dr. Nelson said.

If you decide to get an IUD: Placement of the device takes just a few minutes and is done in a doctor's office. You may be advised to take an over-the-counter nonsteroidal anti-inflammatory (not aspirin) beforehand to minimize discomfort during and after the insertion. Expect mild cramping and perhaps spotting or bleeding that persists for several weeks. After about five to 10 weeks, you return for a checkup.

Thereafter, you don't need any extra monitoring outside of your normal gynecological checkups. There are no limitations on your activities. But do contact your physician if at any time during your IUD use, you are concerned that…

Sex question you may be afraid to ask: Can the woman or her partner feel the IUD during sex? She told me that neither partner can feel the device itself because it is inside the woman's uterus...and the tail string tucks away and should not be bothersome.

Over-the-counter treatment for overactive bladder is available for women, reports Leslie M. Rickey, MD, MPH, Oxytrol is a thin, flexible transdermal patch that releases oxybutynin, which is effective at controlling overactive bladder and decreasing urinary leakage. Side effects such as constipation, dry mouth and skin irritation usually are mild. But check with your doctor before using.

Pleasure-Enhancing Feminine Parts You Never Knew You Had