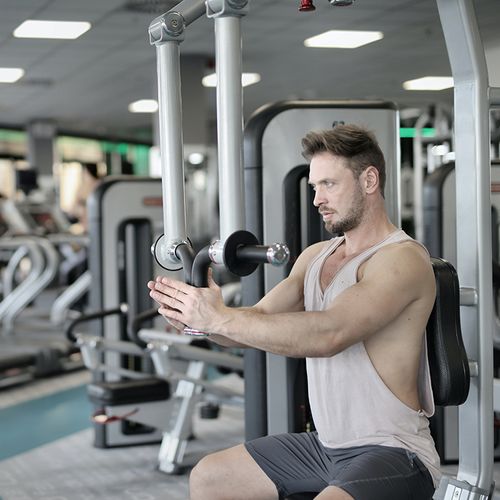 The Affordable, In-Home Strength Workout that Beats the Machines

As you age, one of the simplest—yet most effective—actions you can take to maintain your ability to perform everyday activities, such as carrying shopping bags and climbing stairs, is to build muscle strength.

What you may not know: The expensive, freestanding weight machines that are found in gyms around the country are not always the best way to build strength.

Important new finding: When 30 people exercised twice weekly for 16 weeks, researchers found that those who used "free-form" equipment, such as hand weights, improved their strength by 115% versus 57% when freestanding exercise equipment, such as a leg-press machine, was used.

For even greater benefits: While performing free-form strength-building exercises, sit or lie on an inflatable "stability ball." This helps strengthen another set of muscles, called stabilizers. These include the postural muscles in the lower back, abdomen and thighs.

The following exercises, which work all the major muscles in the body, can be performed in about 20 minutes in your home.*

Example: A woman who is just beginning to strength-train may start with two-pound hand or ankle weights, while a male beginner may start with five-pound weights. Once you can easily perform 15 repetitions, switch to a heavier weight. Increase the weight by one to three pounds at a time depending on the strength of the muscles worked.

To choose the proper size stability ball: Follow the instructions on the package, using your height as a general guideline. Inflate the ball so that your knees and hips are at the same level when you sit on it.

For each of the following exercises, perform one set of eight to 15 repetitions unless otherwise noted...**

*Rest at least 48 hours between workouts to allow for adequate muscle recovery, and always check with your doctor before beginning any exercise program.

Among the secondary muscles used: Fronts of the shoulders, the upper back and sides of neck.

What to do: While holding a weight in each hand, sit on the stability ball with your feet on the floor, your elbows next to your waist. Keeping your elbows in this position, lift the weights toward your shoulders. Return slowly to starting position.

Among the secondary muscles used: Fronts of the shoulders and pectorals (front of the chest).

What to do: While holding a weight in each hand, sit on the ball with your abdominal muscles tightened and your back straight. Extend both arms overhead, palms facing each other and elbows

slightly flexed. Keeping your elbows stationary, bend them to lower the weights to the backs of your shoulders. Return slowly to starting position with arms overhead.

Among the secondary muscles used: Iliopsoas muscles connecting the pelvis to the front of the hip).

What to do: Place a weight on your right ankle and sit on the ball with your palms holding

the sides of the ball for added stability, Straighten your weighted leg with your heel resting on the floor, then flex your ankle so your toes point upward. Lift your weighted leg as high as you comfortably can. Return slowly to the starting position. Perform a second set of eight to 15 repetitions with your left leg

Among the secondary muscles used: Fronts of the shoulders, triceps and biceps.

What to do: While holding a weight in each hand, sit on the stability ball and carefully "walk" forward until your lower back rests on the ball.

Keep your feet and knees shoulder-width apart with your knees directly above your heels. Extend your arms above your chest, elbows slightly bent and palms facing each other. Lower your left arm to the side until it's in line with your shoulders. Return slowly to the starting position. Perform a second set of eight to 15 repetitions with your right arm.

Among the secondary muscles used: Hamstrings (backs of the thighs).

What to do: Place a weight on your left ankle, then face the ball with your knees slightly bent and lean forward to rest your trunk on the ball. Keep your feet shoulder-width apart with both hands flat on the floor for extra stability. While holding your weighted leg straight, lift it off the ground as high as you comfortably can, then slowly lower it again without touching it to the floor. Perform a second set of eight to 15 repetitions with the right leg.

Among the secondary muscles used: Backs of the shoulders, and middle and upper back.

What to do: Rest your trunk on the stability ball and lower your head so your chin also rests on the ball. Hold a weight in each hand and place your hands in front of your forehead with your palms facing down. Keeping your head in line with your trunk, lift your head, shoulders and chest off the ball and pull your elbows back toward your hips. 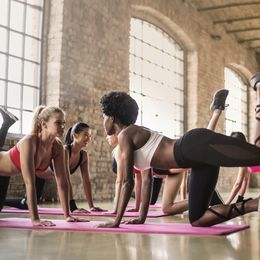 Exercise for Your Body Type 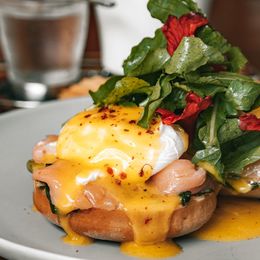