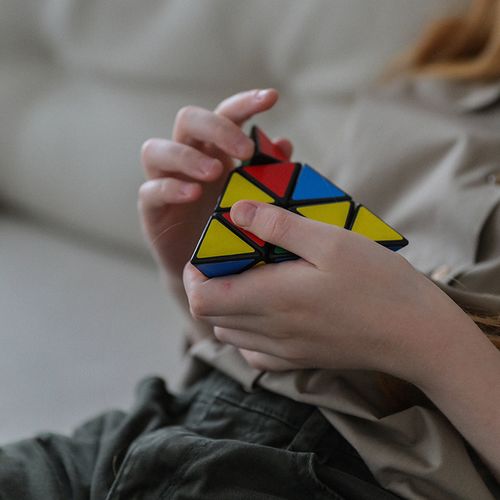 Parents, you may be onto something A small recent study suggests that teens intelligence, as measured by the IQ test, may fluctuate throughout adolescence.

The changes in both verbal and nonverbal IQ-ranged as much as 20 points and were correlated with specific brain areas.

IQ has long been thought to remain stable over a person's lifetime.

The findings might have implications for kids' educations, the researchers said. Children, especially those with lower IQs, should not be pigeonholed into specific educational and career trajectories based on their IQ alone.

"Approximately one-fifth of our sample had very substantial changes such that they moved from above average to below average or vice versa," said Cathy Price, PhD, senior study author and professor at the Wellcome Trust Centre for Neuroimaging, University College London, UK.

Dr. Price hasn't yet measured whether or not IQ changes in adults, "but my guess would be yes, because intensive skill training in adults causes brain changes."

In their research, Dr. Price and her colleagues measured the IQs of 33 individuals aged 12 to 16 in 2004. They performed MRI brain imaging of the adolescents' brains at the same time.

Four years later, the same group of individuals, now between 15 and 20 years old, were tested and underwent additional MRI scans.

The team reported that changes in IQ did seem to occur, with some participants improving their scores by as much as 20 points over time, relative to people of similar age, while other kids saw declines in IQ levels.

The fluctuations seemed correlated to changes in certain brain areas, with verbal IQ (such as might be used in language and math) corresponding to a different part of the brain than nonverbal changes involving visual questions).

Dr. Price explained that the degree to which verbal IQ changed correlated with the degree to which brain structure changed in an area of the brain that we are referring to as a motor speech area." She added that this region, the brain's left motor cortex, "is very active when we (including the participants in our study) articulate speech."

Nonverbal performance correlated to changes in the anterior cerebellum, which is also activated when making hand movements, Dr. Price noted.

The authors don't know yet what is driving these variations in IQ over time.

"It could either be an active environmental effect (such as education/learning or it could relate to developmental differences (late developers/early developers) or it could be both," Dr. Price said. "This is the classic nature/nurture debate. I am pretty sure that there is a strong environmental effect because we know that the adult brain changes with learning. In this case, intensive training causes brain changes."

According to the study authors, prior studies have shown changes in IQ in individuals over time, but those studies hadn't been able to rule out the possibility of chance.

The findings were published in the journal Nature.

The take-home message, according to one expert, is that intelligence may not be as "fixed in adolescence as once thought.

"The brain is clearly, at least in the teenage years, more plastic and amenable to change," said Paul Sanberg, PhD, DSc, distinguished professor of neurosurgery and director of the University of South Florida Center for Aging and Brain Repair in Tampa. "The real question is, does this continue into adulthood? Is this reflective of changes we now see in plasticity in the brain in adulthood? The data is suggesting that things can get better."

However, another expert cautioned that the study did have some limitations. Michael Carey, PhD, assistant professor of psychiatry and behavioral science at Texas A&M Health Science Center College of Medicine, believes that some of the IQ tests used in the study were outdated, nor did they take into account other factors, such as age, gender or whether a person is right-handed or left-handed when identifying brain structures related to the change.

"It's a relatively small sample and pretty selective. The average IQs are above average, even though there's a lot of variation," said Dr. Carey, who is also a psychologist with Scott & White Hospital, in Temple, Texas. "The question is, how representative is this of natural day-to-day adolescence?"

Within one year of starting to have sex, 19.2% of girls ages 14 to 19 are infected with at least one of the five most common STIS-human papillomavirus (HPV), herpes simplex virus type 2, chlamydia, gonorrhea or trichomoniasis. The most common sexually transmitted infection is HPV, found in 18.3% of girls.

There's a better way to treat children with ADHD than the medications most doctors prescribe.

My experience is that most children with attention deficit/hyperactivity disorder (ADHD) do not require pharmaceutical medications. Brain biochemistry can be balanced naturally, beginning with diet.

There is some evidence that food sensitivities in children can lead to ADHD. Common culprits can include dairy, gluten, sugar and artificial sweeteners and dyes. Try to notice if any of these foods triggers a reaction in your child and have him/her avoid these foods. Make sure that your child eats a high-protein, low-sugar breakfast and gets plenty of protein in every meal throughout the day to maintain blood sugar levels.

There are several supplements that have been found to ease ADHD in children, including high-dose fish oil, which helps brain function...phosphatidylserine (also called PS), a type of fat that normalizes brain chemistry...and Pycnogenol, an extract from the bark of the French maritime pine, which can help regulate brain chemistry. Lastly, biofeedback with a practitioner can help a child focus and improve restlessness. 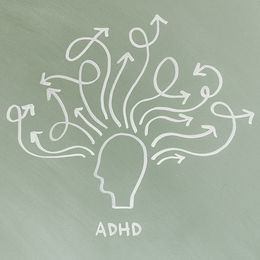 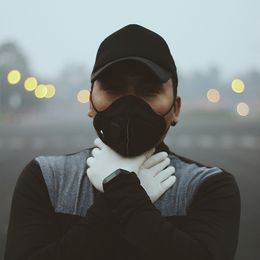