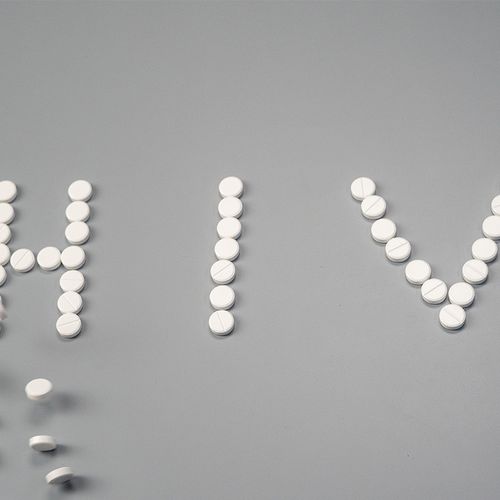 Taking Anti-HIV Meds Prior to Exposure Wards Off Infection

HIV, the virus that causes AIDS, can be transmitted through unprotected sex and contaminated needles.

Immediate treatment after HIV exposure can be successful in preventing HIV infection, previous research has found. More recently, several large randomized, controlled trials—the gold standard of medical research, in which people are randomly assigned to treatment or no treatment-have shown that giving antiretroviral drugs before people are exposed may also prevent infection.

In a recent report, published in the CMAI (Canadian Medical Association Journal), researchers reviewed studies published between January 1990 and April 2012 and found that preventive antiretroviral treatment could reduce the risk of HIV infection in high-risk groups such as gay men, intravenous drug users and women in areas with high rates of HIV.

For example, one recent study that included 900 women from a region with a high rate of HIIV found that applying a topical vaginal microbicide 12 hours before and after sex led to a 39% reduction in HIV infection rates.

"All pre-exposure prophylaxis (prevention] interventions should be considered one part of a more comprehensive plan for preventing the spread of HIV infection, including standard counseling on safer sexual practices and condom use, testing for and treating other sexually transmitted infections and, in select circumstances, male circumcision and needle exchange programs," Isaac Bogoch, MD, of Harvard Medical School and Massachusetts General Hospital in Boston and colleagues wrote.

While pre-exposure treatment is promising, there are a number of unanswered questions, such as which groups would benefit most, and the possibility of the development of drug resistance, the researchers noted.

How to Get Over a Stomach Virus

To get over a stomach virus quickly, combine repletion with palliation.

Repletion means restoring crucial nutrients that your body loses in gastrointestinal distress. One way to do that is with egg drop soup from any Chinese restaurant-it combines water-based chicken stock with whole egg. It also contains salt, which a depleted body needs. In addition, take Larix, the trade name for the inner bark of the Western larch–this sweet-tasting white powder, very soluble in water, calms mucous membranes.

Palliation means making the stomach and large intestine feel better. For the stomach, sip a tea made with gentian and slippery elm bark. The herbs are available at www. teahaven.com. Use a mixture of two-thirds gentian and one-third slippery elm with a teaspoon of the combination in each cup. Steep for eight minutes. For the intestine, try Thorne Research's Formula SF734, which includes deglycyrrhizinated licorice root and berberine in a base that is mainly bismuth citrate-it effectively calms the large intestine. 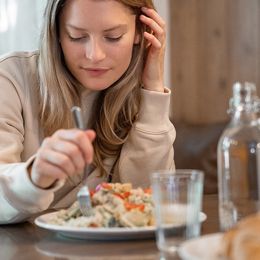 How to Bounce Back from Food Poisoning 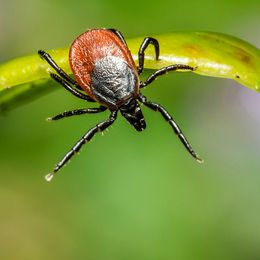