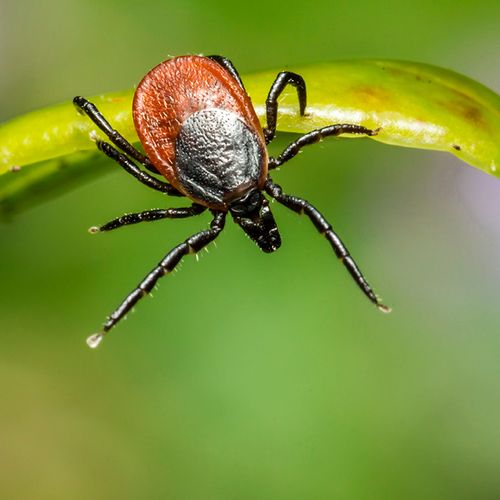 Every summer, there are more than 30,000 new cases of Lyme disease in the US, with 93% occurring in 10 states—Connecticut (where the disease was originally identified, in the towns of Lyme, Old Lyme and East Haddam), Delaware, Maryland, Massachusetts, Minnesota, New Jersey, New York, Pennsylvania, Rhode Island and Wisconsin. The Pacific deer tick-a close relative of the species found east of the Rockies-causes Lyme disease in California.

Most recent development: University researchers, in cooperation with the federal Centers for Disease Control and Prevention, conducted the largest-ever field study of Lyme disease, publishing their results in the February 2012 issue of The American Journal of Tropical Medicine. They found Lyme infected ticks in the 10 states listed above-and also in northern Virginia... along the Illinois/Indiana border...along the New York/Vermont border...in southwestern Michigan.. and in east North Dakota.

That's a fact. But a lot of frightening misinformation has shadowed scientific findings about Lyme disease. What you need to know now…

Lyme disease is an infection by the bacteria Borrelia burgdorferi, caused by a bite from an infected deer tick. The tick regurgitates the bacteria while sucking a "blood meal" from its host. Most humans are infected through the bites of immature ticks called nymphs, which are the size of a poppy seed. Adult deer ticks also can transmit Lyme disease, but because they are so much larger-the size of an apple seed--they are more likely to be discovered before having time to transmit the disease.

From the first, inaccurate stories have emerged about Lyme disease.

Example: In 1977, the tabloid headline "Mystery Disease in Connecticut Cripples Children" introduced Lyme disease to the public. Yes, Lyme arthritis-inflammation and swelling of the joints, particularly the knee joint-is a possible symptom of Lyme disease when it's not treated with antibiotics in its earliest stage. But of the thousands of children who have developed Lyme arthritis, not a single child, to my knowledge, has ever been crippled.

Increased carbon dioxide in the atmosphere is causing the plants to grow bigger and produce more urushiol, the oil that causes an immune reaction in human skin.

Self-defense: When in areas where poison ivy grows, use a barrier cream such as Ivy Block to prevent urushiol from getting on your skin. Wear heavy protective gloves and clothing. Also use gloves to bathe your pet if you think that the animal has been exposed to poison ivy.

If you think you have been exposed: Wear clean gloves when removing clothing and shoes that have come in contact with the plant. Thoroughly scrub exposed skin with lots of soap and lukewarm water within five to 10 minutes of touching the plant.

My perspective: I have been diagnosing and treating Lyme disease since it was first identified in the 1970s, and I have helped conduct more than a dozen scientific studies on the condition including an investigation of information about Lyme disease on the Internet.

I found that of the eight Web sites with the word "Lyme in their domain name, seven gave inaccurate information. The accurate Web site is www. aldf.com, maintained by the American Lyme Disease Foundation.) An accurate Web site without Lyme in its domain name is www.cdc.gov.

Do You Have It?

If you remove a deer tick within 24 to 48 hours after it has taken up residence on your body, the tick is unlikely to have infected you with Lyme disease. And chances are, even if you don't remove it and you are bitten, you won't get Lyme anyway. Of all people bitten by an infected tick, only about one in 20 develops Lyme disease. Also, not every deer tick is infected with Borrelia burgdorferi—in some areas, the rate is as high as one in five ticks...in other areas, the rate is less than one in 100.

If you have been bitten by a tick, the guidelines of the Infectious Diseases Society of America (IDSA) do not routinely recommend that you receive antibiotics unless you develop the obvious rash of Lyme disease-a red, circular "bull'seye" targetlike) rash. Lyme disease's nonrash symptoms don't warrant immediate treatment with antibiotics because they're shared by many conditions and because antibiotics have their own health risks. However, if you are very nervous about developing Lyme disease after a tick bite, talk to your doctor about taking a single, 200-milligram (mg) dose of doxycycline.

The bull's-eye rash begins three to 30 days after the bite, starting out the size of a quarter and widening to the size of a football as bacteria spread out.

Treatment for early Lyme disease" (the first month or so after a tick bite with an identifiable rash) is one of the following doxycycline (100 mg twice a day for 10 to 21 days).. amoxicillin (500 mg three times a day for 14 to 21 days)...or cefuroxime axetil (500 mg twice a day for 14 to 21 days). It typically is not necessary to treat Lyme disease for more than four weeks, and intravenous therapy rarely is needed except for those patients hospitalized with Lyme meningitis (inflammation surrounding the brain and spinal cord).

If you live in an area with Lyme-infected ticks, take the following precautions when ticks are feeding, usually from early April through September…

If the disease isn't treated with antibiotics, at least one out of 10 people will develop Lyme arthritis, which requires a specific antibiotic regimen.

Infection with Lyme disease can be diagnosed with antibody-detecting blood tests (ELISA and immunoblots), but the tests are inaccurate in the first two weeks after infection-clinical signs are the best way to diagnose early Lyme. The two tests are helpful in confirming Lyme arthritis or other rarer manifestations of Lyme disease, such as meningitis, Bell's (facial) palsy Gif bacteria affect nerves in the face) or Lyme carditis (if bacteria infect the heart).

About 10% to 20% of people with Lyme disease develop what infectious disease specialists call post-Lyme disease-they continue to feel bad for months afterward, with symptoms such as joint pain and fatigue, even though blood tests show no active infection. This is a poorly understood phenomenon, but it is not due to persistent infection.

Several double-blind, randomized, placebo-controlled trials show that long-term antibiotic treatment for the symptoms of post-Lyme disease offers little or no benefits, and it frequently is dangerous and occasionally deadly. I recommend emotional support and medical management of the pain, fatigue and other symptoms.

When Doctors Get It Wrong... Lyme Disease

If a person has Lyme disease and it's missed, he/she may go on to develop joint inflammation, heart-rhythm disturbances and even problems with concentration and memory.

Lyme disease, the most common tick-borne disease, now has been reported in most US states, but doctors often do not look for it outside the Northeast, where the disease originated. The initial symptoms, such as muscle aches and fatigue, are often confused with the flu, particularly when patients don't even know that they were bitten.

What to do: Look for a rash. About three-quarters of patients will develop a "bull's eye rash along with the flu-like symptoms that last for weeks. Lyme disease can be diagnosed with a blood test (see previous article). Patients who are treated with oral antibiotics at the onset of symptoms almost always make a full recovery. The longer someone goes untreated for Lyme, however, the more challenging the course of recovery. 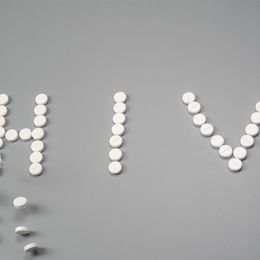 Taking Anti-HIV Meds Prior to Exposure Wards Off Infection 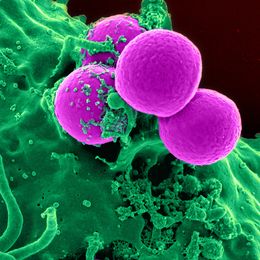