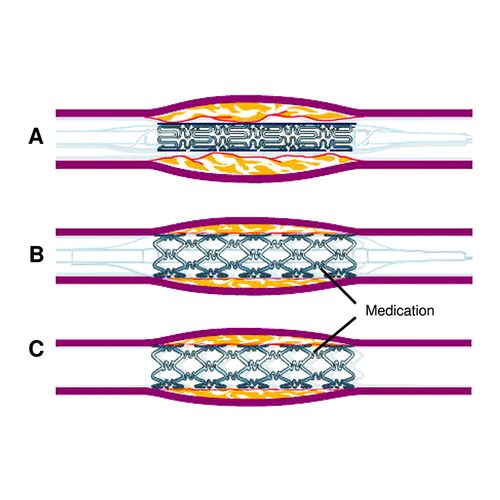 Since the 1990s, cardiologists have used tiny wire mesh tubes called stents to help keep arteries open following angioplasty But because these metal tubes can irritate arterial walls, causing scar tissue to form, it's not uncommon for arteries to reclose after a stent has been implanted.

If that occurs, it's more effective to replace the stent with one that has been coated with a clot-preventing drug than to perform another angioplasty, German researchers have found.

In recent years, drug-eluting stents have become more common in the United States, and this study provides the first solid evidence to support their use, says Dr. Stephen G. Ellis, director of the cardiac catheter laboratory at the Cleveland Clinic Foundation. "It is a step forward, but it doesn't answer all the questions we have," he says.

Playing It By Ear

Artery blockage recurs in approximately 20% of patients who receive a bare-metal stent and in 10% of those who receive coated stents, Ellis says. If the problem does occur, it generally happens between 12 and 18 months after the original stent implantation.

In cases where blockage occurs after coated stents have been implanted, cardiologists have been playing it by ear, Ellis says. "If the patient has a sirolimus-coated stent, we will use a pacliatexel stent, and vice versa," he says. "The decision is based partly on intuition, with not a whole lot of science involved."

One major change in treating clogged arteries has been the virtual abandonment by US doctors of a third method, brachytherapy, in which a source of radiation is implanted to reopen the artery, Ellis says. "Use of brachytherapy has plummeted, and at least two of the three companies that had been making the devices have stopped," he notes.

However, brachytherapy is not dead in Europe, says study author Dr. Adnan Kastrati, a professor of cardiology at the Deutsches Herzzentrum in Munich.

The new study has changed medical practice at his institution, Kastrati says. They are now using only drug-eluting stents for arteries that were open, but renarrowed around the stents. 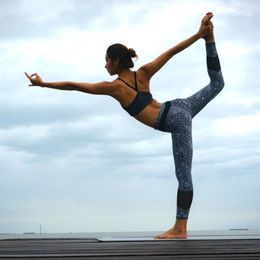 To Get to Sleep Fast, Do These 6 Easy Yoga Moves 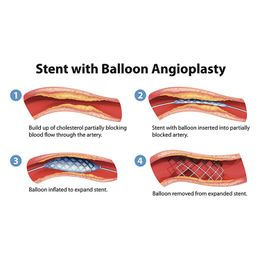