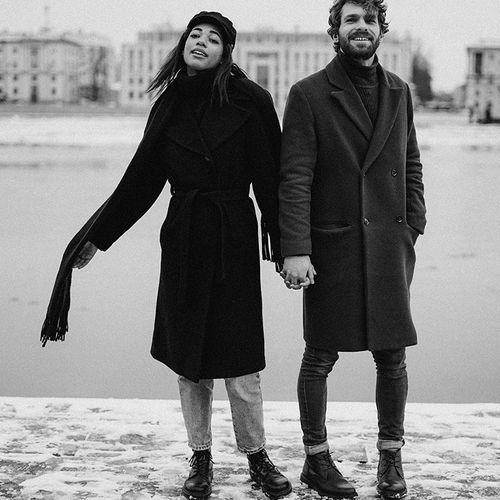 If you're a woman stressed out from work, holiday shopping, the kids or even too much traffic, grab your husband's hand for instant relief. Even for women who are single, holding any man's hand is better than none, say the researchers.

"Hand-holding is second nature for kids" when they're under stress, said Dr. James A. Coan, assistant professor of psychology and neuroscience at the University of Virginia, who led the study, "This can also work for adults."

The happier the marriage, the greater the stress-reducing benefit, Coan found. But even a stranger's hand can help reduce stress, he said.

For the study, Coan recruited 16 married women who scored high on his marriage satisfaction quiz and gave them magnetic resonance imaging (MRI) scans of their brain when confronted with stress. He subjected them to a very mild electric shock in three situations: by themselves not holding anyone's hand; holding their husband's hand; and holding the hand of a male stranger.

"First, we wanted to know what the brain is doing when the women were completely alone," he said. "We got a baseline of how the brain responds to stress."

Then, the researchers looked at the MRI images of the brain when the women held their husband's hand or the stranger's hand. "When your brain is under stress, it has to work hard, it has all these different problems to solve." Coan said.

"We found when you are holding a hand, any hand, the parts of your brain responsible for mobilizing your body into action calm down," Coan said. "It doesn't matter whose hand it is."

But a husband's hand provided the greatest benefits. "Both hands calmed the bodily reaction to stress," Coan said, "but only the spousal hand can calm the mind, only a husband's hand calmed down the region of the brain that keeps your emotions in check."

And the happier the marriage, the greater the benefits. Among couples in the study who scored the highest on marital satisfaction-pairs that Coan termed "super couples"—the women got even more benefit from spousal hand-holding than did the other women.

Coan found that the region of the brain thought to be associated with experience of pain quieted down even more in those women. "If you are in a 'super couple, hand-holding serves as a kind of analgesic," he said.

Whatever the amount of benefit, Coan said he believes "the brain works a lot less hard when there is someone else helping us cope. One of my students said, 'It's like the brain is contracting out some of the work, keeping our brain less stressed."

Dr. Charles Goodstein, a psychoanalyst at New York University Medical Center and a clinical professor of psychiatry at New York University School of Medicine, said the study gives scientific credence to long-time observations. "Interaction between members of a species can have a momentous impact on emotion, and emotion can have a profound impact on bodily functioning," he said.

Often, Goodstein noted, medications are used to provide relief from anxiety and anticipated anxiety. "This study shows that there is a better way." 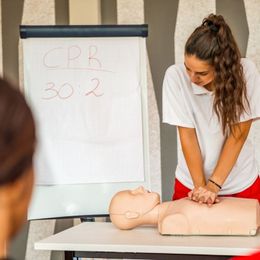 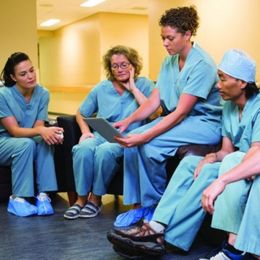