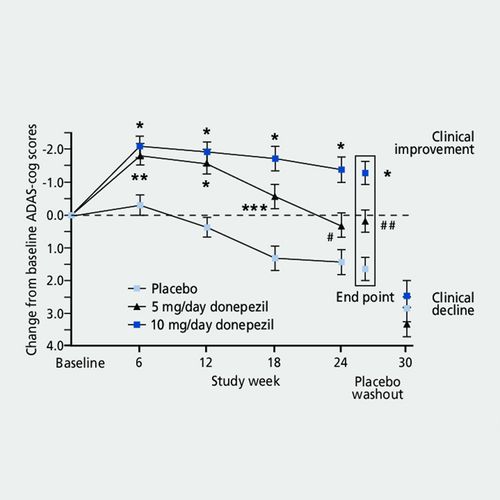 Some Drugs No Better Than Placebo for Alzheimer's Patients

Antipsychotic drugs, which are commonly prescribed to treat psychosis, agitation and aggression in Alzheimer's patients, do benefit some patients, but the overall picture is bleak, new research suggests.

Two of the drugs studied in this multicenter national trial did seem to ease some symptoms, but the advantages were offset by the severity of the side effects.

"It's a call to arms to push the research forward much more quickly," conceded Dr. Thomas Insel, director of the National Institute of Mental Health, which sponsored the study.

Newer antipsychotic medications are used widely for Alzheimer's patients, despite an absence of solid evidence of their efficacy.

"I hope this will highlight behavioral interventions which are effective though not perfect," said Dr. Gary J. Kennedy, director of geriatric psychiatry at Montefiore Medical Center in New York City and chairman of the Geriatric Mental Health Foundation, in Bethesda, Maryland.

More than half of Alzheimer's patients experience delusions, hallucinations, aggression and agitation at some point in the progression of their disease. Traditional antipsychotics such as haloperidol have a lower risk of side effects than the newer agents, although both are thought to be equally effective.

Recently, however, new concerns about safety have emerged with the second-generation drugs. Namely, some studies have found an increased risk of cerebrovascular problems and even death.

This study involved 421 participants, all of whom had Alzheimer's disease along with psychosis, aggression or agitation. All participants also lived with a family member or caregiver or in an assisted-living facility, not a nursing home, to give the study more relevance to a real-world setting.

In the first phase of the study, participants were randomized to receive one of three of the newer antipsychotic medications—olanzapine (Zyprexa), quetiapine (Seroquel), risperidone (Risperdal)—or a placebo.

The investigators were mainly interested in how long patients could take the drugs before discontinuing. Regardless of whether they were taking an actual drug or a placebo, patients discontinued their medication, on average, after about eight weeks.

There were some outliers who benefited from treatment, including 26% to 32% of those taking the active medications who improved, compared with 21% of those on the placebo. Zyprexa and Risperdal seemed to perform better than Seroquel.

Much of this benefit, however, was counterbalanced by side effects such as sedation, confusion and weight gain. Some 15% to 24% of those taking an active medication discontinued their use because of side effects vs. only 5% of those on the placebo.

Eight-two percent of participants discontinued their medications in Phase I. These individuals are now participating in Phase 2 of the trial, in which they are randomized to one of the medications not previously taken or to citalopram, an antidepressant. The results of this phase are not yet available.

For now, some patients may still benefit from this class of medication. "Even if they don't look like they're effective in a whole population of people, there are some people who will respond and who will be able to tolerate them, so we will probably want to continue to use these drugs with great care and close monitoring of side effects," Kennedy said.

Insel advocates the development of new and better drugs.

"It's probably going to turn out that, in the future, treating psychosis (including schizophrenia) might be like treating hypertension," he said.

"One medication isn't going to be the magic bullet. We need more than one, particularly in those with severe cases." 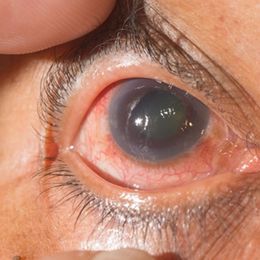 New Ways to Improve Your Eyesight