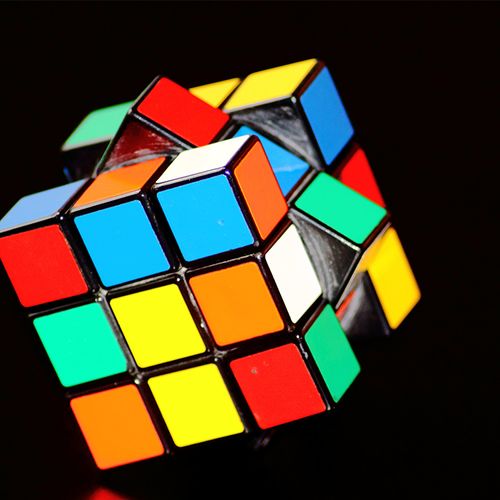 Most people, including many doctors, believe that memory and cognitive abilities inevitably decline at middle age—even though there's virtually no scientific proof to support this belief.

What most people don't realize: Even though some brain cells (neurons) die with age, the brain retains the ability to form new neurons and connections between neurons. In fact, the number of nerve endings (dendrites) in the part of the brain that processes information increases between ages 50 and 80.

Imaging tests allow us to see changes in brain physiology that occur in response to brain exercises and new learning. Age-related diseases, such as dementia—and even some medications—can lead to memory loss and reduced mental function, but such problems are not an inevitable part of aging.

People who exercise their minds regularly and develop positive psychological traits, such as optimism and self-confidence, can literally "rewire" their brains that is, new neurons can be formed, and existing neurons can form new connections). Here's how…

Step 1: Set goals. Goals create a sense of purpose and promote feelings of self-worth. Goals that are especially meaningful or that require a good deal of effort and concentration, such as raising money for charity or researching your genealogy, are believed to promote brain health.

Goals are particularly important for older adults who have a tendency to stop challenging themselves mentally in the assumption that their cognitive abilities decline with age. Any goal that improves overall health, such as losing weight or reducing stress, contributes to brain health.

Example: Short-term goal—lose 10 pounds in the next three months...long-term goal-become a part-time teacher. Choose goals that stretch your abilities but aren't impossible.

Examples: "I'll be healthier and look better if I lose weight," and "It makes me happy to help people learn."

*Caution: If you have experienced a sudden memory decline, consult a physician. You may need to be evaluated for a memory disorder.

Step 2: Be a power thinker. Because many older adults have negative perceptions of their mental abilities, they often say things like, "I can't remember your name because my memory isn't as good as it once was." Such statements indicate a willingness to accept the status quo and often lead to a self-fulfilling prophecy.

Better: Think—and phrase things—positively. Tell yourself, "I don't want to forget names, so I'm going to take the necessary steps to retain my memory."

Step 3: Cultivate creativity. We used to believe that creativity declined with age. But some people reach their prime later in life.

There are many ways to be creative. Humor is a form of creativity. So is keeping a journal, cooking or rearranging furniture in a room. Every activity is creative if you put your personal stamp on it.

Creative people are natural problem-solvers. Studies show that they engage both sides of their brains and reap the rewards of cognitive effort—including better memory and more efficient processing of information.

Step 4: Adopt a positive mental attitude. In the 1960s, Mayo Clinic researchers classified 839 patients as either optimists or pessimists, depending on the number of positive words that appeared in written statements they provided. Thirty years later, many more of the optimists were still alive, having lived an average of six years longer than the pessimists. Optimism, the hallmark of having a positive mental attitude, appears to have powerful effects on mental health, which may help protect cognitive abilities.

Step 5: Perform memory-boosting exercises. Memory is like a muscle-the more you use it, the stronger it gets. Brain stimulation caused by learning new, challenging material triggers an increase in the number of dendrites as well as synapses (connections between dendrites).

Example: Sunday—Read an engaging book...visit a museum. Monday-Listen to tapes or CDs to learn a foreign language. Tuesday, Do a crossword puzzle...take a meditation class. Wednesday-Play bridge...write in your journal. Thursday-Take an art class. Friday-Volunteer as a tour guide at an art gallery. Saturday-Host a dinner party...try out a new recipe.

Also helpful: Learn one new word a day. Write it down and repeat the definition a few times. The next day, write down a new word and review the one from the day before. Review all seven words at the week's end. Doing this daily will increase your vocabulary as well as your ability to retain new information of all kinds. To receive a free word-a-day E-mail, go to www.wordsmith.org. Or for free Sudoku puzzles, the popular number-logic game, go to www.freesudokus.com. Nintendo's "Brain Age," which includes math and logic activities, and similar video games also give your mind a good workout.

Step 6: Speak your mind. People who assert themselves—by being active in their communities, meeting new people or simply feeling free to say what they're thinking—develop a tremendous amount of self-confidence. Knowing that your thoughts matter will encourage you to think clearly, critically and creatively. It's also a way of engaging the world and keeping your mind active.

Important: Take every opportunity to speak your mind. Join in casual discussions with your family and friends—everyone has something to contribute. Talk to people when you're waiting in line at the post office or grocery store—and, just as important, listen to what they have to say. As we hear different points of view, we develop mental flexibility and open-mindedness. You can practice this skill one-on-one, or in groups, such as book clubs or adult-education classes.

Are You Mentally Fit?

1. Confidence in your mental abilities

Add up your score…

Less than 40: Poor. Get started on this program right away!

40-54: Fair. You could significantly improve your brain health with this program.

70-84: Very good. You're well on your way to a rich and fulfilling life, but you could be doing better 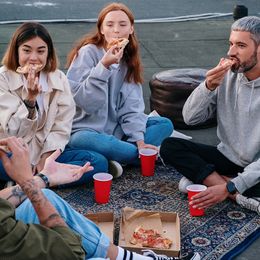 How to Be a Health Advocate 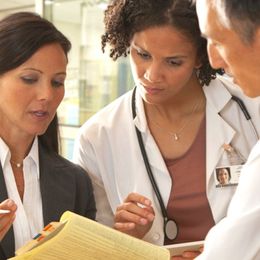