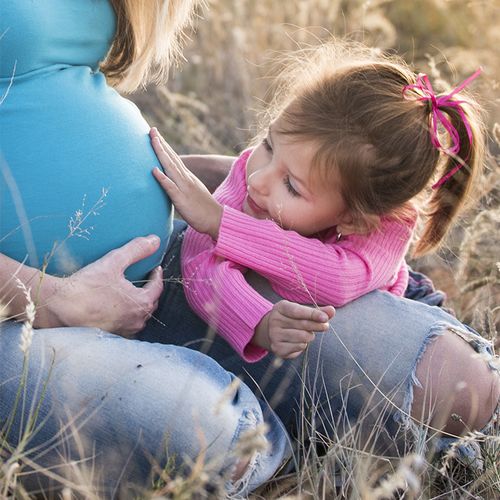 Should You Diet When You Are Pregnant?

About 35% of US women are obese, according to the US Centers for Disease Control and Prevention.

Though doctors know that obesity during pregnancy raises the risk for hypertension, gestational diabetes and other complications, no one is certain what the optimal weight gain for pregnant women should be.

In the new study, published in the Journal of the National Medical Association, researchers divided 232 obese women, all with a body mass index (BMI) greater than 30 (a BMI of 30 and over is considered obese), into two groups. One group was given the standard advice to "eat to appetite." The other group was given nutritional counseling, told to keep a food diary and placed on a diet that limited calories to between 2,000 and 3,500 a day, depending on their weight before the pregnancy.

The results seem to support less, not more, weight gain during pregnancy. Women in the calorie-restricted group had fewer C-sections and lower rates of gestational diabetes and hypertension and had retained less weight six weeks after delivery.

Fewer women in the calorie-restricted group delivered newborns weighing more than 10 pounds, which can make deliveries risky for both mother and child. There were no growth-restricted babies in either group.

"Women who are obese when beginning a pregnancy are, by definition, unhealthy," noted Yvonne Thornton, MD, MPH, a clinical professor of obstetrics and gynecology at New York Medical College and the study's lead author. To say that they should gain even more weight is counterintuitive, and our study bears that out."

Instead, "we need to focus on making these women healthier by getting them to eat a well-balanced diet, similar to the types of moderate calorie-restricted diets that women with gestational diabetes are put on with no ill effects," she sail.

"Over the past decade, obstetricians have become more aware that the idea of eating for two is really not a good thing, especially for patients who start out obese," said Robin Kalish, MD, director of clinical maternal fetal medicine at New York-Presbyterian Hospital/Weill Cornell Medical Center.

The idea for the study came from Dr. Thornton's own lifelong struggle with weight. During her first pregnancy in the late 1970s, she gained 67 pounds and hit a peak weight of 225 pounds.

After the pregnancy, she signed up for Weight Watchers and lost 20 pounds, only to become pregnant again.

But with her second child, she continued the focus on nutrition and gained less than a half-pound. "I was the first test case," Dr. Thornton said.

Experts at the US Institute of Medicine and the National Research Council recently updated their gestational weight gain guidelines to urge that obese women gain only 11 to 20 pounds during pregnancy—down from a minimum weight gain of 15 pounds that had been recommended in 1990. 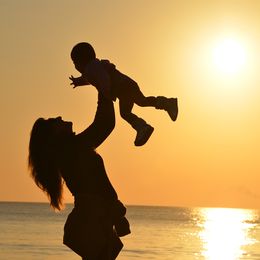 Mom and Baby Alike May Benefit from Exercise

Zinc May Counter Effects of Alcohol in Early Pregnancy 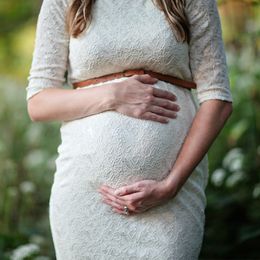