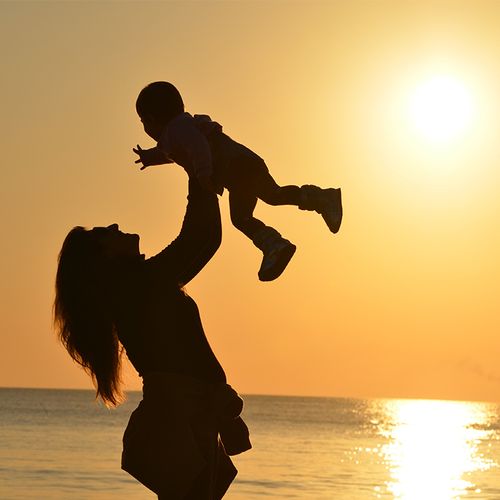 Mom and Baby Alike May Benefit from Exercise

It's natural that a woman might be worried about exercising while she's pregnant. So many changes are occurring in her body, it makes sense to have second thoughts about whether exercise might harm her or her unborn child.

But it turns out that a thoughtful exercise program is good for both mother and child, according to medical experts.

"We know that women who exercise during pregnancy have less chance of developing certain conditions like gestational diabetes," said Raul Artal, MD, chairman of obstetrics, gynecology and women's health for the Saint Louis University School of Medicine. "Not only that, exercise maintains musculoskeletal fitness. Women can cope with the anatomical and physiological changes of pregnancy better when they're in good shape. They also tolerate labor better and recover more quickly from delivery.

The baby also benefits. One study found that when an expectant mother works out, her fetus reaps cardiac benefits in the form of a lower fetal heart rate.

When choosing what sort of exercise to pursue, a woman should take into account the shape she was in before becoming pregnant, said Thomas Wang, MD, a family practitioner for Kaiser Permanente in San Diego.

"A lot of things depend on the level of fitness they had before," Dr. Wang said. A mom-to-be should pursue activities that will provide a good level of exertion without testing the limits of her body's current conditioning. If she's just starting a fitness program to improve her health during pregnancy, she should start out slowly and be careful not to overexert herself.

The American College of Obstetricians and Gynecologists recommends that pregnant women do at least 30 minutes of moderate exercise a day most days of the week. First, though, all women should consult a doctor to make sure it's okay.

But there are certain activities that should at least be undertaken with caution, if not avoided altogether. Pregnant women, for instance, should not go scuba diving, as that activity exposes the fetus to a risk of developing decompression sickness, also known as the bends.

Women also should think twice before engaging in activities where the risk of falling is high, such as gymnastics, horseback riding, downhill skiing and high-intensity racquet sports. And they should avoid contact sports, such as ice hockey, soccer and basketball.

"Anything that involves impact or the chance of abdominal trauma, they should try to avoid," Dr. Wang explained.

Exercise that's perfectly safe for expectant mothers includes Kegel exercises (which strengthen the pelvic floor muscles), swimming, walking, light dancing and yoga. Riding a stationary bicycle or working out on aerobic gym equipment-elliptical or stair-climbing machines, for instance is also fairly safe, as long as care is taken to prevent a fall.

Most pregnant women also can take part in jogging, running and aerobics, especially if those were exercises they regularly performed before pregnancy

Pregnant women who weight train should emphasize improving their muscle tone, particularly in the upper body and abdominal area, according to the American Pregnancy Association. They should avoid lifting weights above their heads and performing exercises that strain the lower back muscles.

"There have been some studies that show heavy lifting causes a temporary drop in the baby's heart rate," Dr. Wang said. "It usually corrects pretty quickly, but they might want to be careful."

Other things to keep in mind if exercising while pregnant:

Though that might seem like a lot of precautions for something that's supposed to be safe, doctors insist that women can and should engage in a well-thought-out fitness program during their pregnancy.

"By and large, if there are no medical complications of pregnancy, women can continue engaging in the same type of activities," Dr. Artal said. "Women should be encouraged to continue living an active lifestyle." 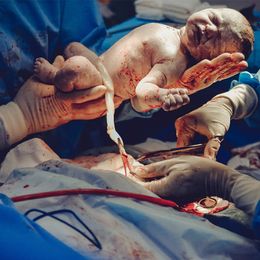 Should You Diet When You Are Pregnant? 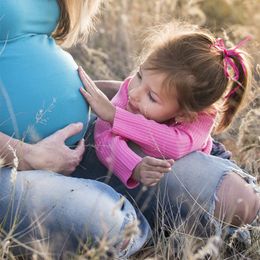