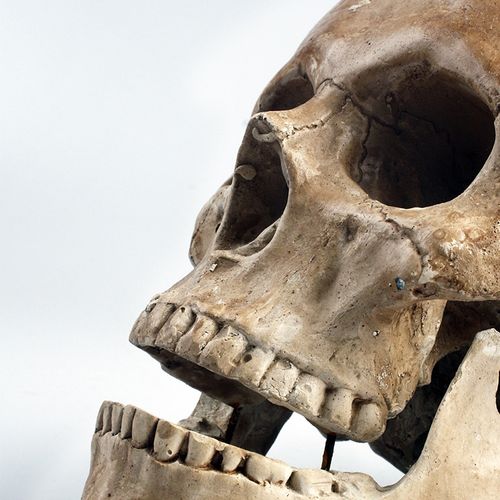 When most people think of bone problems, broken bones and osteoporosis (reduced bone density and strength) come to mind. But our bones also can be the site of infections that can sometimes go unrecognized for months or even years.

This is especially the case if the only symptoms of bone infection (a condition known as osteomyelitis) are ones that are commonly mistaken for common health problems, such as ordinary back pain or fatigue. What you need to know…

Older adults (age 70 and older), people with diabetes or arthritis and anyone with a weakened immune system (due to chronic disease, such as cancer, for example) are among those at greatest risk for osteomyelitis.

Anyone who has an artificial joint (such as a total hip replacement or total knee replacement) or metal implants attached to a bone also is at increased risk for osteomyelitis and should discuss the use of antibiotics before any type of surgery, including routine dental and oral surgery. Bacteria in the mouth can enter the bloodstream and cause a bone infection.

Before the advent of joint-replacement surgery, most bone infections were caused by injuries that expose the bone to bacteria in the environment (such as those caused by a car accident) or a broken bone...or an infection elsewhere in the body, such as pneumonia or a urinary tract infection, that spreads to the bone through the bloodstream.

Now: About half the cases of osteomyelitis are complications of surgery in which large metal implants are used to stabilize or replace bones and joints (such as in the hip or knee).

Osteomyelitis is divided into three main categories, depending on the origin of the infection…

Important: Any of the three types of bone infections described above can lead to chronic osteomyelitis, an initially low-grade infection that can persist for months or even years with few or no symptoms. Eventually it gets severe enough to literally destroy bone. Left untreated, the body part with the affected bone may have to be amputated.

When osteomyelitis first develops (acute osteomyelitis), the symptoms such as pain, swelling and tenderness—are usually the same as those caused by other infections.

If the initial infection is subtle clow-grade) or doesn't resolve completely with treatment, it can result in chronic osteomyelitis. In this case, you may have no symptoms or symptoms that are nonspecific. For example, someone who has had surgery might blame discomfort on delayed recovery, not realizing that what they have is a bone infection.

Surprising finding: When we studied the histories of more than 2,000 osteomyelitis patients, we found that most of those with chronic infections had relatively little pain from the infection itself. About 28% of those who required surgery for infection had normal white blood cell counts—suggesting that, over time, the body adjusts to lingering infections.

If a doctor suspects that you may have osteomyelitis because of chronic pain...swelling... possibly fever...fatigue...or other symptoms, he/she will usually order special laboratory tests that detect the formation of antibodies. If the results indicate the presence of infection, he may then order an X-ray or magnetic resonance imaging (MRI) scan. These and other imaging tests can readily detect damaged bone tissue and reveal the presence of infection.

About 60% to 70% of people with acute osteomyelitis can be cured with antibiotics (or antifungal agents, if a fungal infection is present) if treatment begins early enough to prevent the infection from becoming chronic. In these cases, patients exhibit symptoms...test positive for infection...and readily respond to drug treatments. Most patients can be cured with a four-to six-week course of antibiotics. Fungal infections are more resistant to treatment—antifungal drugs may be needed for several months.

For chronic osteomyelitis, surgical debridement (the removal of damaged tissue and bone using such instruments as a scalpel or scissors) usually is necessary.

Reasons: Damaged bone can lose its blood supply and remain in the body as "dead bone -without living cells or circulation. Such infections are invulnerable to the effects of antibiotics.

After debridement, the surgeon may insert a slow-release antibiotic depot, a small pouch that releases the antibiotic for up to a month. This approach can increase drug concentrations up to 100 times more than oral antibiotic therapy.

Even with these treatments, in people with chronic osteomyelitis who are otherwise healthy, up to 6% may require a second or even a third operation to cure the infection. In people with diabetes or other disorders, the percentage may be as high as 25%. 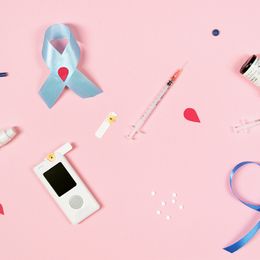 Good News for Anyone with Diabetic Retinopathy

When Heart Surgery Is NOT the Answer