Many Americans take zinc supplements to zap colds, and a recent study seeks to explain how the mineral works. Zinc helps fight infections by balancing the immune system's response, according to the study led by Daren Knoell, PharmD, a professor of pharmacy and internal medicine at Ohio State University.

"We believe that our findings help to narrow an important gap that has existed in our understanding of how this relatively simple metal helps us defend ourselves from infection," said Dr. Knoell.

Zinc deficiency affects about two billion people worldwide, including roughly 40% of the elderly in the United States. It can have severe consequences among vulnerable people, the researchers noted.

Red meat and poultry are rich in zinc, according to the US National Institutes of Health. Other foods that contain zinc are beans, nuts, some shellfish, whole grains, fortified cereals and dairy products.

The essential mineral works by stopping the action of a protein known to play an important role in the immune response to infection. As a result, it prevents out-of-control inflammation, the researchers said.

A zinc deficiency at the time of an infection, particularly sepsis-a devastating systemic response to infection common among patients in a hospital's intensive care unit, or ICU–could be damaging or even deadly, according to the researchers.

The bacteria C. difficile claims thousands of lives a year. If two attempts using the first-line treatment--the antibiotic metronidazole (Flagyl)-don't work, transplanting the feces of a healthy person into someone who is sick is effective more than 90% of the time. Feces contain the right mix of bacteria to fight C. difficile. Fecal transplants are done at the Mayo Clinic in Arizona and Minnesota and at several other health-care institutions.

After analyzing human cell culture and animal studies, the researchers found that a specific protein draws zinc into infection-fighting cells where it balances the immune response. In a previous animal study, Dr. Knocll's team found that unlike mice on a normal diet, those deficient in zinc developed significant inflammation in response to sepsis.

"We believe that to some extent, these findings are going to be applicable to other important areas of disease beyond sepsis," Dr. Knoell said. "Without zinc on board to begin with, it could increase vulnerability to infection. But our work is focused on what happens once you get an infection if you are deficient in zinc you are at a disadvantage because your defense system is amplified, and inappropriately so."

The study appeared in the journal Cell Reports.

What This Means For The Very Sick

However, it's uncertain for now if very sick ICU patients would benefit from zinc supplements.

"I think the question is whom to give zinc to, if anybody at all. We predict that not everybody in the ICU with sepsis needs zinc, but I anticipate that a proportion of them would," added Dr. Knoell, who is also an investigator in Ohio State's Davis Heart and Lung Research Institute.

"Zinc is a critical element that we get from our diet, but we do not think we can give zinc and fix everything. Usually, if there is a zinc deficiency, we would expect to see other nutrient deficiencies, too."

These findings could help explain why taking zinc supplements at the start of a cold seems to ease the effects of the illness, the researchers suggest.

"There might be therapeutic implications about giving supplemental zinc in a strategic manner to help improve some people with certain conditions. But also, could we learn from this so someday we can be more diagnostic about who it is that needs zinc? And if so, what dose and for how long?" Dr. Knoell said.

Most adults should get eight to 11 milligrams of zinc daily. With supplements, the researchers noted it is possible but relatively uncommon to consume toxic levels of zinc. 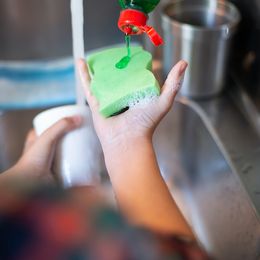 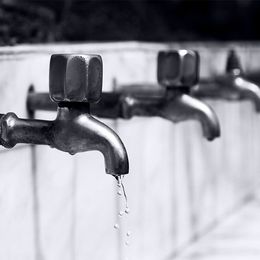