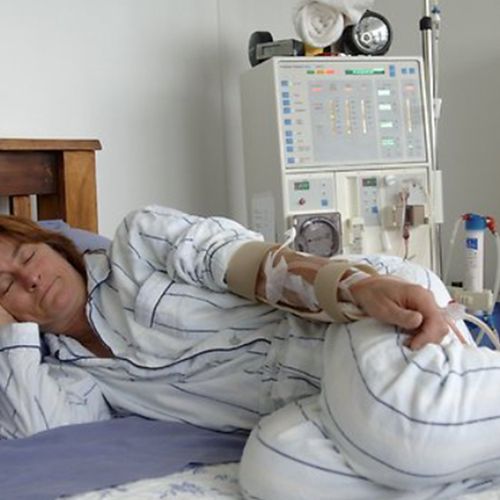 New research suggests that home-based, while-you-sleep dialysis may allow thousands of patients who have end-stage kidney disease to be freed from the daytime hours they spend at clinics strapped to machines that clean their blood of toxins.

"We train the patients to administer the therapy at home, but it's essentially the same machine we use in the clinic," explains Canadian researcher Dr. Christopher Chan, medical director of home hemodialysis at Toronto General Hospital.

His team of researchers tracked 14 patients who had end-stage kidney disease for one year and found "encouraging" results from their use of nighttime home dialysis, noting improvements in cardiovascular markers that are not achieved by standard, three-times-a-week clinic-based dialysis.

As for survival, Chan says only 10 of 110 patients have died during the 10 years they have been using nocturnal hemodialysis in Toronto.

Some doctors say the while-you-sleep protocol seems to be the most promising option for patients.

In the Canadian study and in other studies, "many claims have already been made" supporting the effectiveness of nighttime dialysis, says Dr. Nathan Levin, medical and research director of the Renal Research Institute, and professor of clinical medicine at Albert Einstein College of Medicine in New York City.

"First, it lowers blood albumin, a protein which is a very sensitive indicator of outcomes in dialysis patients. It may also increase hemoglobin, another important indicator of survival in cardiac disease," levin says.

Chan's research also found that unlike standard dialysis, sleep-time dialysis prevented the buildup of calcium phosphate within arteries a major risk factor for cardiovascular disease in these patients

These findings, however encouraging, still took place within the context of a small trial that did not involve a control group, notes Levin.

"Without a control group you can never be sure whether there's selection bias," he says, "and with a small sample size, you can't really be sure of an effect."

To combat these potential problems and verify the results, the US National Institutes of Health (NIH) is helping sponsor the first major randomized, controlled study of both nocturnal dialysis and short daily dialysis," where patients visit the dialysis clinic six times per week, for an average of just two hours per session. In standard, three-times-per-week dialysis, each session usually lasts three to four hours.

According to Levin, short daily dialysis has some advantages over both longer, thrice weekly dialysis and nocturnal home dialysis. First, he says, "It's being done in the clinic—we know only a fraction of patients can learn how to go home and dialyze themselves."

Finally, because most toxin removal occurs within the first two hours of dialysis, shorter duration treatments should not impair the quality of blood cleansing, Levin says. 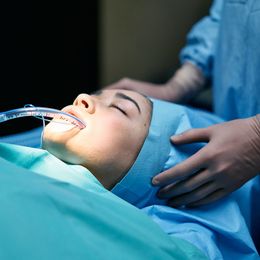 'Anesthesia Awareness': When Patients Wake Up During Surgery 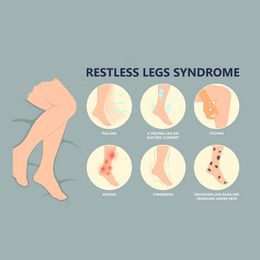