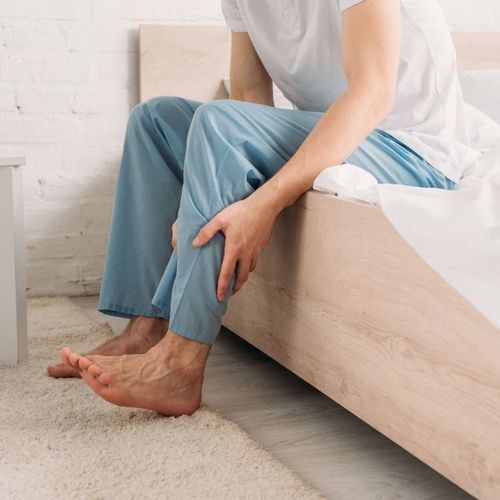 Restless Legs Syndrome Can Be Cured 70% Of the Time

An estimated one in 10 adults experiences A some degree of restless legs syndrome (RLS), but fewer than 10% of patients who tell their physicians about their symptoms are diagnosed with RLS.

RLS symptoms are vague and hard to describe -patients use words like "tingling," "crawling" and "creeping" to explain uncomfortable sensations and/or pain in the legs and, in some cases, arms. Sensations mainly occur (or worsen) at night. A neurologist or sleep specialist can diagnose and treat RLS.

Latest development: The US Food and Drug Administration (FDA) recently approved ropinirole (Requip), the first drug specifically to treat RLS. It can eliminate or greatly reduce symptoms in 70% of patients-without the relapses that often occur when using other drugs.

RLS is believed to be caused by low levels or the impaired transmission of dopamine, a neurotransmitter that controls muscle movement. The majority of RLS patients have the idiopathic form, which has no known cause. Less commonly, RLS is a secondary disorder caused, by...

Iron deficiency. Low levels of iron may inhibit dopamine production. If you are diagnosed with RLS, have your iron levels checked.

Recommended: If your iron (serum ferritin) level is below 50 micrograms per liter (mcg/L), ask your doctor about taking 325 milligrams (mg) of iron and 200mg of vitamin C (to enhance iron absorption) daily. It may take months for iron supplementation to improve this type of RLS. Treatment should be monitored by a doctor to prevent iron overload.

Peripheral neuropathy. This nerve damage, which often triggers pain in the legs and/ or arms, is caused by chronic diseases, such as diabetes (which constricts the blood vessels that supply the nerves) or alcoholism (because of its toxic effects on the nerves and often an accompanying vitamin deficiency due to poor dietary habits).

Recommended: If you have a history of diabetes, alcoholism or another condition that can cause nerve damage and you have RLS, ask your doctor about getting an electromyogram (EMG). This test assesses the electrical activity in the muscles. It is usually combined with a nerve conduction velocity test, in which a nerve is stimulated by a mild electrical impulse and the speed at which the nerve carries the impulse is recorded. Together these tests can determine whether RLS may be due to nerve damage. Peripheral neuropathy may be reversed by treating the underlying disorder. Antidepressants, analgesics and antiseizure drugs help reduce RLS symptoms linked to neuropathy.

Pregnancy. This is a common cause of RLS' The exact mechanism is unknown, but iron-deficiency anemia, hormonal changes and poor circulation may be culprits.

Recommended: Ferritin levels should be checked to rule out iron-deficiency anemia. No drugs to treat RLS are considered by the FDA to be completely safe during pregnancy...and symptoms usually disappear within one month of delivery.

Until recently, the main treatment for unexplained RLS was the Parkinson's drug levodopa (Larodopa). It is effective initially, but approximately 80% of patients experience augmentation, or a worsening of symptoms, within a few months of starting the medication.

When it helps: Levodopa is a short-acting drug that's good for patients who experience RLS episodically-on planes, for example, or a few times a week at home. Because of the high risk for augmentation, levodopa is usually taken only intermittently as needed.

New approach: Studies show that ropinirole, approved by the FDA in May 2005, can significantly improve symptoms.

Ropinirole is a dopamine agonist, a class of drugs that stimulate the brain's dopamine receptors and make dopamine work more efficiently. Dopamine agonists are currently the best treatment for RLS. Others include pramipexole (Mirapex) and pergolide (Permax).

Dopamine agonists typically relieve symptoms in less than one month and are effective for more than two-thirds of RLS patients. Unlike levodopa, dopamine agonists are not associated with augmentation and appear to remain effective for as long as they're taken. They are typically well-tolerated, but side effects may include nausea, dizziness, sleepiness, fainting and low blood pressure.

Some patients don't respond to ropinirole or other dopamine agonists, or their symptoms are not severe enough to justify taking these drugs for life. Other choices...

Opioids, such as codeine and hydrocodone, relieve RLS in most patients. Because opioids can be addictive, they are recommended only for patients who need occasional relief or when symptoms aren't relieved by other treatments. Side effects include drowsiness, stomach upset and constipation.

Sedatives, such as clonazepam (Klonopin), help patients fall asleep and make RLS symptoms less noticeable. However, it is unclear whether they directly improve RLS. Because of side effects (drowsiness and the risk of addiction), these drugs are usually used for patients who need occasional relief or who don't respond to other treatments. 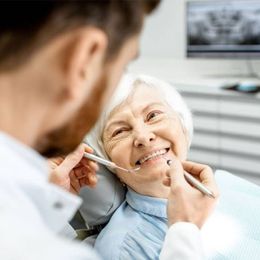 Rosacea: Millions Have This Skin Disease and Don't Know It 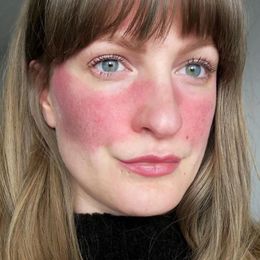