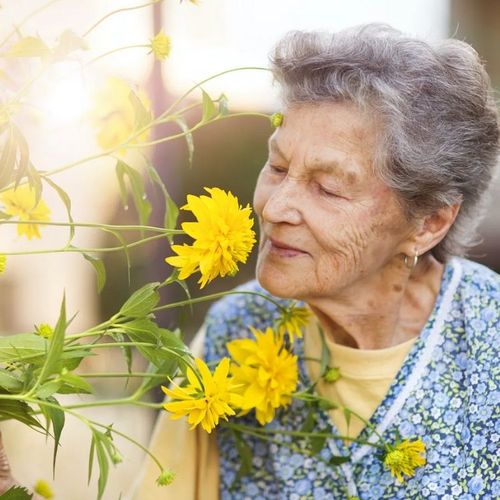 Half of all people over age 65 have a diminished sense of smell, called hyposmia. Although this condition often is a normal part of aging or a temporary symptom of a cold, it also can indicate a serious medical problem.

Head injury and neurological conditions, such as Alzheimer's disease, are associated with hyposmia. A loss of smell can be the first symptom of a tumor on the hypothalamus (a region of the forebrain that controls body temperature and appetite) or a nasal polyp.

Hyposmia also is linked to an underactive thyroid (hypothyroidism), which is diagnosed by a simple blood test and treated with a thyroid hormone replacement medication. Diminished sense of smell is an early symptom of some forms of breast cancer, as well.

If a medication is to blame, a doctor often can alter the dosage or substitute a different medication.

Danger: Without smell, the ability to savor food is greatly impaired. No longer able to smell or taste, people who have hyposmia often overeat and/or use too much salt on their food, unhealthful practices that can result in obesity and/or high blood pressure.

How to protect yourself...

Test your sense of smell. Have your spouse or a friend prepare separate dishes of chocolate and vanilla ice cream. While blindfolded, taste a spoonful of each. If you can identify the flavors, chances are your olfactory system is functioning properly. Approximately 90% of what we perceive as taste really is smell.

If you are concerned about the results of your self-test, or think your sense of smell may be impaired, speak to your doctor about a "smell test."

During such a test, your doctor will probably ask you to close your eyes. He/she will then wave a strong-smelling object, such as an alcohol pad, about seven inches from your nose. If you can identify the odor, your sense of smell is most likely normal.

You also may receive an olfactory threshold test-a presentation of bottles that emit various odors, such as rose or chemicals, in different concentrations-to detect your smell acuity.

Also included is a smell identification test in which you are asked to identify different odors, such as soap, coffee and cloves.

Important: Before visiting your doctor, list all the drugs you take. 'Write a brief description of any recent illnesses, including primary symptoms, and whether the condition worsens or improves at certain times. Also note whether you have any relatives who have hyposmia. In some people, the condition may have a genetic link.

If your primary doctor is unable to diagnose your problem, he may refer you to an ear, nose and throat specialist (otolaryngologist) if he suspects a nasal condition, such as nasal polyps or structural lesions obstructing airflow to the nose. If there are signs of a neurological problem, such as a brain tumor or multiple sclerosis, your doctor may refer you to a neurologist.

Good idea: If you determine that your sense of smell is impaired, get a "smell buddy," a person whom you trust to tell you whether you have foul-smelling breath or offensive odors in your home.

Make sure you have a working smoke detector and gas detector-as well as a carbon monoxide detector (even though this gas is odorless). All these products are available at hardware stores.

How to improve your sense of smell

Ask your doctor about taking phosphatidylcholine. This dietary supplement improves the sense of smell by raising the levels of the brain chemical acetylcholine, one of the neurotransmitters involved in the transmission of the olfactory impulse. Phosphatidylcholine is available in health-food stores.

Typical dose: 9 grams per day taken in a divided dose at breakfast, lunch and dinner. 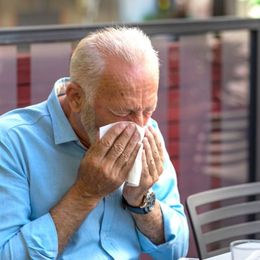 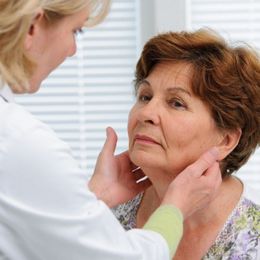