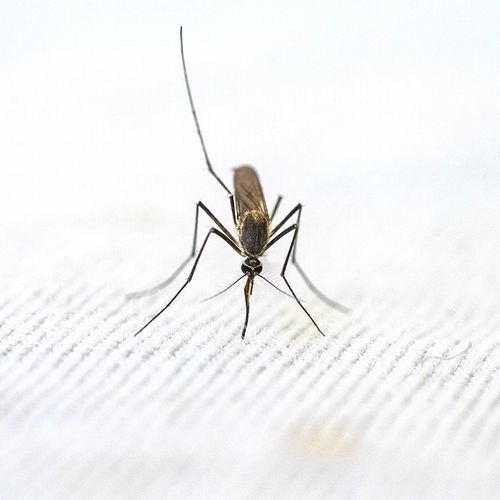 In an important first, a new vaccine has been shown to cut the risk of malaria in young African children by about half, according to researchers.

Although the effectiveness shown in this Phase 3 trial is far less than the near-100% effectiveness often seen in childhood vaccines for other illnesses in the West, the findings are promising, given that malaria kills some 800,000 people in sub-Saharan Africa alone each year.

"This potentially translates into the prevention of tens of millions of cases of malaria in children," said Tsiri Agbenyega, PhD, a principal investigator of the trial.

"This is really important because it's a viable strategy against a major killer of children in the world," added Kenneth Bromberg, MD, chairman of pediatrics and director of the Vaccine Research Center at the Brooklyn Hospital Center, New York City.

This is also the first vaccine that is successful against a parasite-in this case, Plasmodium falciparum, which causes mosquito-transmitted malaria

The results—the first from the Phase 3 trial—were announced at the Malaria Forum hosted by the Bill & Melinda Gates Foundation in Seattle, and published simultaneously online in The New England Journal of Medicine.

The trial was funded by GlaxoSmithKline (GSK) Biologicals and the PATH Malaria Vaccine Initiative, which are developing the vaccine together with African research centers.

Speaking at a news briefing, Andrew Witty, CEO of GSK, said he is "hopeful we're going to be able to bring the vaccine to children in Africa perhaps as early as 2015."

Details Of The Trial

The trial enrolled more than 15,400 children from seven countries in sub-Saharan Africa in two age groups: six to 12 weeks old and five to 17 months.

Children were assigned to one of two groups, one receiving the vaccine (called RTS,S/AS01) and the other receiving a placebo. Seventy-five percent of both groups also followed conventional preventive measures, namely the use of insecticide-treated bed nets in the home.

The announcement addressed only the results from 6,000 children in the older age group who were followed for a year after vaccination.

For infants five to 17 months old, three doses of the vaccine reduced the rate of severe malaria by 47% and less-severe cases, characterized by fever and chills, by 56%. Severe malaria can affect the blood, brain or kidneys and can be fatal.

The less impressive results in regards to the more severe malaria cases was not surprising given that similar results had been seen in the Phase 2 trial, said Dr. Agbenyega, who is also chair of the Clinical Trials Partnership Committee, a collaboration of scientists, academic partners and others engaged in malaria prevention.

"Obviously, one would want to have higher efficacy when it comes to severe disease, but we're hoping we can still improve on the vaccine as we go along," he added.

In both groups together, the vaccine cut the rate of malaria by about 35%

"Children have a relative immune deficiency between the time they lose their antibodies from their mother until their own immune system kicks in at six to nine months," explained Bruce Hirsch, MD, attending physician in infectious diseases at North Shore University Hospital in Manhasset, New York. "A vaccine like this could help bridge that gap."

While noting that the results were "gratifying." Dr. Hirsch also cautioned that "the efficacy rate is not 100% and these are preliminary results."

Side Effects Of The Treatment

Side effects were about the same in both groups and "were what you might typically see with other childhood vaccines-low-grade fever and some swelling at point of injection," said Dr. Agbenyega.

Seizures in participants were attributed to malaria.

Data on the six-to 12-week age group should be available by the end of 2012, said Dr. Agbenyega.

The authors are also awaiting 30-month follow-up safety and efficacy data by the end of 2014.

Calling the trial results a "promising advance," the US Centers for Disease Control and Prevention said the vaccine builds on already successful efforts to beat back malaria in poorer countries.

"The vaccine provided this protection in settings where there is ongoing use of other effective malaria prevention and treatment interventions: bed nets, antimalarial drugs, indoor residual insecticide spraying to prevent mosquito-borne transmission, and drugs to protect pregnant women and their fetuses from malaria's adverse effects," the CDC said in a news release.

Efforts to help prevent malaria in these ways are working, the agency said, and many countries have seen decreases of up to 50% in deaths of children younger than five years."

The final results of the vaccine trial will eventually be submitted to health regulators in Europe and elsewhere for approval. There are no plans to file for approval from the US Food and Drug Administration at this point.

According to Witty, GSK plans to make the vaccine available at the lowest price possible," with only a 5% profit margin, which will be reinvested into research into malaria and other neglected tropical diseases."

Measles on the Rise

Did you know that the largest measles outbreak in 15 years is due to unvaccinated travelers from Europe? In 2011 there were more than 10,000 cases of measles and at least six deaths in France alone...and thousands more cases have been reported in 38 European countries. According to the Centers for Disease Control and Prevention, 222 cases of measles were reported in the US alone (the average is 60 per year). The CDC advises that all adults and children update their measles vaccinations.

Everyone born between 1945 and 1965 should be tested for hepatitis C. Most people with the virus acquire the infection 20 to 40 years before having any symptoms. If an infection is detected, drug treatment reduces the likelihood of serious consequences, such as cirrhosis and liver cancer, by about 97%. Universal testing would detect 800,000 new cases of hepatitis C and prevent 82,000 deaths.

One reason baby boomers are at increased risk: They may have had transfusions before the blood supply was fully monitored.

Delays in the diagnosis and treatment of Lyme disease can lead to muscle, nerve and organ damage.

Self-defense: An experimental antibiotic gel, applied soon after a tick bite, kills bacteria before it can spread and cause infection, according to German researchers. 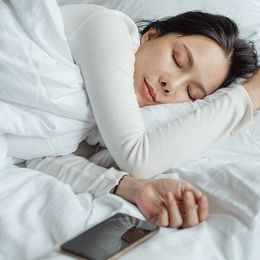 How Your "Body Clock” Affects Your Health

FDA Makes Move to Help Those With Type 1 Diabetes 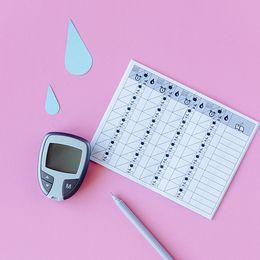