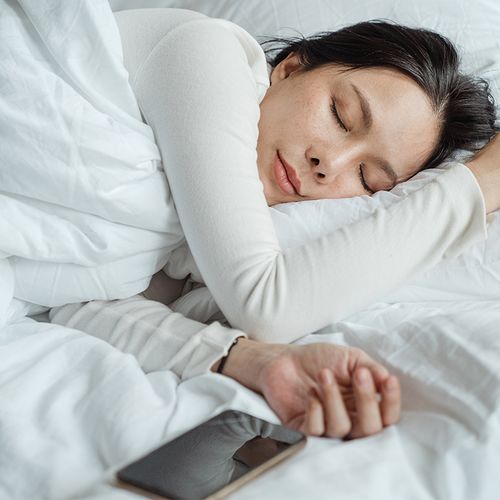 How Your "Body Clock” Affects Your Health

For most of us, our bodies need a day or two to adjust when we travel across time zones or change the clock.

But increasing evidence now shows that chronic (or even occasional) interruptions in our circadian rhythms-the 24-hour cycles that regulate sleep and wakefulness-may affect our health more than we thought.

What's new: The brain used to be considered the body's only biological "clock." Now researchers are finding that many cells in the body have "clock genes" that regulate their activity—for example, organs such as the liver also have cycles.

Exposure to light is one of the main factors for maintaining, or changing, our daily rhythms. And our modern society has essentially turned night into day with near-constant exposure to lights, TVs, computers and other electronic gadgets. In many cases, our bodies haven't adapted, and it's putting us at increased risk for health problems.

Age is also a factor. Older adults tend to have a weaker circadian orchestration of physiology, which means the body's clocks are less able to work together-a problem that has been linked to heart disease.

What you can do: Here's how to help manage your body's internal clocks so that you minimize your risk for health problems, such as…

Seasonal affective disorder (SAD), in which episodes of depression increase in the fall and winter when there are fewer hours of daylight, is thought to be caused in part by changes in the circadian cycles.

Simple self-defense: Light therapy, which involves the use of indoor light that mimics sunlight.

Light boxes, available at many pharmacies and online retailers for about $100 to $400, are typically used for a half hour or longer each morning. Exposure to the light increases alertness, and repeated exposure can help fight SAD.

Caution: If you have cataracts, glaucoma or another eye condition...or take medications that increase your skin's sensitivity to light, be sure to consult a doctor before using a light box. In addition, light boxes may trigger mania in people with bipolar disorder.

More than half of heart attacks occur in the six hours between about 6 am and noon. The greater frequency probably is due to several circadian factors, including body position—most people experience about a 10-to-25-point increase in systolic (top number) blood pressure when they rise from bed in the morning, What's more, people who have a heart attack in the morning are likely to suffer more damage to the heart than those who have heart attacks later in the day.

Recent finding: In a study published in Heart, researchers analyzed data from 811 patients who had suffered heart attacks. Those whose attacks occurred in the morning were found to have about a 20% larger infarct, an area of dead tissue, than those whose attacks happened later in the day. It's not known why morning heart attacks are more severe.

Caution: In most people, blood pressure rises in the morning, then dips slightly in the afternoon and falls during sleep. However, some people don't have these periodic declines. Known as "non-dippers," they're more likely to have a heart attack than those who experience normal cycling.

Simple self-defense: Get out of bed slowly. In addition, because high blood pressure is a leading risk factor for heart attack, people who take blood pressure-lowering medication may benefit from timing it so that they get the greatest reduction in the morning.

People with asthma are more likely to need emergency treatment between 10 am and 11 am than at other times of the day, research has shown. The use of rescue inhalers also increases during the morning.

Reason: Lung movements are reduced during sleep and soon after waking up. This impairs the elimination of mucus, which can lead to congestion and difficulty breathing several hours later.

Simple self-defense: If you have asthma and use a bronchodilator, such as one containing theophylline (Uniphyl), talk to your doctor about taking your last dose of the day a few hours before bedtime. This allows the active ingredients to increase through the night and reach peak levels in the morning.

Several studies have shown that people with poor sleep habits (especially those who sleep five or fewer hours per night) are more likely to be overweight-and have a higher risk for diabetes. Now researchers are speculating that disruptions in circadian rhythms may be to blame.

Recent research: In lab studies, mice with a genetic mutation in the part of the brain that synchronizes circadian rhythms ate all day instead of just in the evening, the time that they're normally active. They were more likely to be obese and also had high blood sugar.

Why does this occur? A protein called cryptochrome stimulates the production of bepatic glucose, a sugar used for energy. In humans, cryptochrome is normally suppressed during the day, when energy is supplied by eating, and increased at night to provide energy while we're sleeping. Research has shown that a disruption in sleep-wake cycles causes a prolonged elevation of cryptochrome and an increased risk for obesity and diabetes.

Simple self-defense: To help minimize your risk for weight gain and diabetes, be sure to keep a regular sleep schedule. Go to bed at the same time every night, and get up at the same time in the morning Aim for seven to eight hours' sleep each night, and don't change your routine on weekends. If you work at night, use heavy curtains to block sunlight, and turn off telephones so that you can sleep during the day.

Feel drowsy after lunch? Blame your circadian rhythms. It's normal for body temperature, blood pressure, metabolism and cognitive abilities to decline in the afternoon.

The peak mental hours for most adults are from about 7 am or 8 am until early afternoon. This is followed by a brief (one-to two-hour) dip, after which energy rises again until later in the evening.

Simple self-defense: If your job and lifestyle allow it, take a brief (20-to 30-minute) nap in the afternoon. Or, if that's not possible, try to schedule less demanding tasks during the "dip" period. 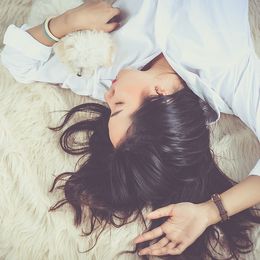 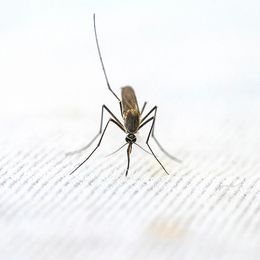