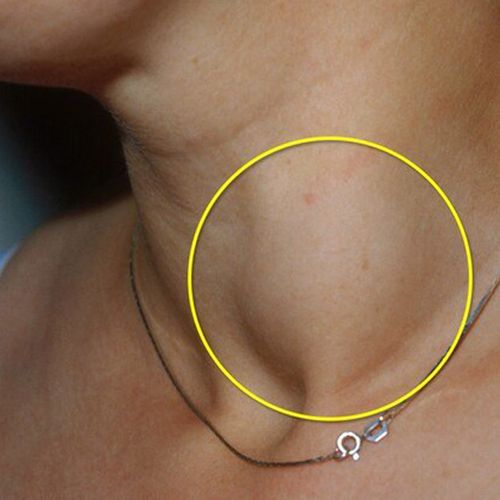 People who were exposed to radioactive gas released by a nuclear weapons facility in Washington state during the Cold War have not, as many expected, experienced higher rates of thyroid cancer, according to a new study.

Government documents made public in 1986 revealed that, between 1944 and 1957, operators of the Hanford Nuclear Site intentionally discharged significant amounts of gas containing iodine 131—a radioactive form of the element and a carcinogen linked to thyroid cancer. Iodine 131 is produced during a nuclear explosion.

Residents who lived in the area, known collectively as "downwinders," have pushed hard since then to determine the potential health risks, if any, of their exposure to this toxin.

The study followed up 3,440 people who were born and raised in the Hanford area and exposed to relatively high levels of iodine 131 during those years. Their lifetime risk of thyroid disease was compared with people who were exposed to low levels of the substance. The study found no evidence linking exposure to airborne iodine 131 in childhood or youth to a heightened lifetime risk for thyroid cancer, or other thyroid disorders.

"This is certainly one of the most comprehensive investigations of exposure of this type ever conducted," says lead researcher Scott Davis, professor of epidemiology at the Fred Hutchinson Cancer Research Center and the University of Washington, both in Seattle.

He notes that while no epidemiological study can guarantee absolute proof of a lack of carcinogenic effect, this study had sufficient data to do so.

The findings may help ease the concerns of some downwinders, but they are unlikely to convince everyone who grew up there. Jude Van Buren, an epidemiologist with the Washington State Department of Health, was born in 1953 in Pasco, Washington, close to the Hanford site. She spent the first 20 years of her life in the area and served as a longtime member of the Hanford Health Effects Subcommittee, a panel convened by special federal charter to represent citizens potentially affected by the Hanford emissions. That committee was officially disbanded in late 2003.

Van Buren concurs that Davis' $18 million study "uses the best tools we have available to us in science right now." But, she says, although the study group is large by most standards,

it's still very difficult to get an epidemiological study big enough to really understand very subtle changes in exposed versus unexposed individuals."

Further, in Van Buren's opinion, the study didn't include a true control group-individuals totally unexposed to iodine 131. "In the study, the exposed' group were in counties (around Hanford) that were heavily exposed," she explains. "And what they called the 'non-exposed’ were actually in counties where people still got exposure, but just not so much. So you're not comparing no exposure to a lot of exposure."

Finally, Van Buren notes that certain thyroid conditions, including a dysfunction called autoimmune thyroiditis, are notoriously difficult to diagnose, even by thyroid specialists.

"This was the study that decided (the Hanford release] was not a health problem," she explains. "But I think there's a lot of downwinders-people who live in eastern Washington or who lived there when they were growing up-that probably don't believe this. I, myself, am not sure there wasn't an effect."

Trust Is A Factor

A legacy of public suspicion hasn't helped matters, either. Documents reveal that during and after World War II, the public had little information on activities at the Hanford site, which was used to reprocess nuclear fuel to gain plutonium for use in atomic weapons.

"The whole Hanford project was a secret," Van Buren says. "In 1949, after the war, there was an intentional release of iodine 131-this was called the 'Green Run.' They released it into the environment, knowingly exposing people, just so they could see how far it would spread. They knew it was dangerous, but they felt because the exposure) was so minimal, it wasn't going to be a problem.

"Those records weren't released until 1986, so it's hard to trust the government if you've grown up in an area where you've never been told the truth," she says.

Davis acknowledges that the findings, while strong, will still leave many Hanford residents with lingering doubts. "Some people were reassured by these results and felt more at ease knowing there was no large, demonstrable effect from the Hanford release," he says. "Others weren't convinced at all."

Van Buren, whose opinions do not reflect those of the Washington State Department of Health, believes that exposed individuals should remain cautiously optimistic and pay attention to their health.

The study, she believes, has made people more aware that they need to take responsibility for their health, get regular checkups and monitor their thyroids. 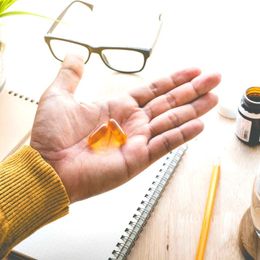 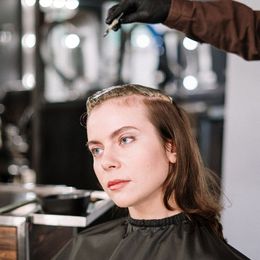