When we are faced with emotional difficulties. doctors often recommend drugs or psychotherapy-but drugs have side effects, and some people are not comfortable with psychotherapy.

But there is another way. If you experience anxiety, depression or the effects of stress, you can try to regain balance by applying methods that have been proven to trigger the mind's own healing powers.

As the nervous system adapts to changing conditions inside and outside the body, the heart rate adjusts, speeding up and slowing down. Under stressful conditions, it becomes chaotic, like the driving of someone who incessantly shifts between the brake and the accelerator. You can train your heart to run smoothly, and researchers have found that smoothing out the heart's rhythm calms the brain.

Example: In a Stanford University study of people who had heart failure, stress declined by 22% and depression by 34% after six weeks of cardiac coherence training (CCT). CCT involves using biofeedback to control the moment-to-moment changes in heart rate.

Exercise to calm your heart: Take slow, deep breaths, and center your attention on your heart. Imagine that you are breathing in and out through your heart...imagine how each inhalation brings in oxygen to nourish your body and each exhalation dispels waste.

Visualize your heart floating in a lukewarm bath. Be aware of a warm feeling in your chest. Focus on it and encourage it by taking slow and deep breaths.

Even when you're not under stress, practice this exercise so that you can easily do it whenever you need to. I find that 10 minutes before bed works well.

Our ancestors followed the rhythms of nature, rising with the sun and resting when it got dark. Electric lights changed all that. Now our busy lives often follow "unnatural" schedules.

The brain thrives on regularity. Try to go to bed and get up at the same time each day. It's important to awaken naturally. Being startled out of sleep, perhaps in the midst of a dream, sends you into the world off balance. Keep your shades open and rise with the sun.

If that's not practical, use a dawn simulator, a timer that gradually turns on your bedroom light. Set it to begin 30 to 45 minutes before you need to get up, to ease the transition from sleep to wakefulness. These devices cost $100 to $150. Companies that distribute them include Natural Emporium (866-285-3227, www.naturalemporium.com) and Light Therapy Products (800-486- 6723, www.lighttherapyproducts.com).

Essential fatty acids (EFAs), which come from the foods we eat, make up 20% of the brain-primarily the cell membranes and the fibers that carry nerve impulses. Of particular importance are two types of fatty acids-omega-3s, which are found in fish and certain leafy vegetables...and omega-6s, a principal component of many vegetable oils. When the brain developed, the human diet had equal amounts of both. Today, the average American diet has at least 10 times as much omega-6s as omega-3s. This imbalance plays a role in heart disease, arthritis, even Alzheimer's disease. It also raises the risk of depression.

A study in The Lancet found that people who ate fish more than twice a week were less likely to be depressed than those who ate fish less frequently. Other research has shown that supplements rich in omega-3s reduce depression, moodiness and other emotional ills. To get more omega-3s in your diet...

Eat ocean fish, such as mackerel, herring, tuna and salmon, two to three times a week.

Substitute oils that are rich in omega-3s, such as flaxseed and walnut oil, for those that are high in omega-6s, such as soy, corn and sunflower oils.

Take a fish oil supplement daily. It should contain 1 gram (g) of omega-3s. Be sure to check with your doctor-especially if you're taking aspirin or a blood thinner.

Exercise is as important for the mind as it is for the body. Studies have shown that it promotes relaxation, reduces anxiety and increases energy. Active people cope with stressful situations better than people who are sedentary.

Example: In a Duke University Medical Center study, middle-aged people who were depressed gained as much benefit from 30 minutes of walking three times a week as a comparison group who took an antidepressant.

Exertion spurs the release of endorphins, natural opiate-like brain chemicals that evoke feelings of pleasure. It interrupts the cascade of negative thoughts that perpetuate anxiety and depression. Regular exercise may also raise levels of brain chemicals that promote the growth of new brain cells. 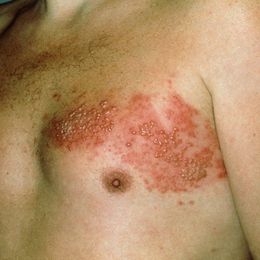 Why It's So Important to Prevent Shingles Now 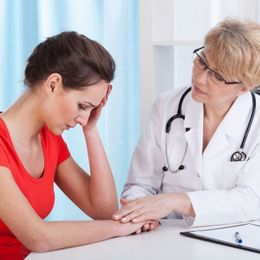