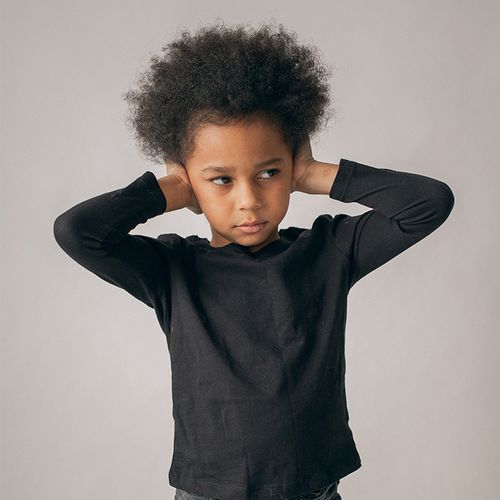 Now Hear This: Can Kids' Ear Trouble Make Them Fat?

Recent research hints at a surprising culprit for excess weight gain in kids—a chronic buildup of fluid in the ear.

The study finds that chronic middle-ear fluid is linked to alterations in children's taste buds that change their sensitivity to certain foods. This, in turn, might cause kids to eat more of these foods and push them toward obesity, the Korean researchers speculate.

Chronic otitis media with effusion (OME) "is basically middle-ear fluid that is present in the absence of acute infection for three months or more," explained Jeffrey P. Simons, MD, assistant professor of otolaryngology at Children's Hospital of Pittsburgh. "It tends not to have the classic signs of acute inflammation like pain and bulging ear drum and fever, although there can be symptoms (such as a clogged sensation in the ear or decreased hearing."

Researchers have already noted a possible link between childhood obesity and chronic OME. This team of investigators speculated that related changes in taste buds might connect the two. According to the study, chronic ear fluid and inflammation might affect a particular nerve, the chorda tympani, that controls taste at the front of the tongue.

"The nerve that supplies taste to the front two-thirds of the tongue goes right through the middle ear where the fluid is sitting," Dr. Simons, who was not involved in the study, explained. "The authors' theory is that there may be some chronic underlying inflammation of that nerve that increases sensation or increases the taste threshold," he said.

The investigators, from Kyung Hee University in Seoul, South Korea, conducted taste tests and measured body mass index (BMD) in two groups of children-42 with chronic OME who were having a tube inserted to drain the fluid from their ear and another 42 children without chronic OME. BMI is a measure of body fat calculated from a person's weight and height.

Children suffering from ear infections tended to be heavier than their counterparts. They also had reduced taste in the front part of the tongue, in particular, leading to a raised threshold for sweet and salt tastes. There was also a reduced ability to detect sour and bitter, but this was much less pronounced.

The findings are published in the Archives of Otolaryngology-Head & Neck Surgery.

A higher taste threshold could indicate that children with chronic OME need to eat more food to get the sweet and salty tastes they crave, explained the study authors. And according to Dr. Simons, that could mean taking in more calories, "resulting in a contribution to obesity."

If this, in fact, does turn out to be the case, "this may be another reason to treat chronic OME," Dr. Simons reasoned.

To see if chronic middle-ear fluid actually helps cause obesity will take "larger studies with more patients," said Dr. Simons. "As an initial study it's very provocative," he noted.

"This doesn't necessarily mean that one causes the other," added Dr. Simons.

Carolyn E. Landis, PhD, associate professor of pediatrics at Rainbow Babies & Children's Hospital at University Hospitals in Cleveland, said the connection might be the other way around, with obesity helping to cause ear infections.

"It's kind of a chicken-and-egg thing." she said. As the study noted, obese people do have a thicker fat padding around their ear, which can predispose them to ear infections.

"It would be interesting to explore this further but from this one study, we can't say much definitively," Dr. Landis said. 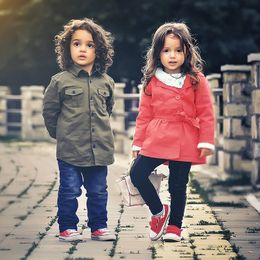 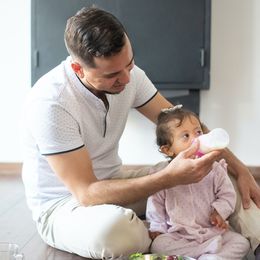